The changes that Nvidia made to the GPU resulted in a decent increase in performance. Typically somewhere in the neighborhood of 6-8% above the non-Super RTX 2080 Founders Edition. Increased performance at a cheaper price, who wouldn’t want that? However, that doesn’t mean that you should ditch your perfectly capable  RTX 2080 for the new Super variant. But what it does mean is that for those of you that want to dip your toes into the high-end GPU segment, the cost of entry is now cheaper than when the RTX 2080 first launched. 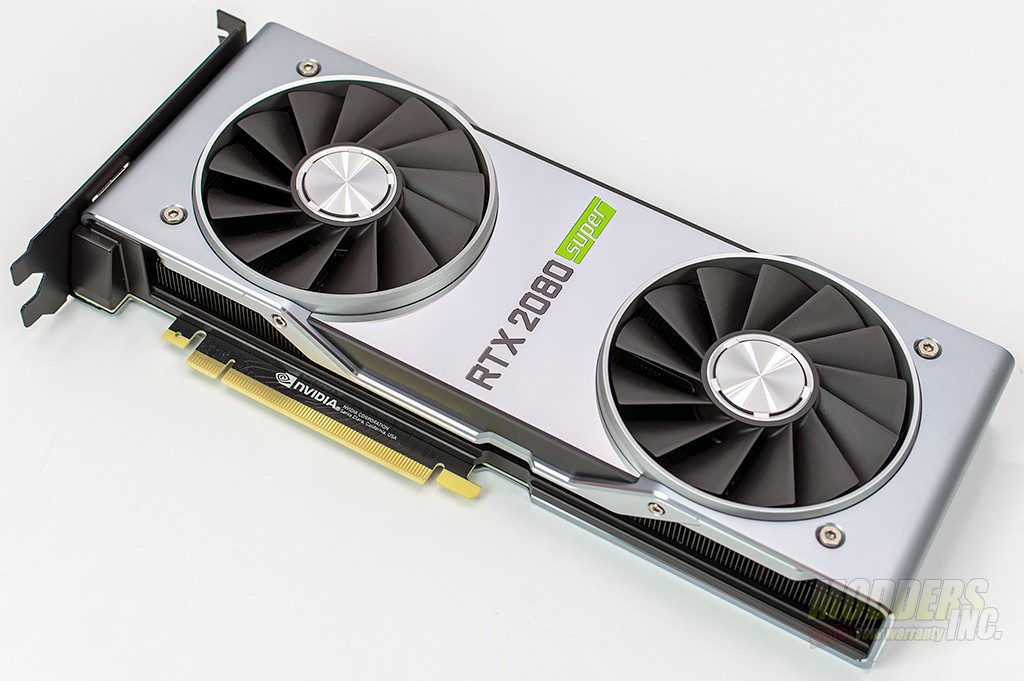 Aside from some minor exterior changes, the look of the RTX 2080 Super hasn’t changed very much aside from a splash of some green and some additional chrome. Personally, I really like the look of the new Founders Edition cards. As I’ve said before, I’m really glad to see Nvidia move away from the noisy blower-style fan and move to something a little more modern and well, frankly cools better. My past experience (pre-Turing) is that reference cards with the blower-style coolers run hot. The average temperature I saw during an hour-long gaming session was 72°C with a maximum temperature of 75°C. Fans were quiet and even at the reported 50% or 1955 RPM, the were not noticeable on the open test bench. I’m certain that AIB cards will improve upon those numbers when we see RTX 2080 Super cards released with custom coolers.

If the original RTX 2080 was a great 1440 card, the Super takes it up a notch. In my testing, all the games were set at the highest in-game settings (ultra, or highest depending on the game) and was able to exceed 60 FPS by a pretty good margin in most of the games. Initially, I held off giving the original RTX cards a rating as there wasn’t much out there for Raytracing in the form of games. Almost a year later, there are a handful released with more on the way. Enabling raytracing increases visual fidelity but incurs a performance penalty. With that, raytracing performance does get a bit of a boost. As my personal system, the resolution I game at continues to go higher. Currently, I game at 1440 and I like the fact that I can crank it up to 11 and still have extremely playable frame rates. Playing at 4K drops the performance quite a bit however, 60 FPS can be had by dropping the graphics quality down a notch or two.  Throw in G-Sync and it’s all buttery smooth.  I’m very pleased to see Nvidia make some incremental changes to the RTX line up as competition benefits us as consumers. If you’re looking to upgrade a non-turing GPU or even looking to build a high-end rig, the 2080 Super fits the bill quite well.