There are two main changes to the outside of the LD03-AF that differentiate it from the LD03.  The largest change is the inclusion of a modestly sized vent on the left side of the case.  The vent is covered by a plastic dust filter that clips into the side of the case.  The outer surface of the filter is covered in the same angled lines motif that Silverstone used on the rest of the vents on the LD03 and LD03-AF, though at a much smaller scale.  The clips that hold the filter in place are very stiff and have to be released from inside that case, so cleaning it is a little more involved than cleaning the other dust filters on the case.  Removing the side panel to clean the filter is relatively easy though, so this is not a major issue.  Putting the dust filter back into place is also a bit of a chore.  All told, it is not the most elegant dust filter solution on the market. 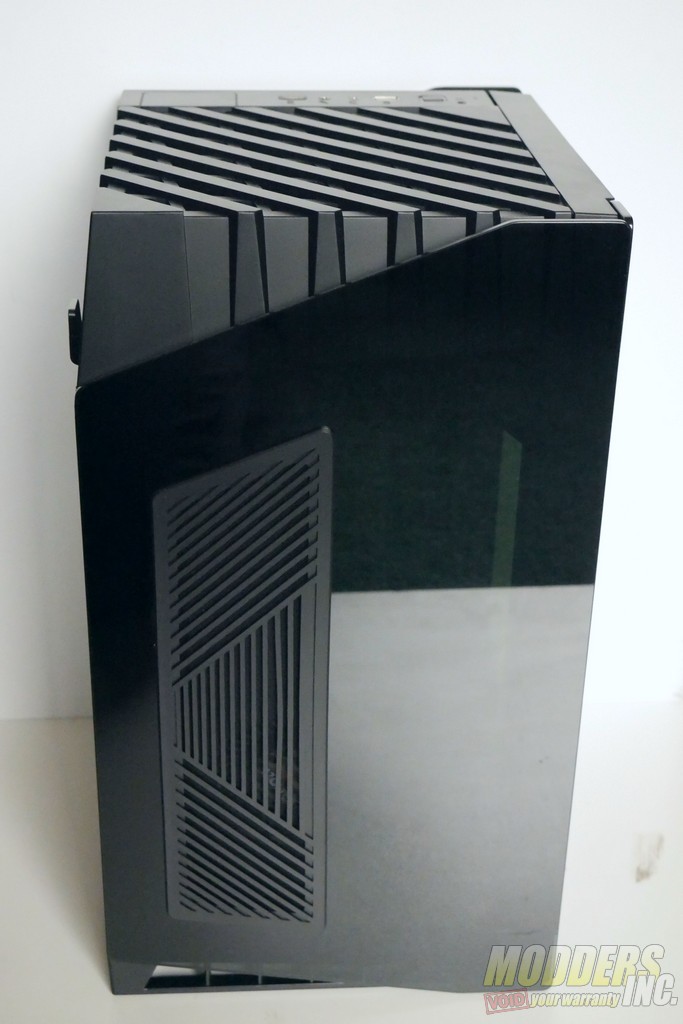 The other change to the outside of the LD03 is the USB 3.1 Type C that replaces one of the USB 3.0 Type A ports from the LD03.  It’s clear that Silverstone did not want to significantly alter their manufacturing for the LD03-AF, as the I/O shroud has not been altered for the new port.  Instead, the Type C port has an extra large plastic sleeve to fill the Type A sized hole in the shroud.  While this approach works, it isn’t very elegant and detracts from the functionality of the case for users who don’t have a USB 3.1 header on their motherboard.  A dedicated cutout for the Type C port would have been preferable, as the shroud has sufficient space, and Type A ports are currently still more useful to most users than Type C ports. 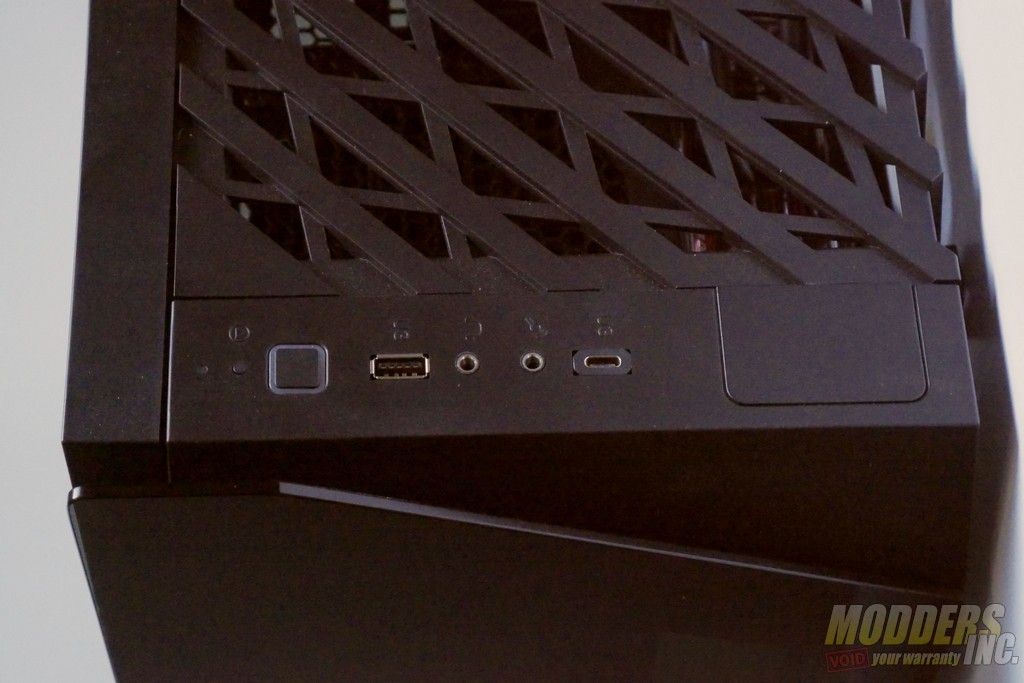 For my test build in the LD03-AF I used the following components.

The internal layout of the LD03-AF remains unchanged from the LD03, but there are two small but significant changes to the fans and drive tray.  The LD03 ships with a matched pair of FN121-P fans, whereas the LD03-AF trades the bottom FN121-P for Silverstone’s new Air Penetrator 140i fan.  At first glance this doesn’t seem particularly significant, but the 140i actually offers improvements in both airflow and static pressure over the NF121-P.  This should help improve airflow into the case, since the bottom fan has to draw air in from underneath the case.  The 140i also has the advantage of full ball bearings as opposed to the FN121-P’s sleeve bearings. 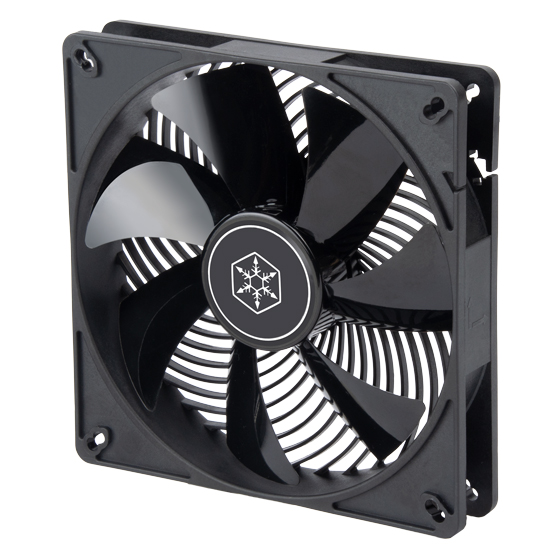 The other small change to the interior of the LD03-AF is the addition of a thin piece of foam to one edge of the drive tray.  This should help reduce noise from mechanical hard drives in the system and is a welcome addition. 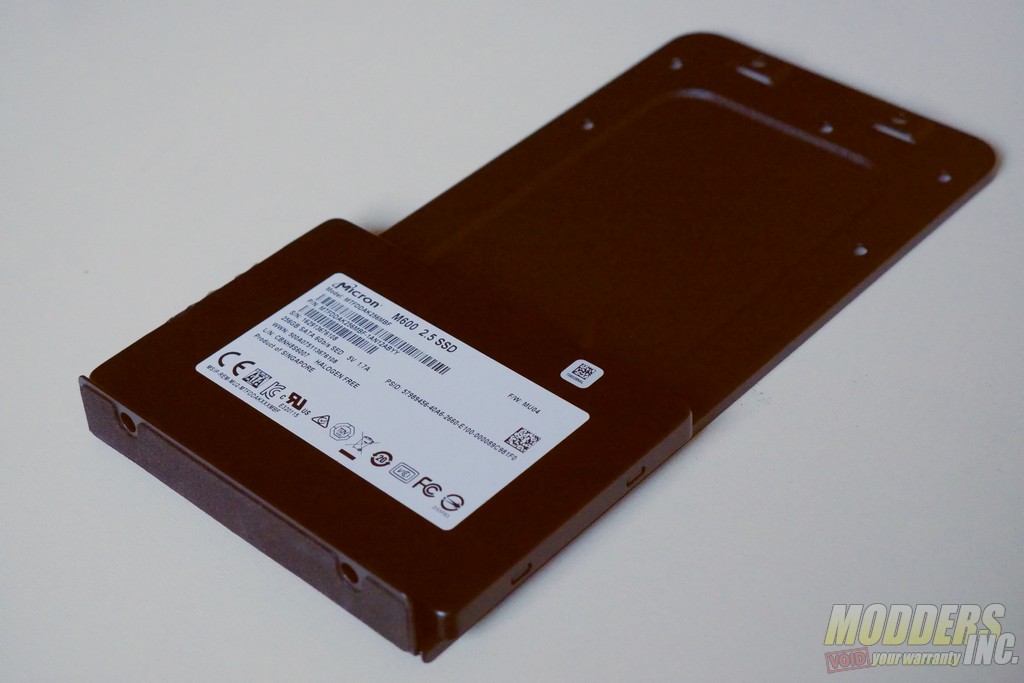 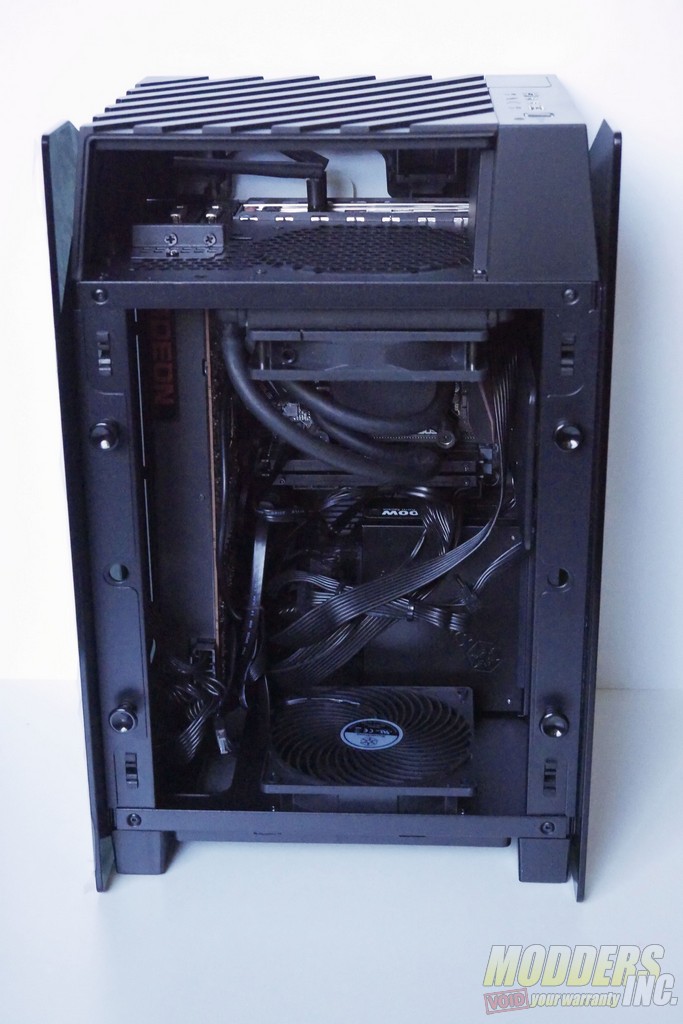 The extra ventilation does offer a wider range of options for graphics cards, however.  The ventilation allows the bottom part of the graphics card’s fans to draw in fresh air, though for some reason the vent is very close to the motherboard, so wider cards may still have trouble getting a sufficient amount of air.  This is a little disappointing, as the extra ventilation is the main selling point of the LD03-AF over the LD03. 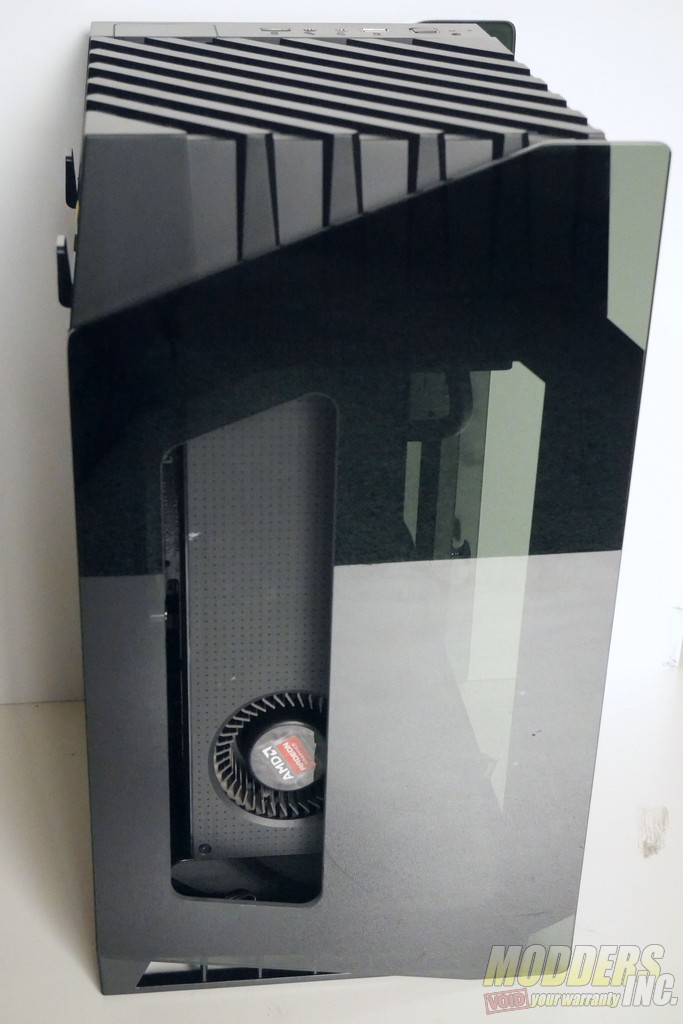