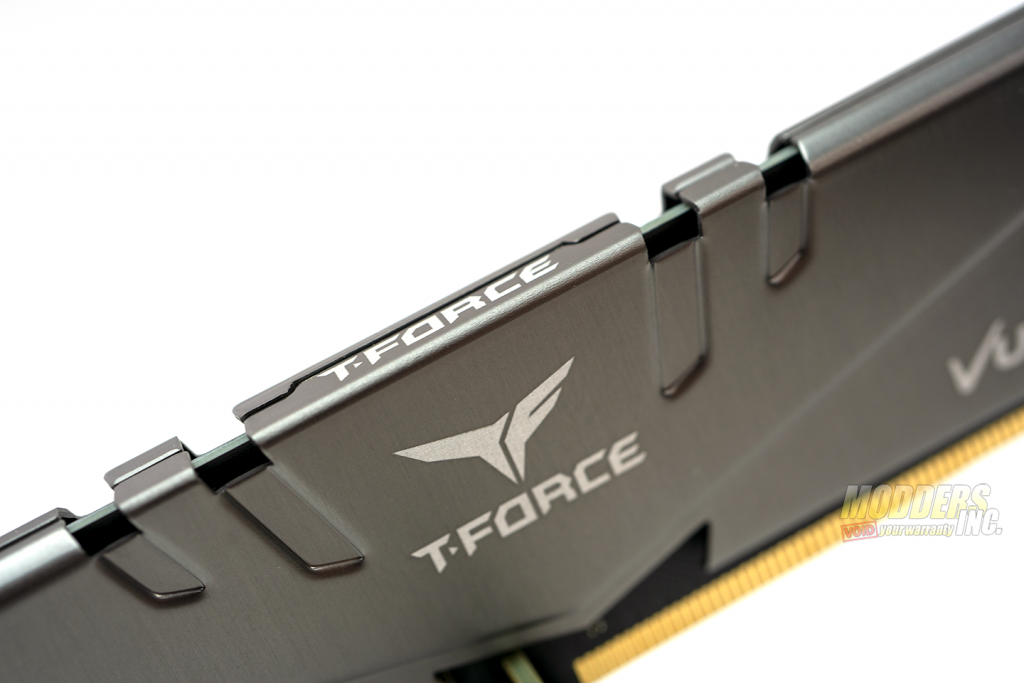 Vulcan Z DDR4 comes in several different capacities including 4GB, 8GB, 16 GB, 4x2GB, 8x2GB, and 16x2GB kits. The Vulcan Z memory measures 32mm in height by 140mm in length by 7mm in width. An aluminum heat spreader covers the Vulcan Z memory modules and comes in two colors. The available colors are gray and red. For this review, we received an 8x2GB kit with gray heat spreaders.

The memory modules on the Vulcan Z PCB are made by Hynix and rebranded for Team Group. Each DIMM has 8 x T4D10248HT-32 memory modules with each module being 1 GB of DDR4 memory. The heatsinks are held in place by very sticky thermal pads. These thermal pads are so sticky that I could only get one off of one of the DIMMs. 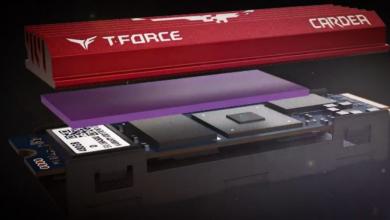