Integrating the PC into the desktop is the hottest trend in case modding at the moment and even has manufacturers such as Lian Li offering an integrated case desk line. For creative types who value personalization as much as function, the satisfaction of building your own cannot be matched by any retail offering so it is only natural that this type of modding has taken off. The larger scale of the project allows modders to show off their builds in a way that compliments the room unlike typical case mods, plus the extra space allows for flexible upgradeability and moddability down the road. Icelandic modder Josef Haraldsson with his Thor D3sk mod is one such project.

I got my first PC when I was 15-years old. It was a 233MHz Intel Pentium II with some crappy GPU from ATI and a large hard drive. Unfortunately, it is physically huge in size but it did not have a big storage space at only 6GB. The machine was able to run Hitman: Codename 47 when it first came out but there was a lot of stuttering. That was also why I started overclocking. After that,well, l I never played a game not in full specs.

I started modding a year ago, although I always did some minor changes like LED lighting, sticker removal, huge heatsinks and cooler installations, etc. Before that but I never cut out a piece of a case or painted until last year. So I am still far from a professional in this scene :) I always wanted to get into modding but just never really wanted to spend the money it costs, especially since stuff can get very expensive here in Iceland. But after I saw a few builds here and there, I wanted to try it out and thought “How hard can it be?“ and “Why not?“. The worst that could happen is that if I screw things up and make a mistake, I can just get a new one later. So that is when I bought a used HAF X with some sleeved cables from ICEMODZ.COM and started modding it, although with only minor changes first. I must admit, it was not my best work, but still I tried to improve on it ever since, learning as I go.

Daily happenings at work, traffic, while walking with dogs,etc. Sometimes from photography. There are plenty of inspiration all over the web. For the Thor D3sk, I have to admit the inspiration came from a modder named Peter Brands with his L3p D3sk at http://www.l3p.nl/l3p-d3sk/

For the Thor D3sk, I was so excited to watch the build log of the L3p Desk that I really wanted to make something like that of my own, but since I did not have have access to an aluminum factory I just made it out of the best wood I know: OAK! Well I usually try to do things so that i don’t need to have huge tools and don’t need to spend all the money on a company making things for me. If I can do it myself in a harder way, well so be it.

For me, looking into the future and planing things ahead was hard. I found that the most important thing is planning, drawing things down and working one step at a time when taking on a modding project.

Did it turn out how you thought it would? Is there anything you might have wanted to do different?

I might be getting way ahead of myself here but it is turning out much better than I thought it would. There are some minor changes I would like to do such as use 2 x 360 rads instead of 360 + 240. I am also changing things as we speak, the project is a constant work in progress. Total time was maybe six months. I built the D3sk within a month or two, and just put in all the stuff gradually. I started modding it again after using the desk for almost a year and I have been working on it ever since.

The next build will be a somewhat Desk PC for my little girl. She is 8 years old, but really likes to watch my every move when modding. I made a deal with her: If she behaves well in school and at home, she can have my current hardware and we shall build a PC together.

I cannot say more as I am still planing and thinking, plus we have to get more hardware first but I will surely let all of you know ;) Thank you for agreeing to an interview Josef and we are looking forward to seeing your next creative project.

Check out his Thor D3sk case mod log in our forums for more photos and updates on this mod: http://www.modders-inc.com/forums/showthread.php/4269-Thor-D3sk-Remod-V2-2014 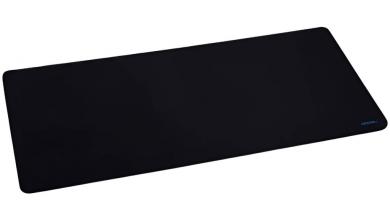