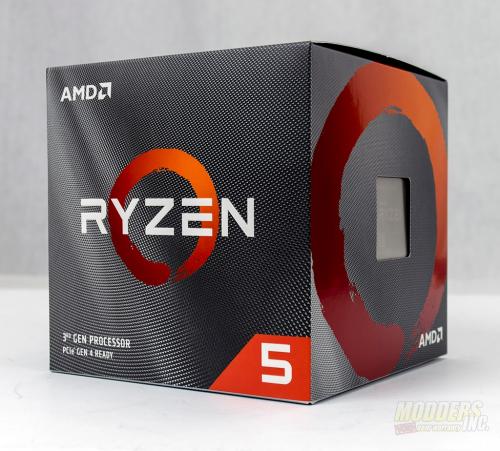 The Ryzen 5 3600X is the next CPU from AMD that we will take a look at. Our previous coverage of the new AMD CPUs focused on their 12 and 8 core versions. The Ryzen 5 3600x is a 6 core 12 thread CPU running at a base clock of 3.8 GHz with a boost clock of 4.4GHz. Over the summer, AMD released their new line up of CPUs. The new CPUs are built on a 7nm process. The Ryzen 3600X retains the “chiplet” design. The CPU cores and I/O are separate chiplets. While the CPU core chiplet is built on the 7 nm process, the I/O for the CPU is 14nm. The move to 7nm helps with thermals and power efficiency and the generational changes to the CPU architecture bring performance improvements to the Ryzen lineup.

Along with the new CPU, a new chipset for the motherboards was launched. The  X570 chipset compliments the Ryzen 2 CPU’s feature set very well. Most notably, the CPU and the chipset feature PCIe 4.0. Faster memory speeds and timings for memory get a boost as well with the new X570 chipset. While a new chipset is nice, AMD is still using the AM4 socket which also means that you can install the new Ryzen CPUs in an X470 motherboard as well.

The packaging for the Ryzen 5 3600X features the large Ryzen symbol font and center on the box. In the lower right corner, you’ll see the number 5 which indicates this is a Ryzen 5 series CPU. On the back of the box, you’ll find more information on the CPU housed inside.

After opening up the top, you’ll find a quick install pamphlet on top of a thin plastic spacer. Below that, you’ll find the CPU and the included AMD Wraith Spire CPU cooler. 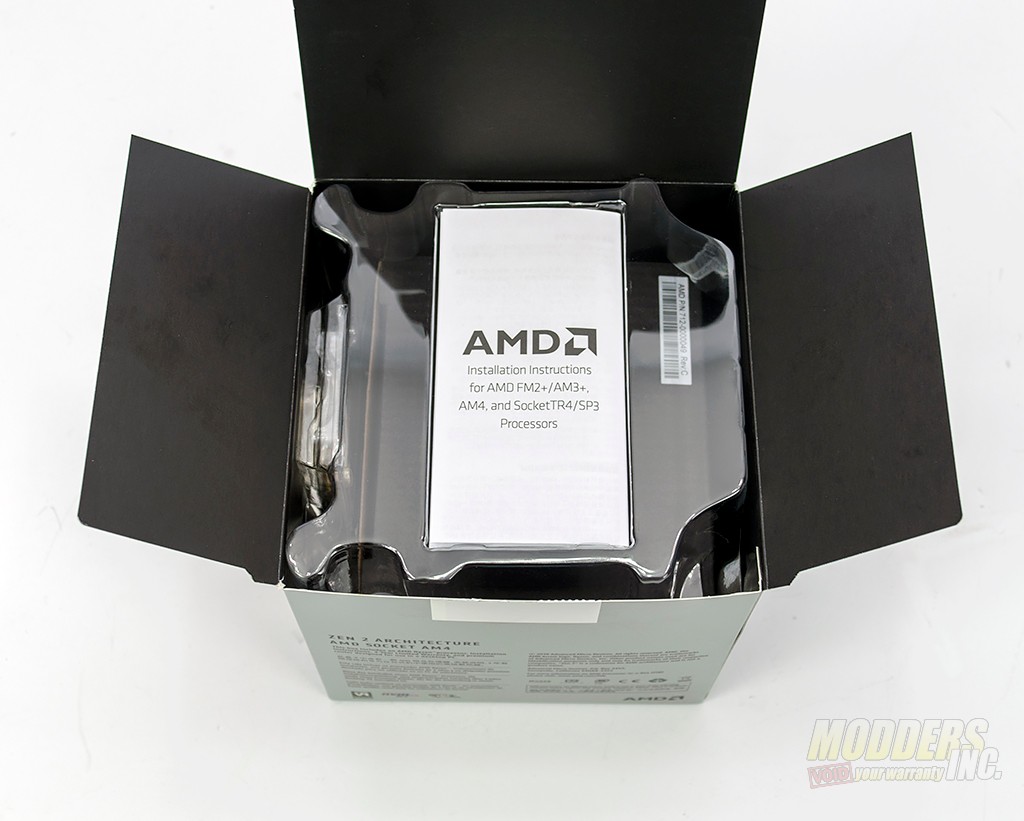 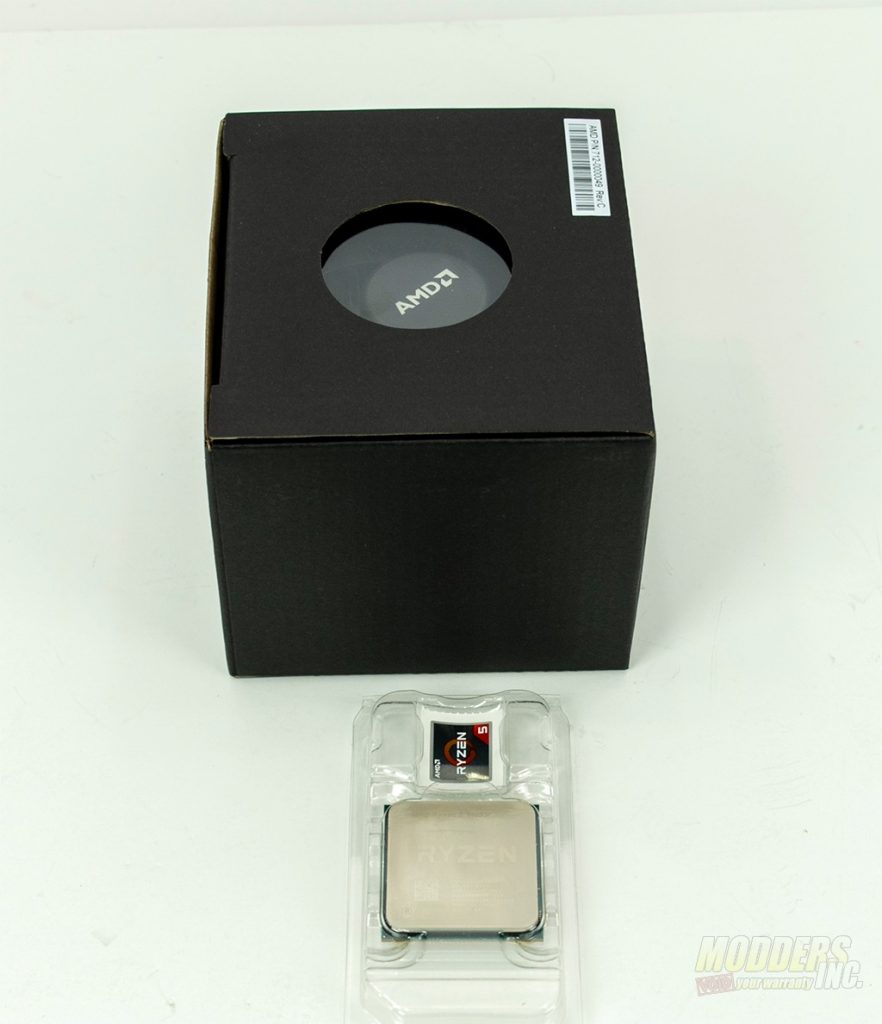 The included Wraith Spire is a no-frills cooler. The heatsink is made all from aluminum. The fan sitting on top of the cooler does not contain any lighting. On the bottom of the cooler, there is pre-applied thermal paste. Overall, I’m not overly impressed with the included CPU cooler but it should do the job well enough to keep the Ryzen 5 3600X cool. I wish that AMD would offer a no cooler option for those of us that will never actually install it and maybe save a few bucks in the process.

As far as the CPU itself, the heat spreader sits on top of the chiplets. The model name and number are located here as well. You can see this is the Ryzen 5 3600X CPU. Underneath, AMD still uses the pin grid array. 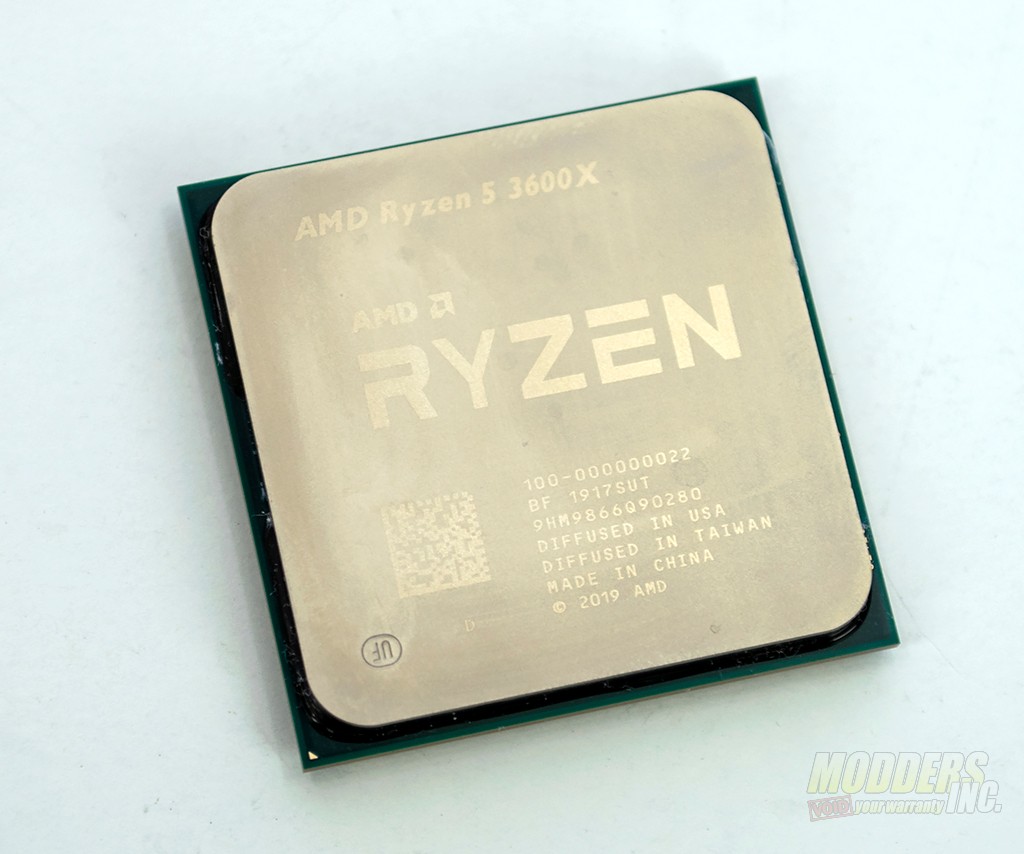