The Ryzen 5 3600X is configured similarly to the setup when I reviewed the Ryzen 7 3700X and the Ryzen 7 3900X. The CPU is water cooled in a loop that features a 360mm radiator and the EKWB AMD Velocity water block.

For synthetic benchmarks, each benchmark was run on each system three times. Then we picked the best of the three results. The system was allowed to idle in between each benchmark for no less than 30 minutes. This gives the processor time to rest and cool down a bit before the nest test is performed. The ambient temperature is kept as close to 21°c, or 70°f as possible. We use both Core Temp and Hardware Monitor to record temperatures and CPUZ to validate clock speeds and voltages.

At the top of the charts, I put the AMD Ryzen 5 3600X in direct comparison with the Intel i7 8700K as they closely match in configuration with both CPUs being 6 core/12 thread CPUs. The only hardware difference between the two systems is the CPU, motherboard, and the water blocks. 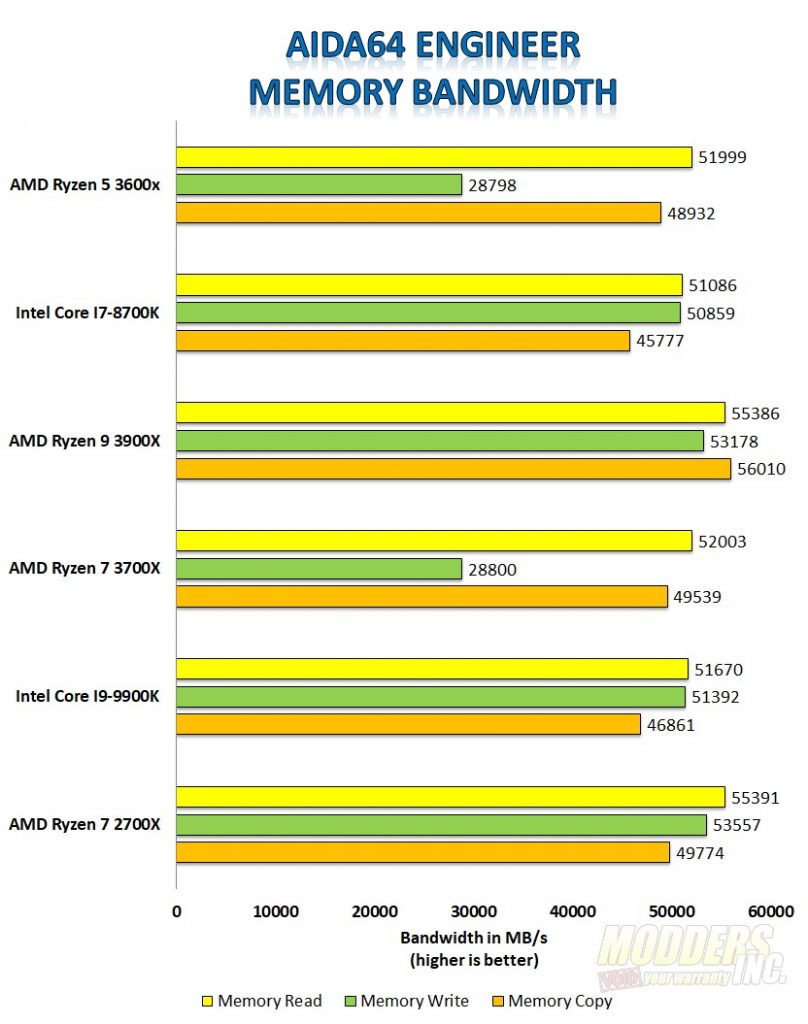 The Ryzen 5 3600X CPU can come extremely close to the higher tier AMD CPUs at 51999 MB/s read speed, 28798 MB/s write speed and 48932 MB/s copy speed. As you can see, the Ryzen 5 3600X suffers a penalty in the write performance category in the same manner as the Ryzen 7 3700X. According to AMD, there is very little pure memory write workloads so, the CCD to IO link is 32B per cycle for reads and 16B per cycle for writes vs 32B per cycle for both read and write operations on the Ryzen 7 3900X. It is nice to see that AMD can keep consistent performance between the 5 and 7 series CPUs.

The Ryzen 5 3600X competes very well in the CPU and FPU tests. Here we have a slugfest between the 8700K and the Ryzen  5 3600X. The different tests go back and forth between the two 6 core CPUs. 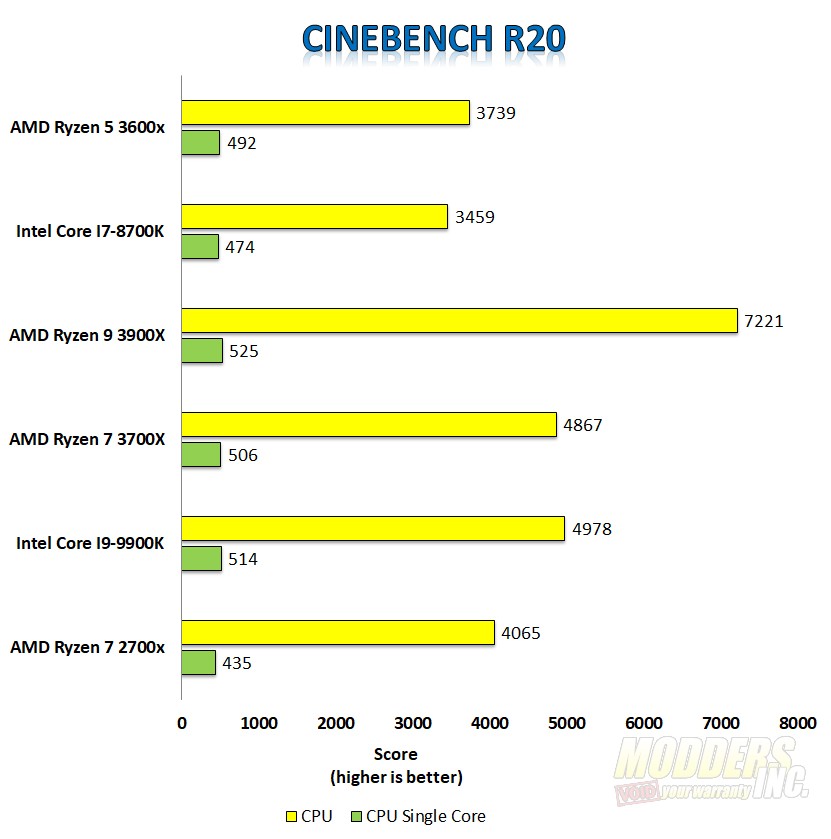 The Ryzen 5 3600X has a good showing in Cinebench. Testing shows it just slightly ahead of the 8700K and a bit behind the higher-end CPUs.

The Persistence of Vision Ray Tracer, or POV-Ray, is a ray-tracing program which generates images from a text-based scene description and is available for a variety of computer platforms. It was originally based on DKBTrace, written by David Kirk Buck and Aaron A. Collins for the Amiga computers. There are also influences from the earlier Polyray[6] raytracer contributed by its author Alexander Enzmann. POV-Ray is free and open-source software with the source code available under the AGPLv3. 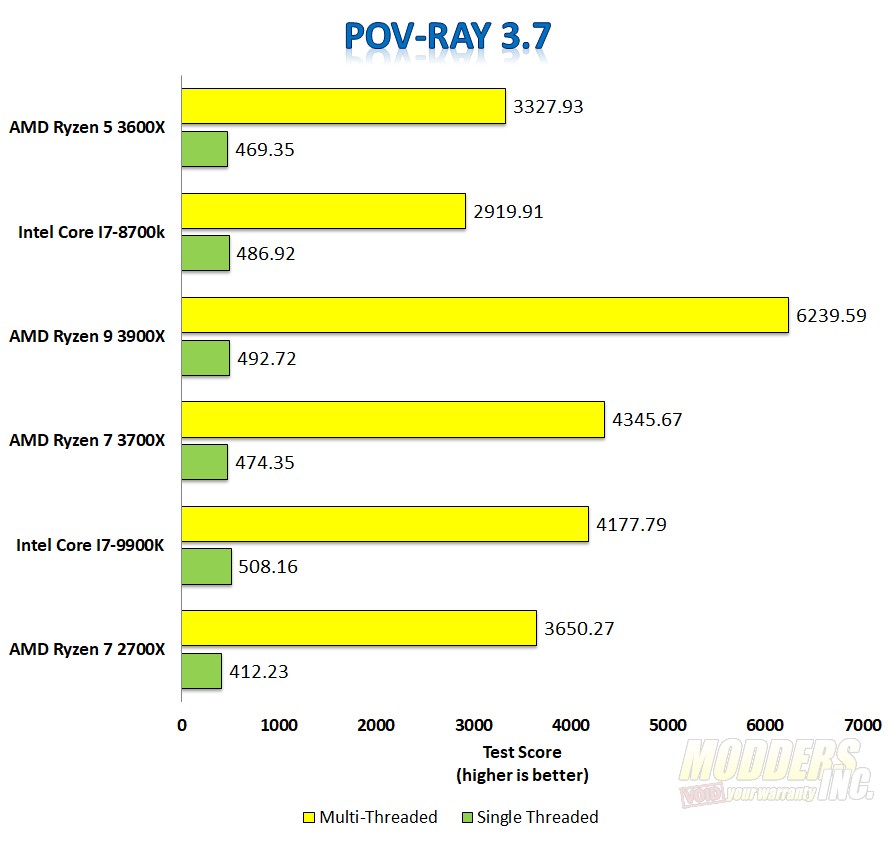 POV-RAY was an interesting test to run. In the single-threaded test, the Intel i7 8700k comes out just ahead of the AMD Ryzen 5 3600X. The results are reversed when we test multi-threaded. I think this is because of AMD’s boost algorithm and the opportunistic boosting that the AMD CPUs perform.