The layout of the MGK L80 board is 100% ANSI with 1.25x bottom row. Since there are no extra buttons, the secondary functions are accessed via combos via the Fn key where the right-hand Windows key usually is instead of in the context key area. The context key button is still there.

An arm rest is also provided and it attaches to the keyboard is via magnets. The arm rest is also made from ABS plastic and has ‘Elegantly Fierce’ laser inscribed in the right side. Rubber feet on the corners provide additional traction so it stays in place on a desk.

All three keyboards offer a ‘Gaming Mode’. In gaming mode, the system disables the Windows start key to avoid any accidental hits that would cause issues while you are gaming. While being in gaming mode, users also have the option to create and use macros.

MGK L80 has ability to record up to four macro keys for any gaming environment. Since there is no software here to customize, recording macros is as easy as hitting a button. In addition to macros MGK L80 has a set of convenience keys such as media keys and browser keys. Controlling volume is offered in form of an analog adjustment wheel which also could be used to mute volume just by pressing on the wheel.

As you can see all three keyboards are very similar in design and only difference is the macro key on the upper right corner. The RGB version of MGK L80 is completely black whereas the other two have red and blue trim respectfully.

Every MGK L80 Keyboard connects via single six foot USB 2.0 cable. The cable is braided and adds that sturdy feel to the build.  It is also worth mentioning that these keyboards support full N-key rollover via USB. As you might have probably guessed, the three keyboards are very similar in design inside as well. The internal PCB board is nearly identical. The major difference between RGB version and the Red/Blue is that the RGB version has controllers embedded in the PCB. Red/Blue versions of MGK L80 have a soldered daughter board.  The switches are plate mounted on the aluminum plate.

Each keyboard has top right switches to toggle between gaming modes and macros.  These are standard micro switches instead of mini-square switches so they are a lot more durable and tactile compared to what other keyboards use for secondary feature buttons.

There aren’t many imperfections however I found some residue of flux and what seems to me like oxidation on the PCB. Some connections did looked like they were soldered in the rush however none of this causes an issue while in operation. 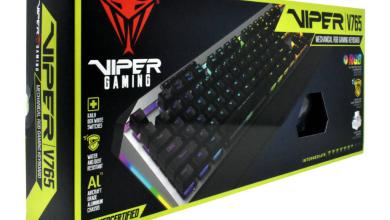 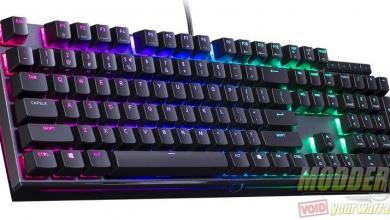 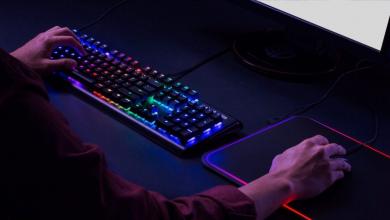