The iCUE software was set for each test. One test was done with the fans and the pump set to balanced and the other test was set to extreme. This was replicated for the overclocking tests as well.

First, we’ll look at the iCUE H115i results when the Intel Core i7-9700KF is in the stock configuration. 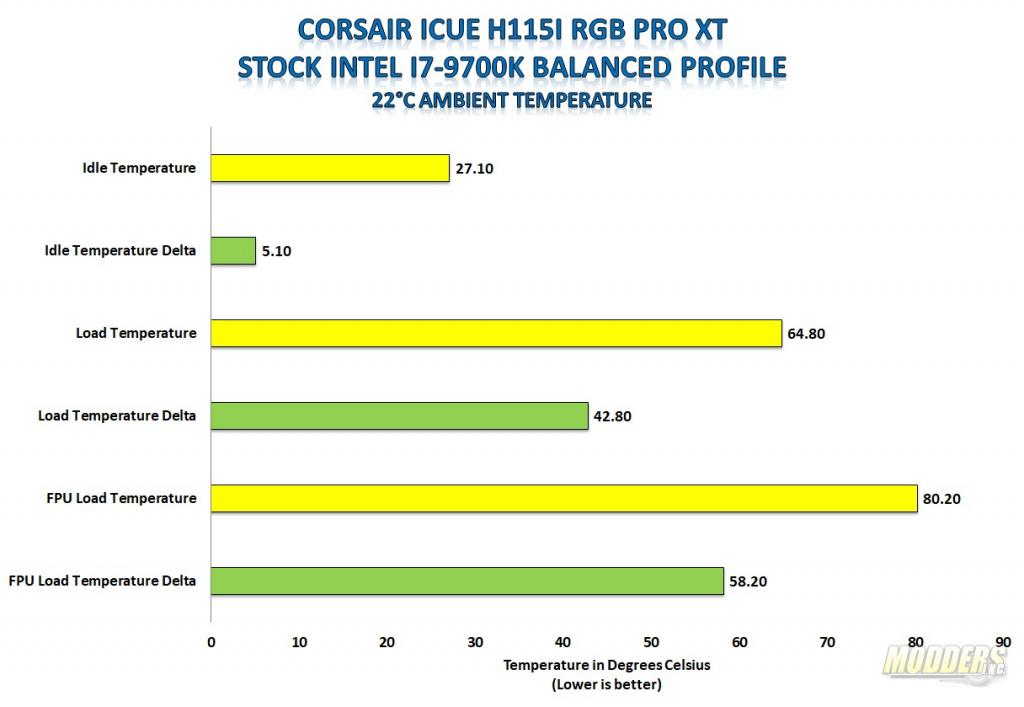 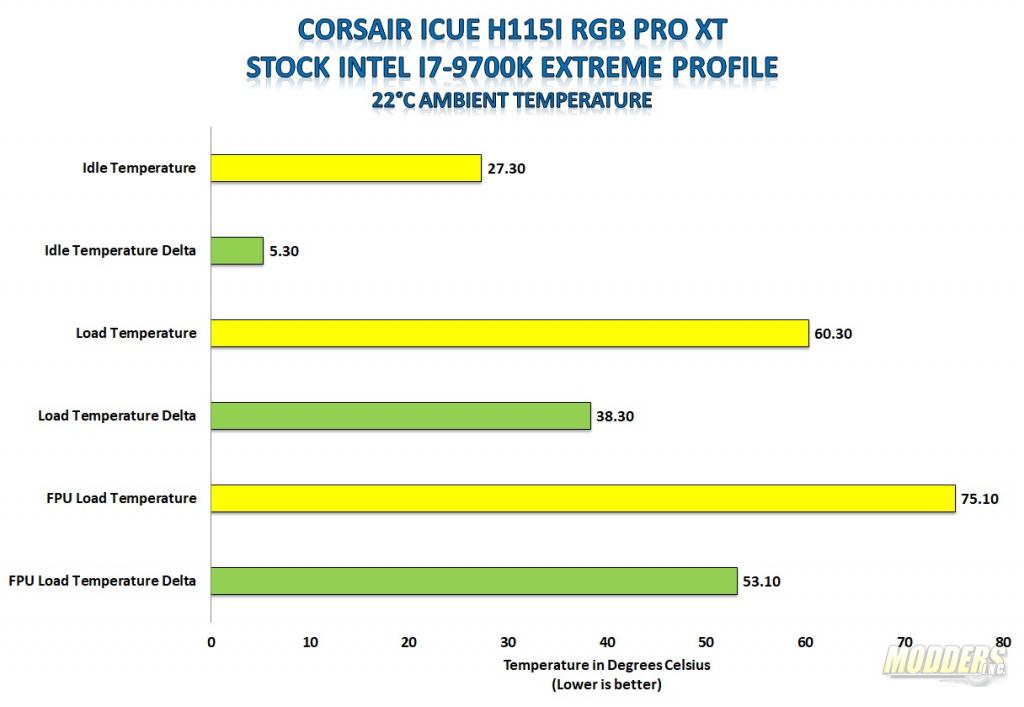 The extreme profile for both the pump and fans yielded lower temperatures but with a bit more fan noise. The observed load temperature measured at 60.3°C with a 38.3°C delta and the FPU only test came in at 75.1°C with a delta of 53.1°C. The fans spun up to 1100 RPM and the pump to 2614. The noise level measured 50.8 dBA

Next, we move on to overclocking. I was able to set the multiplier to 51 in the BIOS and get the CPU stable at 1.428 volts. I ran the same tests with the balanced and extreme set for both the pump and fans. 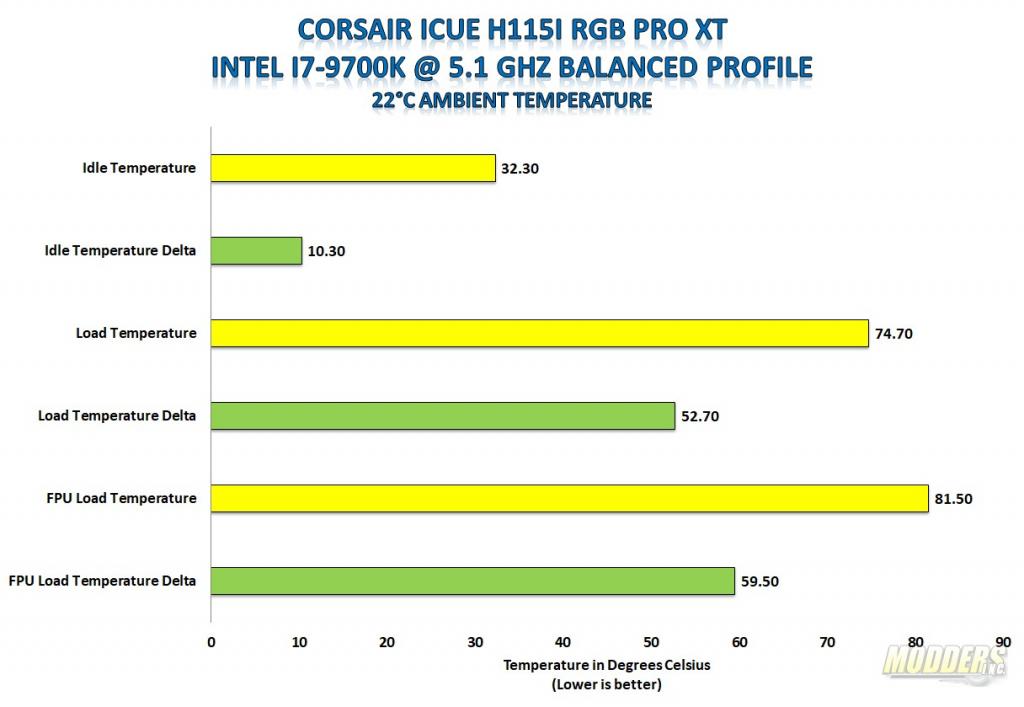 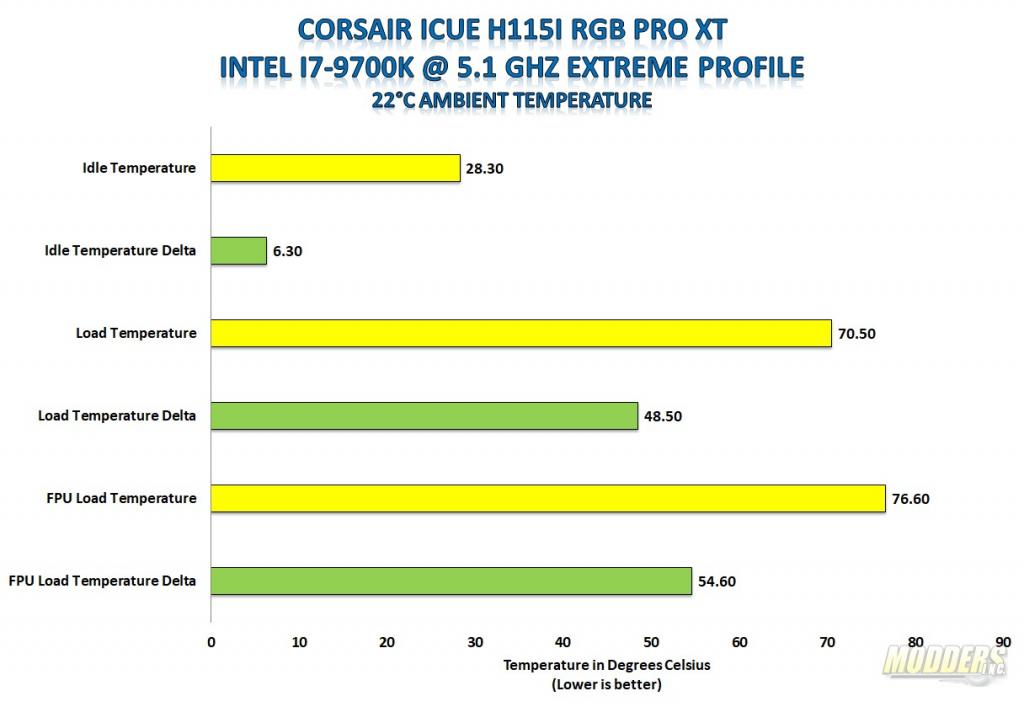 Pushing the extreme profile in iCUE yields a pretty good drop in temperatures. The iCUE H115i was able to keep temperatures in check with a 70.5°C observed load temperature with a 48.5°C delta and with FPU only a 76.6°C temperature was observed and a 54.6° delta temperature was obtained.  According to the iCUE software, the fans were running at 1260 RPM and the pump at 2643 RPM with a measured noise level of 50.6 dBA.