A while back, one year ago, we started a project with EVGA and they supplied Modders-Inc with the EVGA GD-87, Z270 FTW K Motherboard, the Geforce GTX 1070 FTW and the supernova 850 G3 Power Supply. The question on everyone’s mind was what is the case mod going to be about? We came up with an idea of letting viewers suggest what kind of case mod we would make. This was a great success with suggestions from all over the world and with awesome ideas. We picked the top 10 and spun the “The Wheel of Mods” live on our twitch channel and whatever it landed on, we had to make it. The winning idea was an old-time jukebox, which at first seem like it was going to a pain the a$% to do, but once the designing started it was easy to see that it would actually fit the shape of the EVGA DG-87.

As stated in the video we figure that the best look for the jukebox case was an old Wurlitzer from way back in the day. The other thought was to make it look like it had been sitting in someone’s garage, or old abanded bar or years and years. 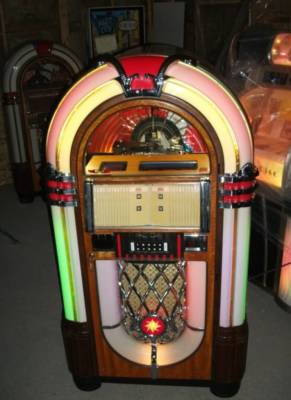 Taking a cue from the styling of neon lighting, records inside, wood paneling, and the push button selections I knew what I needed to do. Needing to make the wood paneling look I decided that I would use vinyl wrap that they use for cars. This did help get the look I wanted as the base of the case mod. This was the first time I had tried this material and, well it might be the last time too. I then used foam core poster board to make the chrome edge pieces and the push button selector. 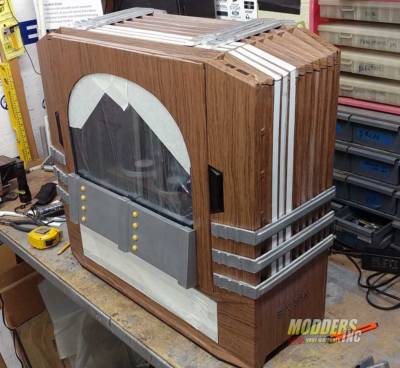 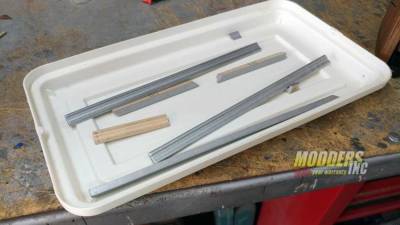 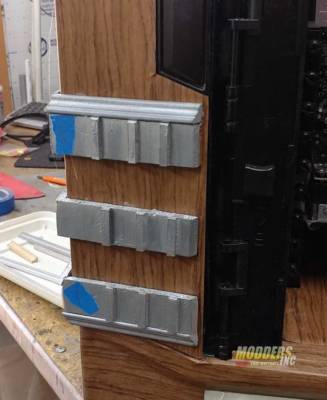 I knew that the selector would be the main focus so I duplicated some old-style jukebox labels and added names of games from the past that I used to play. Using some scrap clear plastic from a blister pack I used it as the cover for the labeling. 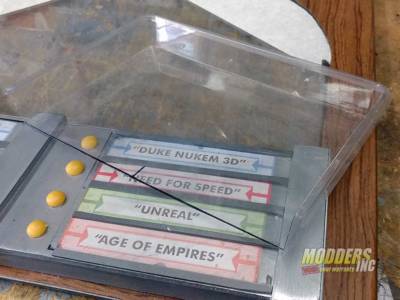 The final and probably most import part to bring the mod to life as a jukebox was that I needed to recreate the inside with records and player parts. Real records would be way to large to fit into the EVGA DG-87. I was able to find some drink coasters that were perfect in size and look. Using my 3D printer I then created a playing arm and record holding plates, just like the one from the old jukeboxes. Using the backside of the EVGA GTX 1070 as the base of the player, it really finished off the look. 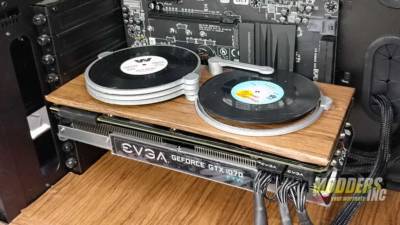 To complete the old styling look I did some painting with an airbrush and spray cans to get the dirty look.
Other hardware that I used to create this mod was an Enermax NeoChanger, Swiftech Water Block, Thermaltake fittings and tubing, Intel 7700K and finally 16GB of G,Skill DDR4 Ram. 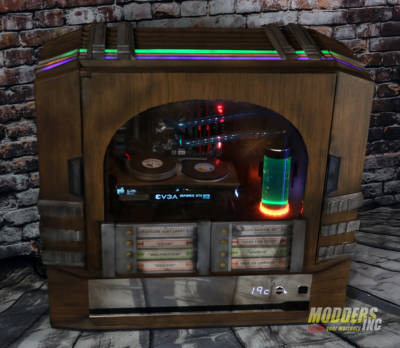 I needed to try and create the neon look that traveled from one side of the case to the other. Taking some plexiglass I cut several narrow strips and beveled the edges so that they would fit into the groove of the case. I then painted the back side of each piece white. For the lighting, I had to make up several different lengths of LED strips with three different colors. I also attached a control to make the LED’s pulse and fade for added effects. 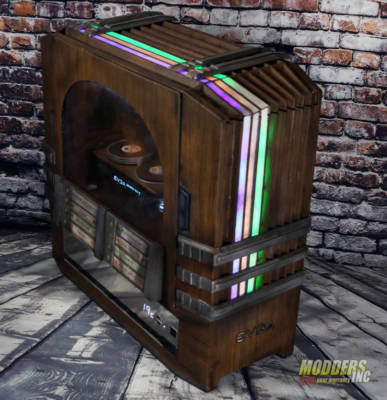 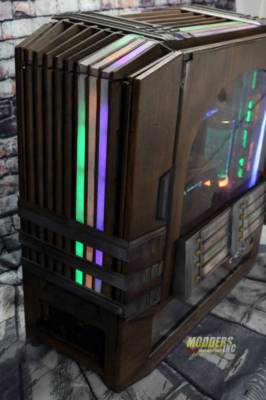 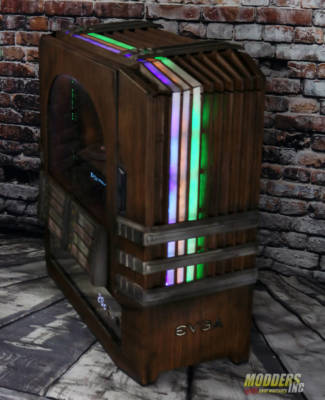 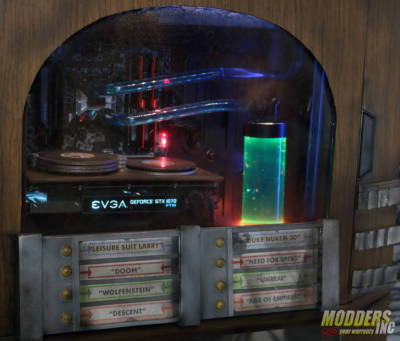 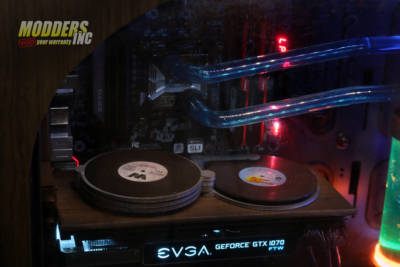 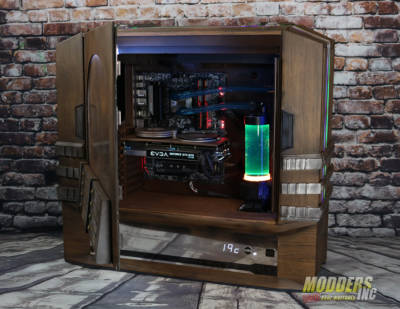 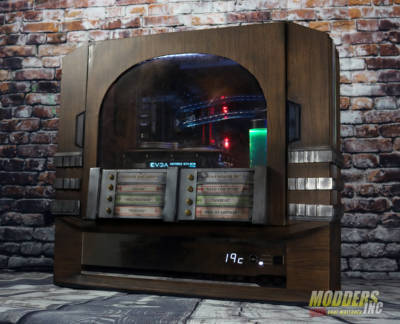 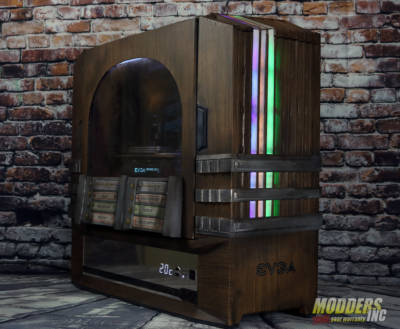 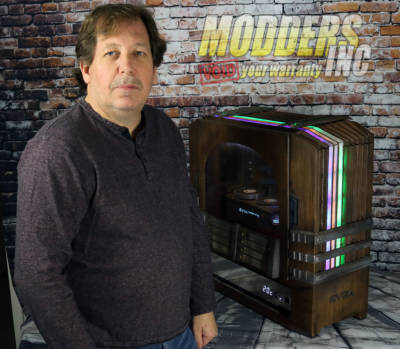 Thanks for looking,  Dewayne “Americanfreak” Carel.