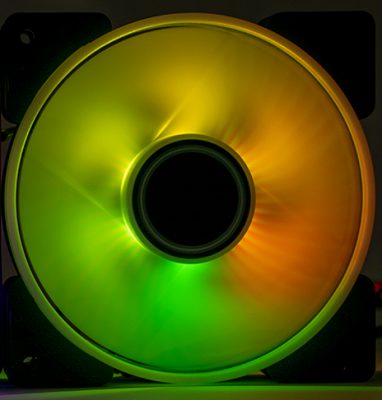 Fractal has been absent from the RGB game as of late. Their latest cases don’t feature any RGB lighting. A bit ago, Fractal announced their Prisma Series of fans. The series features both 120 and 140 mm versions as well as PWM and non-PWM.  There are also two lines in the Prisma series, the AL (Addressable LED) and SL (Single Color). With RGB lighting becoming a thing on almost every PC component, I can see why Fractal took their time releasing the fans. Fans serve a critical purpose and still need to perform. Manufacturers have been adding LED lights to fans for years, addressable LEDs is just the next logical step. The review sample we received is the Prisma AL-12 non-PWM.

The front of the Prisma AL-12 box features a large graphic of the fan in all its RGB glory. The tag on the box lets you know if the fans are 120 or 140mm as well as if it is the PWM version. The back fo the box dives into more details on the fans specification and features.

There is a front flap that can be opened to take a look at the fans housed within. Like the back of the box, the features of the Prisma AL-12 fans are listed here. 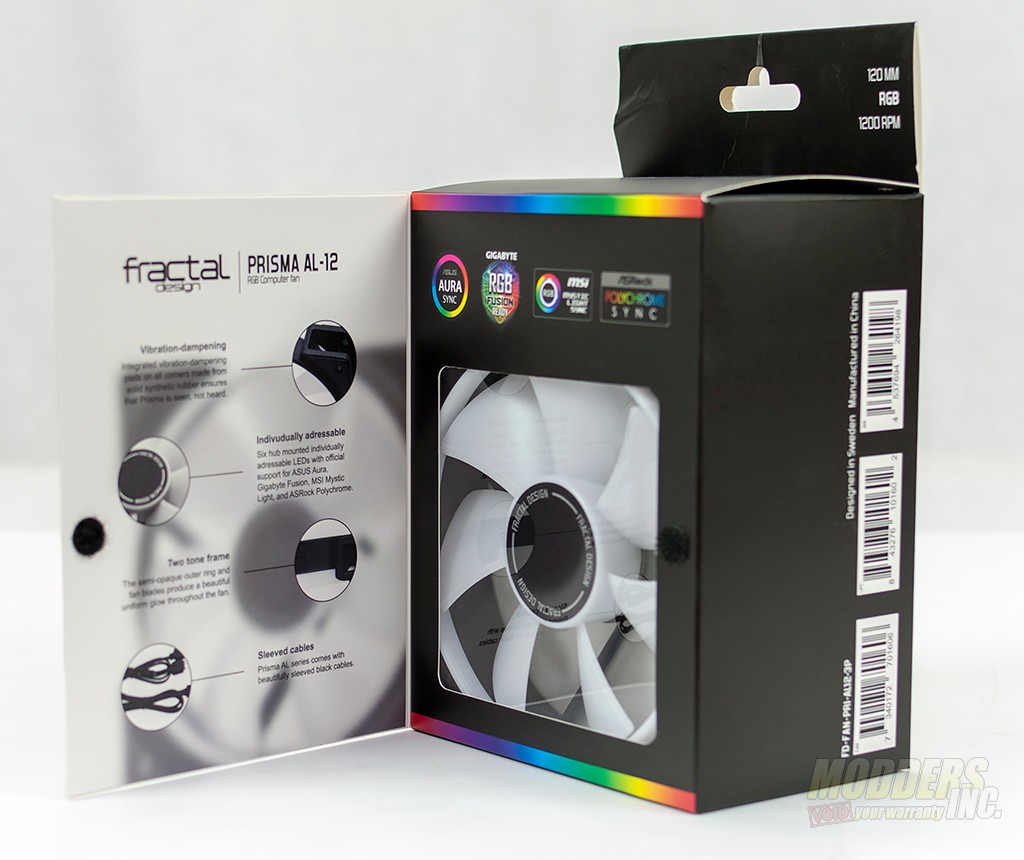