Benchmarks for the MSI B550 Gaming Carbon Wifi Motherboard

Since now both AMD and Intel use opportunistic boost clocks for the CPUs, for every CPU review, I run a single-core test in POV-Ray and capture the clock speeds for 60 seconds to verify the motherboard and CPU can hit the advertised speeds. 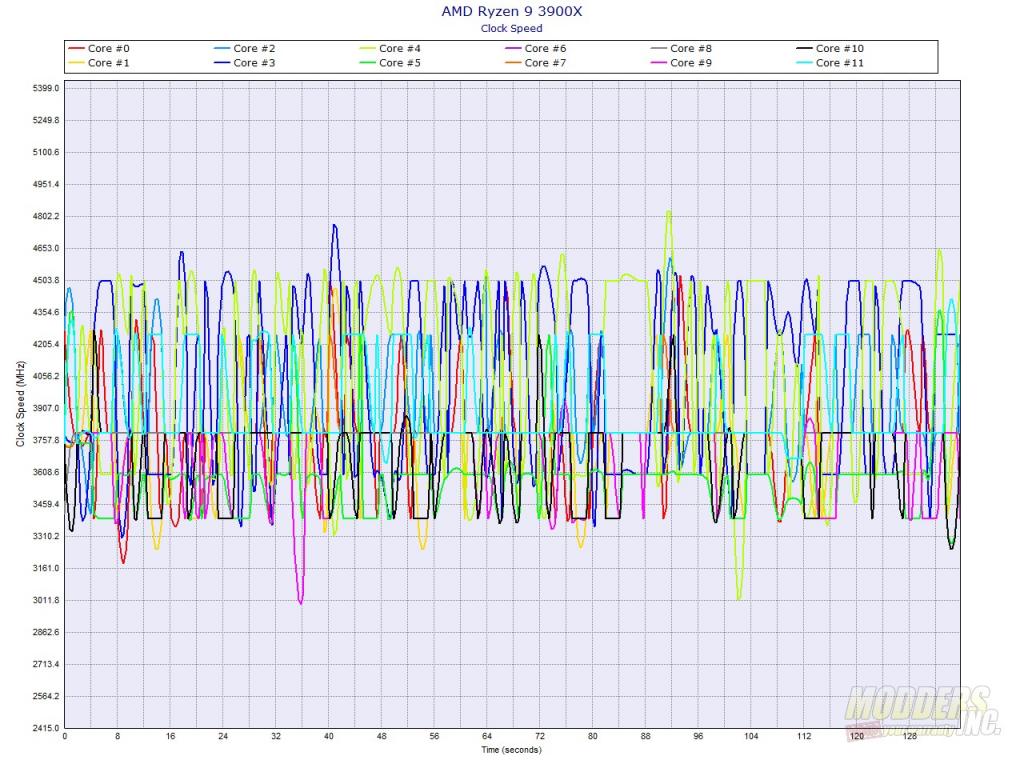 As you can see, the MSI B550 Gaming carbon hovers around that 4503 MHz mark with a couple of peeks into the 4.6 GHz. This is actually a pretty decent boost. Other boards I have tested show a slightly less average boost clock.

In both CPU and FPU testing with the B550, it keeps up with the more expensive X570 chipsets. This is a trend repeated throughout the benchmarks.