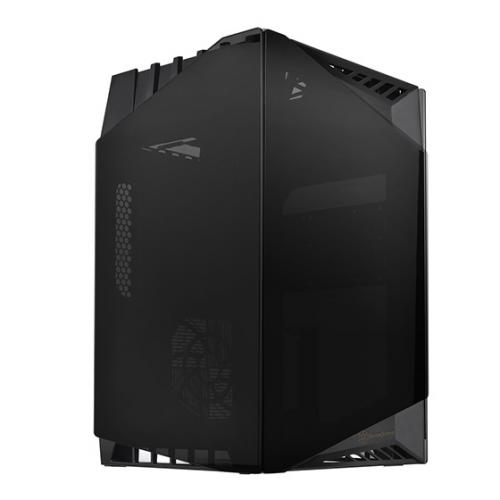 When Silverstone offered to send over their new Lucid LD03, we were immediately intrigued.  In a market dominated by downsized versions of popular mid-tower cases and uninspiring cube cases, the Silverstone Lucid LD03 appeared to offer a fresh new take on the very idea of what an ITX case could be, with its asymmetrical glass panels, angular vents, and a vertical airflow design reminiscent of Silverstone’s own Raven series or Phanteks’s Shift cases.  So does the Silverstone Lucid LD03 live up to its looks?  That’s what we are going to find out.

The LD03 is part of Silverstone’s new Lucid line that also includes the MATX LD01 and LD02, however, it shares little in common with the other two Lucid cases beyond its use of tempered glass panels.  Whereas the LD01 and LD02 are fairly standard MATX cases, the LD03 uses the rotated layout pioneered by Silverstone’s Raven cases to circumvent the airflow issues that have plagued modern tempered glass cases.

* The LD03 does not support GPU’s that are oversized in both length and width.  A GPU that is oversize in one dimension must not exceed the other dimension’s maximum.

** Silverstone recommends that you avoid using cards above this wattage due to the glass side panel limiting airflow to the graphics card.