Test System and Benchmark Results of the SilverStone PF 360-ARGB

The Stock test was run with the CPU set to the stock settings in the BIOS. The radiator fans and pump were set to the normal setting in the Arous BIOS. This allows the fans and pump to spin up and down based on temperature. The stock temperature curves in the BIOS were used. CPU pump and the radiator fans are controlled by PWM controller so the pump and fans are controlled by the motherboard as needed. Stock Vcore was set to 1.232V. (Stock speed of 3.6GHz) 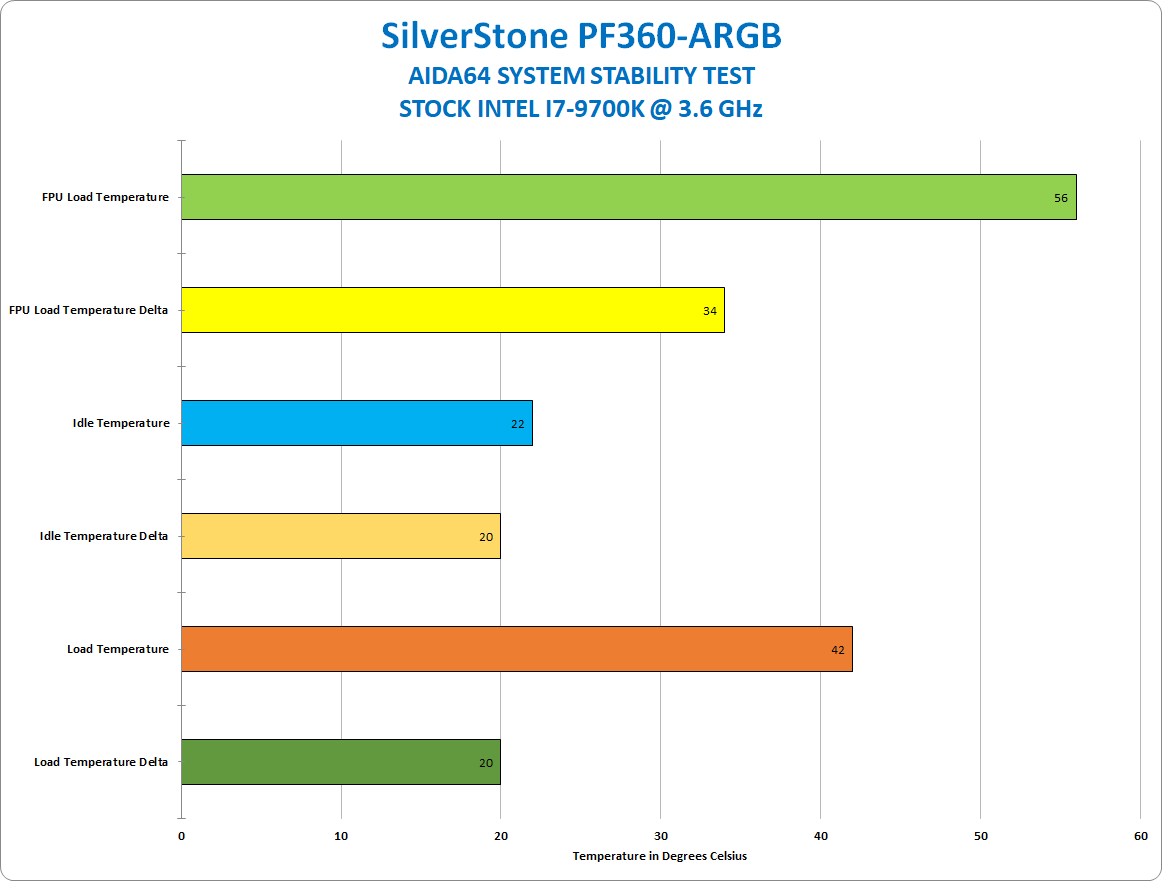 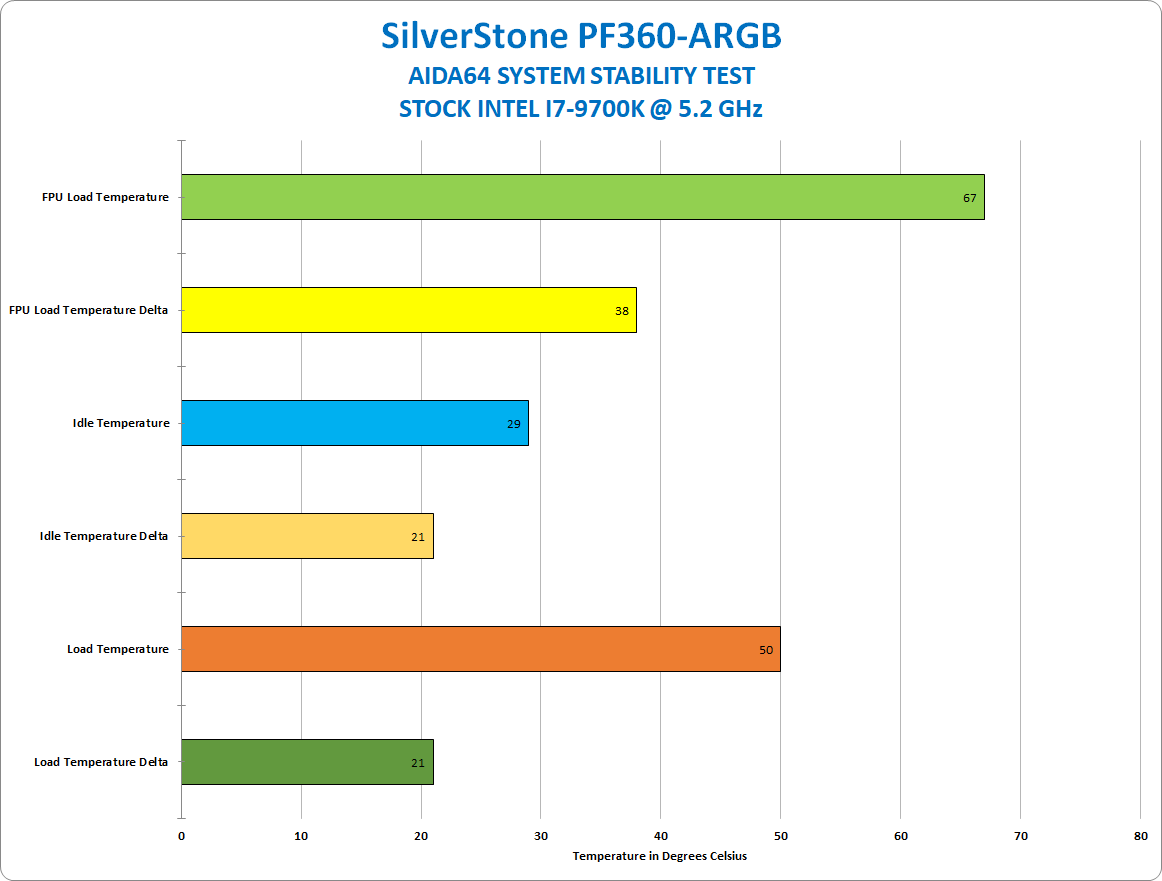 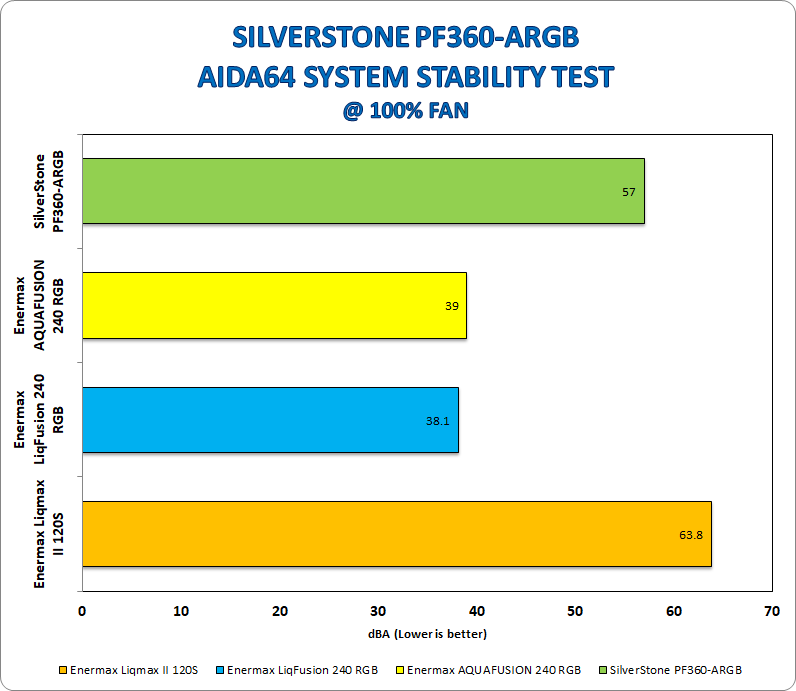 The sound level of SilverStone PF360 was measured by TDJ 834 sound tester. Testing was done with all 3 fans at 100% RPM and about 20 cm away. A maximum noise was produced about 57dBA.

Once the CPU was overclocked the temperatures reached 50C for the duration of the benchmarks. FPU temperatures were also elevated and reached 67C.

Running FANs at 100% definitely created noticeable noise so if you are planning to overclock CPUs and run FANs at 100% expect to have a noisy machine. However, the CPU pump was completely silent in all of my benchmarks.