A Closer Look at the Viewsonic XG240R 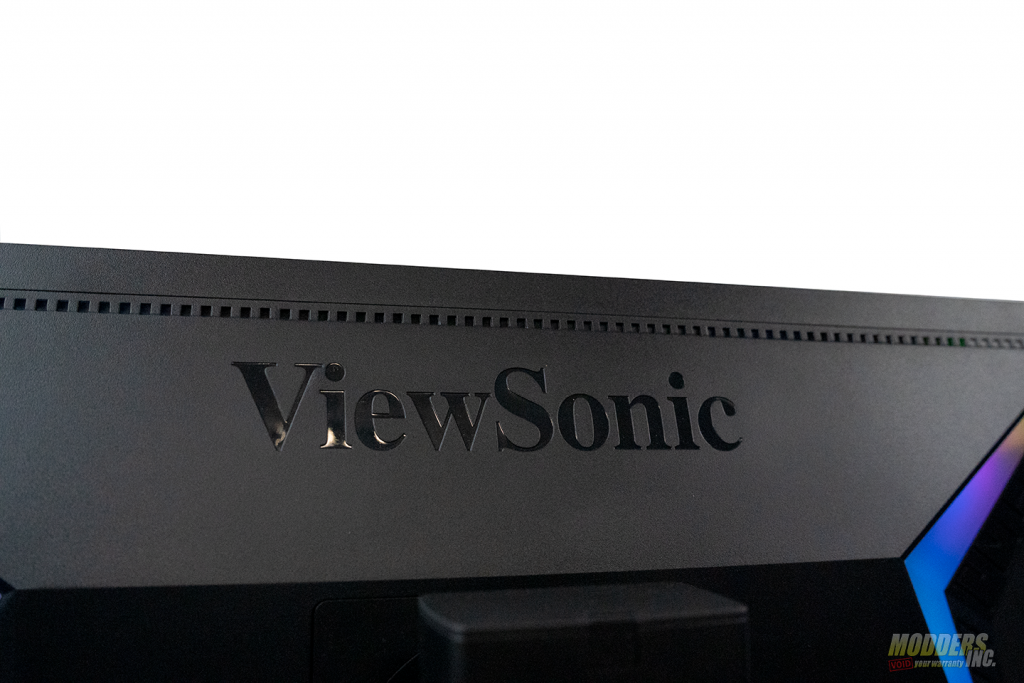 The XG240R is a member of the Elite line up from Viewsonic. The XG240R supports 8-bit color (6-bit + FRC dithering). The Viewsonic XG240R sports a 1080p panel with a refresh rate of 144 Hz and a response time of 1 ms. This makes the Viewsonic XG240R great for competitive, fast paced games such as CSGO. However, the 144 Hz refresh rate makes a huge difference in your experience in just about any game.  The XG240R has a static contrast ratio of 1,000:1 and a dynamic contrast ratio of 120,000,000:1. There is a slight bezel around the outer edge of the screen. However, it’s small enough for the XG240R to be a viable option for a multi-monitor set up. The bezel measures 17 mm (.67″) on either side of the screen and the top edge. On the bottom, the bezel is 23 mm (.91″) thick.

The screen on the Viewsonic XG240R has an anti-glare coating. This helps reduce reflections from any light source in the room, allowing you to have a great view of the screen from any angle. In fact, the XG240R has a horizontal viewing angle of 170° and a vertical viewing angle of 160°. The LED backlighting on the XG240Rl has a projected life span of 30,000 hours. The Viewsonic XG240R also has a customizable 22-level black stabilization function. This allows you to adjust the black levels while the monitor maintains rich colors and contrast.

The Viewsonic XG240R is Vesa mount compatible. In the rear of the monitor, there is a 100 x 100 mm Vesa mount. However, the stand for the XG240R offers plenty of movement itself. The screen has an adjustment range of 120 mm. The XG240R can swivel up to 45°, pivot left to right up to 90° and tilt forward to back between 5 ° and 20°.  The screen can be used in both landscape and portrait modes.

The Viewsonic XG240R can be assembled with absolutely no tools at all. The base of the stand is steel covers with plastic. The plastic has a brushed metal look to it. This gives the illusion that the base is made up of all metal and it look far better than just glossy plastic would have. Its rather heavy to prevent the monitor from being too top heavy and tipping over. The base attaches to the rest of the stand with by a screw that’s permanently attached to the base. This screw can be tightened by hand, as it has a wing nut attached to it. This screw can also be tightened with either a Philips or flathead screwdriver. There are also several rubber feet on the bottom the base to prevent the metal from scratching your desk.

To attach and remove the monitor from the stand, it’s very simple and a snap, literally. The stand snaps on the monitor with little to no effort. Right below the vesa mount, there is a button. To remove the monitor from the stand, simply push the button in and pull up on the stand. As I mentioned earlier, the Viewsonic XG240R can be assembled and disassembled with no tools.  There is also a Kensington Lock located on the back side of the monitor, near the port for the power cord. A Kensington Lock allows you to essentially chain your monitor to a table. This is more for use in a professional setting and is used as an anti-theft mechanism.

The Viewsonic XG240R has several ports on the back side of the panel. The connectors consist of three USB ports. One of the USB ports is a Type B port, the other two are Type A. For display connectors, the XG240R has two HDMI 1.4 ports and a single DisplayPort 1.2. There is also a single 3.5 mm jack for audio. On the stand for the XG240R, there is a spot to mount a small circular clip. This clip helps with cable management. The Viewsonic XG240R has two, 2 watt speakers on the rear of the monitor, just below the RGB lighting.

For physical buttons on the Viewsonic XG240R, there are six. These buttons control the OSD, or On Screen Display.  To the far right is the power button. There is also a light above this button. When illuminated blue, the monitor is on. When the light is illuminated orange, the monitor is in power saving mode. Going from right to left, the next button is the return, or go back button. This will return you to the last screen in the menu. Next is the select button marked with a check mark. Then we have the down button and the up button. The last button to the far left is the G button. This is the Gaming Mode button and allows you to choose which game mode setting to use on your monitor.

Gaming mode has three preset modes and two modes for custom presets.  Other than the custom presets, the Viewsonic XG240R has presets designed for first person shooters, real time strategy games and MOBAs. The Viewsonic XG240R is also an AMD FreeSync panel. FreeSync or adaptive sync essentially eliminates screen tearing. However, it does so without the stuttering and lag that you may encounter with V-Sync. I was also able to enable G-Sync on the Viewsonic XG240R through the Nvidia control panel. Although the XG240R isn’t officially validated as G-Sync Compatible by Nvidia, it does work. Viewsonic supports variable refresh rates between 48-144 Hz. So, if the game you’re playing is running between 48-144 FPS, the monitor will adjust the refresh rate to match the frame rate of your game. 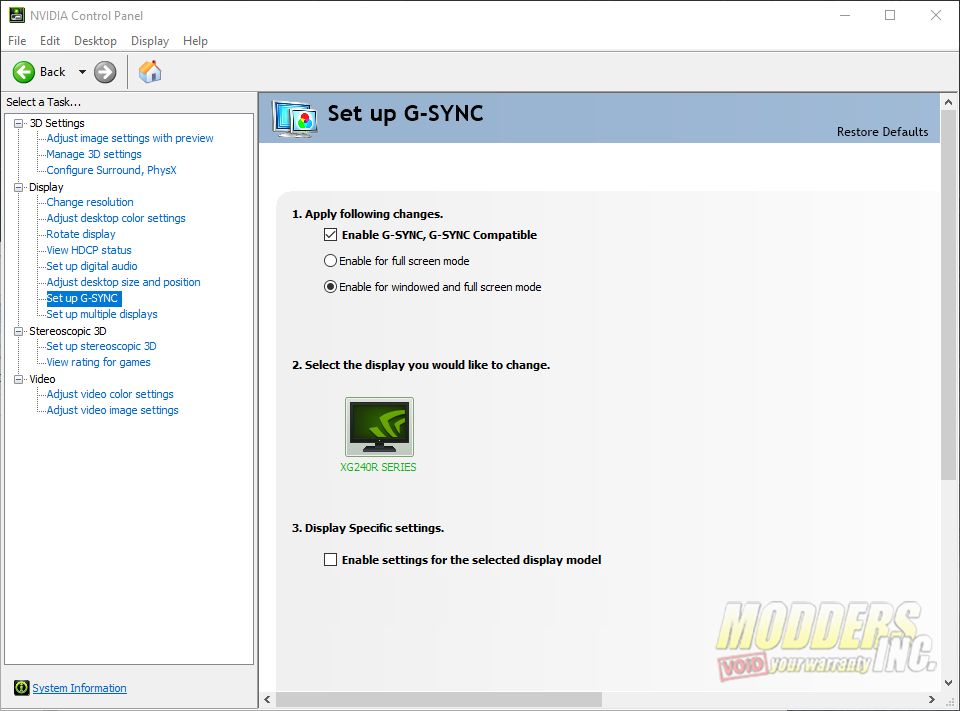 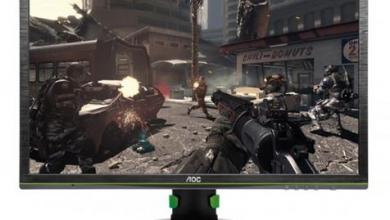 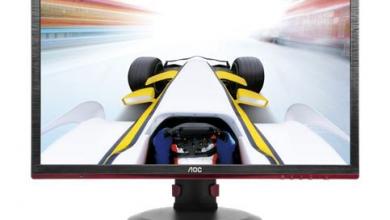