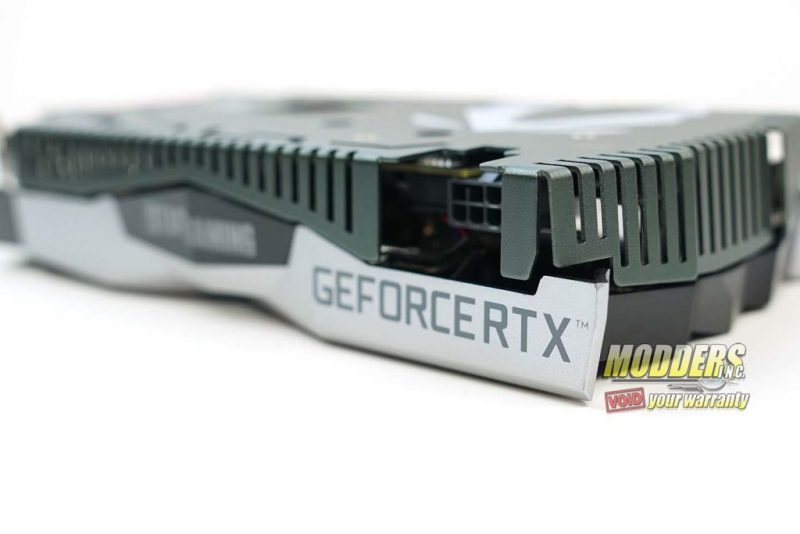 The Zotac 2060 AMP has a simpler design than most cards you see these days. But I don’t mean this is a negative way. The shroud and back-plate are designed with black, gray and silver. The use of neutral colors will allow the 2060 AMP to fit well in just about any color scheme. The back plate cutout is opposite the GPU die on the other side of the PCB. To one side of this cut out, near the IO, the words Live to Game are displayed prominently. Near the back of the card and taking up about a third of the backplate is a big Zotac Gaming logo.The Zotac Gaming logo is illuminated by a white LED and not RGB lighting.

The back plate is one of the more unique I’ve seen to date with a wraparound design. This gives the back of the card a grill like design to it. This not only looks good but helps to protect the fins on the cooler that would usually be exposed. It also gives the card a more enclosed look and feel to it. Almost like the shroud and back-plate are one piece.

With graphics card reviews, we always do a teardown of the card. This allows us, and our readers, to see how the PCB and cooler are laid out. This also allows us to get a closer look at the components that make up the card such as the capacitors, MOSFETs, and chokes. First, you start by removing the four screws on the back of the PCB around where the actual GPU is placed.  When putting the card back together, it’s important to reassemble in a criss-cross pattern as to not put too much pressure on one side of the GPU.

The Zotac RTX 2060 AMP has thermal pads that connect the heatsink to the memory and MOSFETs directly. This is one of the many factors that help to keep the Zotac RTX 2060 AMP so cool, even under a heavy load. The memory is GDDR6 made by Samsung. Specifically its Samsung’s K4Z80325BC-HC14 GDDR6 memory with a speed of 14 Gbps. For full specifications on the memory, click here: https://www.samsung.com/semiconductor/dram/gddr6/K4Z80325BC-HC14/

The Zotac 2060 AMP uses their Icestorm 2.0 cooler. The Icestrom 2.0 cooler is made up of three 6mm heat pipes and a wide array aluminum heat sink. A massive copper plate completely covers the GPU. The memory and VRMs are covered by thermal pads to help facilitate heat transfer.

Along with the wide fin array, the Icestorm 2.0 cooler has two, 90mm fans that help to dissipate heat. Each of the two static pressure optimized fans has 9 fan blades to move more air and circulate the air longer. 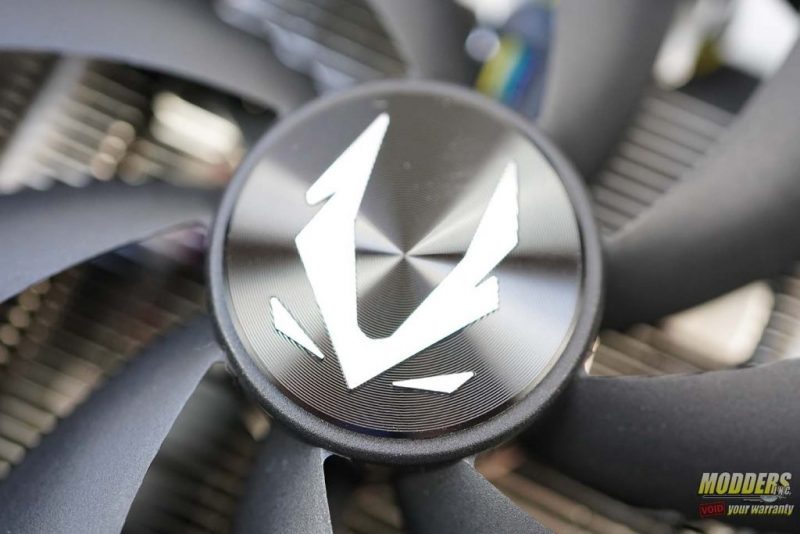