The radiator is fully copper-based and has two G1/4 threads. My sample comes with a 240mm radiator so the fan mounting holes match for the fan installation and securing it to the case. There is no drain plug on the radiator itself however there is a quick disconnect on one of the hoses.

Hoses here are made from TPV (Thermoplastic Vulcanizate) rubber which makes them easier to work with. When playing around with the disconnect hose I was expecting a lot of coolant to leak out but what I saw was only a few drops. So if you want to add in a GPU water block, you can with ease. Dimensions of the radiator are 278 x 124 x 30mm.

The pump is located on the CPU block and has two connectors one for the power and one to be connected to an ARGB header.

The CPU block itself made from a Nickel-plate Copper and a strong ABS plastic. The reservoir is made from a transparent Nylon. The plate is screwed into the pump itself as you can see from the picture above.

On one side of the pump, you can see a small window that shows the pump itself where also the ARGB is displayed. Due to the evaporation, some coolant may be added into the system over time and this is easily done by using a Fill G1/4 access port which is located on the top of the pump.

Installing socket mount (in my case Intel) is was very fast. Just 2 clicks to interlock the mounting bracket and I was ready to set the socket screws.

Eisbaer Aurora 240 comes with two 120mm fans by Alphacool. These are Digital ARGB fans that have a rotational speed of 800-2000RPM and are designed to be used with the Aurora controller. The ARGB LEDs are placed all around the outer edge of the fans. These fans are capable to be controlled by the PWM controller.

The blade design of these fans has three fins that help to provide maximum airflow. The airflow rate here is 104.49 m³/h and the static pressure of these fans is 2.0 mm H2O. And just like the pump, fans have ARGB headers connectors on them.

If you do not have an ARGB header on your motherboard you can use Alphacool ARGB controller and tie fans and the pump together to achieve the desired effect. The controller has multiple colors pre-sets that you can cycle through. 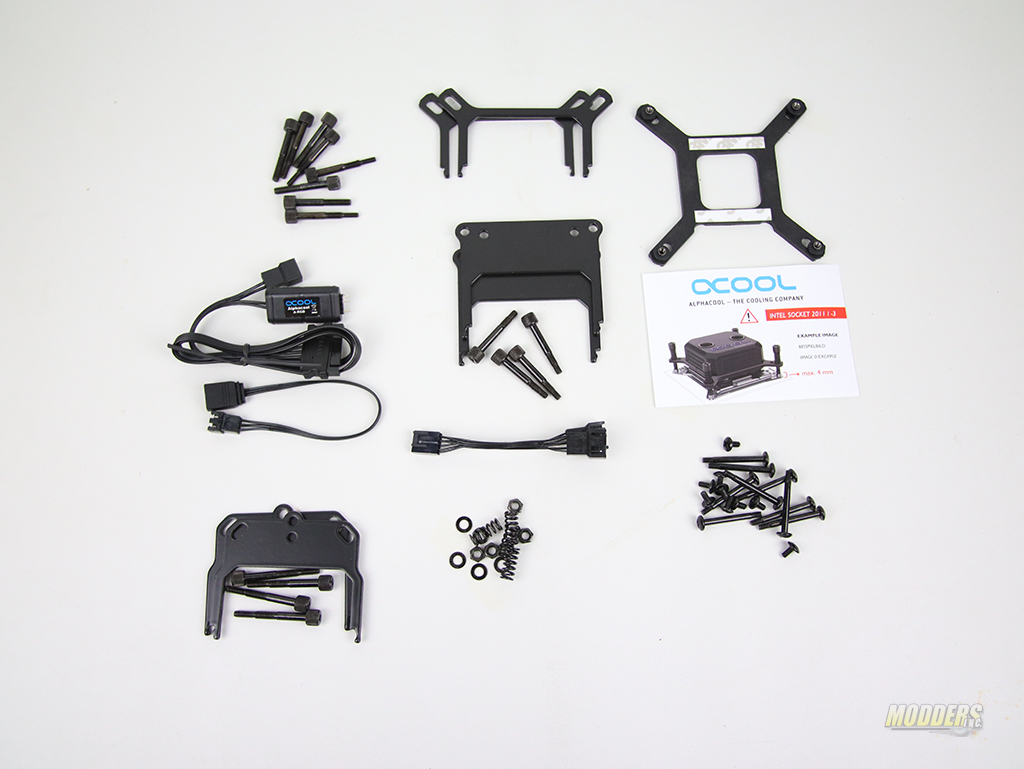