The Stock test was run with the CPU set to the stock settings in the BIOS. The radiator fans and the pump was set to the “normal” setting in the Arous BIOS. This allows the fans and pump to spin up and down based on temperature. The stock temperature curves in the BIOS were used. CPU pump and the radiator fans are controlled by the PWM controller so the pump and fans are controlled by the motherboard as needed. Stock Vcore was set to 1.232V. (Stock speed of 3.6GHz) 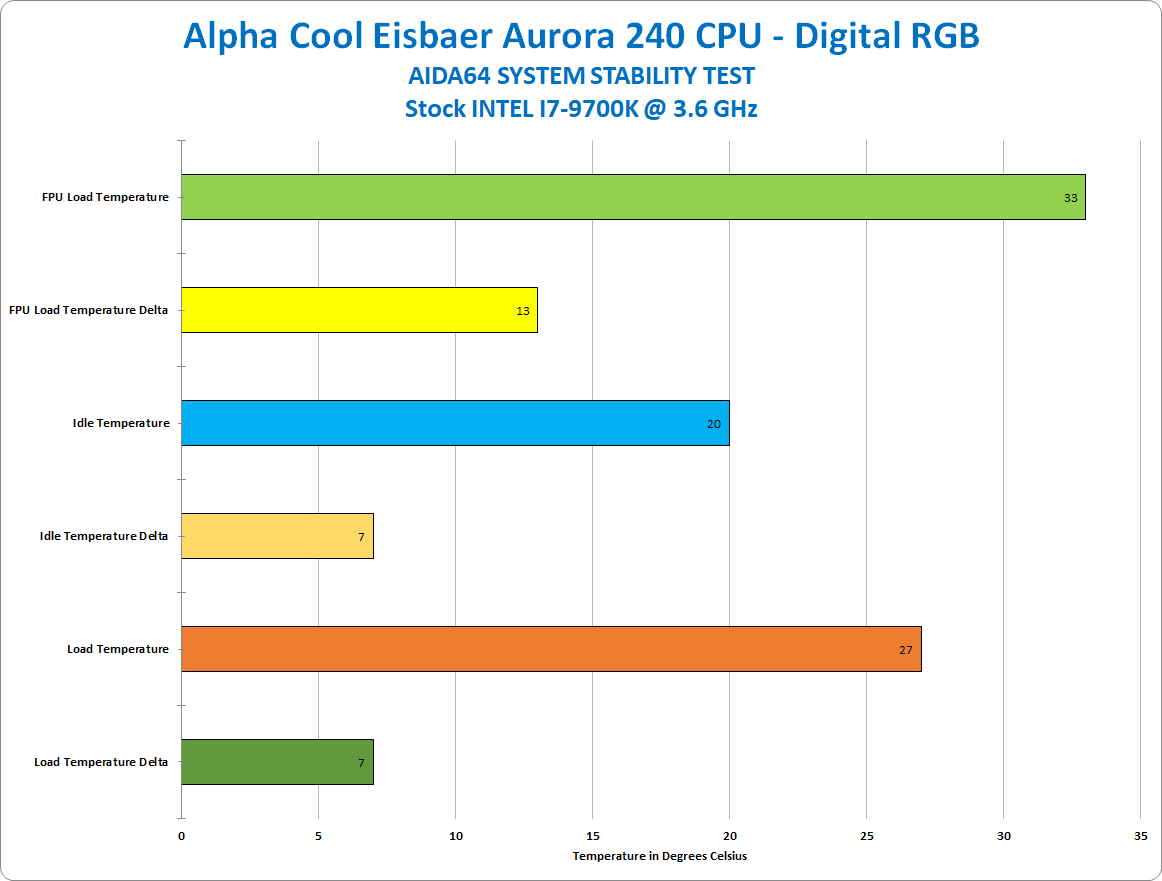 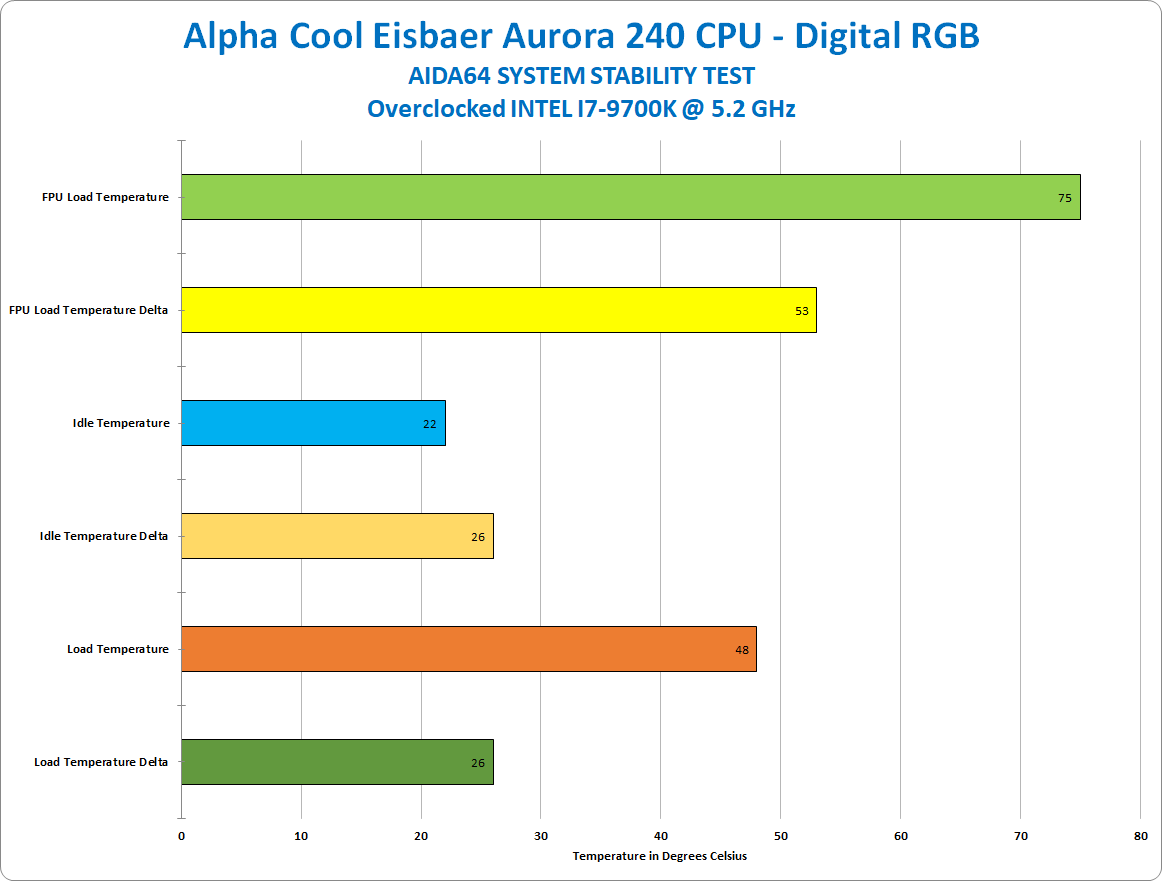 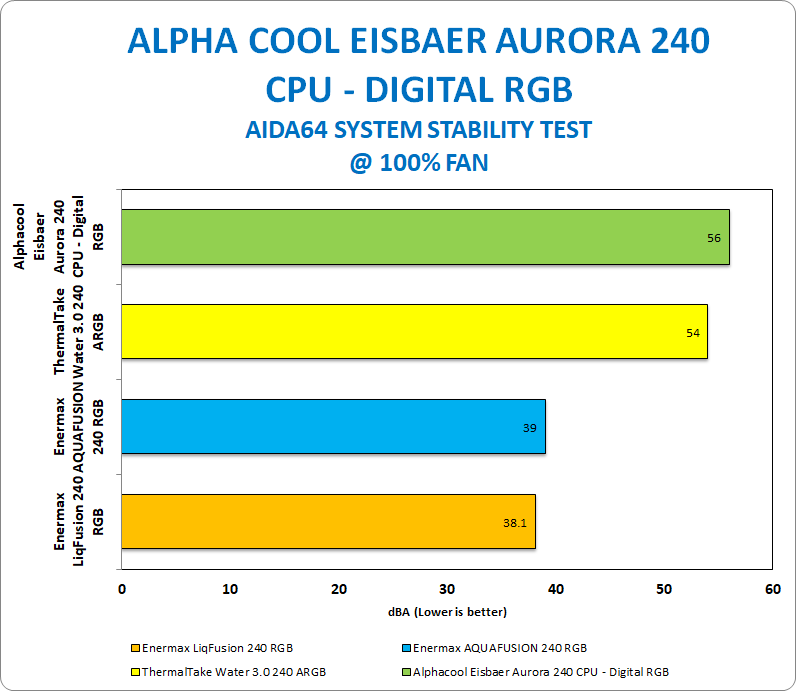 The sound level of Eisbaer Aurora 240 RGB was measured by TDJ 834 sound tester. Testing was done with both fans at 100% RPM and about 20 cm away. A maximum noise was produced about 56dBA.

Before performing my testing this AIO unit was completely burned in to get the most accurate temperatures upon reading. The burning in process took about 4 days and after observing idle the temperatures and ensuring stability. In the stock clock speed, the temperatures stayed amazing low. Idle temperatures were 20C. Under full CPU load, the package temperature reached 27C. The FPU temperatures under maximum load were higher, 33C but well in the cool zone.

When overclocking the CPU to 5.2GHz Idle temperatures of Eisbaer Aurora 240 RGB staid at 22C. The CPU package temperature under full load was 48C and FPU temperatures have reached 75C.

The CPU pump was virtually silent as all I could hear is the fans rotating at 2000RPM.