The Ryzen 3 3300x and Ryzen 3 3100 is configured similarly as when I’ve reviewed past Ryzen CPUs. Neither of my samples came with retail packaging nor did they come with the stock coolers. With that, I rarely, if ever, use the stock coolers in performance testing. The CPUs are installed with a custom loop that features a 360mm radiator and the EKWB AMD Velocity water block.

For synthetic benchmarks, each benchmark was run on each system three times. Then we picked the best of the three results. The system was allowed to idle in between each benchmark for no less than 30 minutes. This gives the processor time to cool down a bit before the next test is performed. The ambient temperature is kept as close to 21°c, or 70°f as possible. We use both Core Temp and Hardware Monitor to record temperatures and CPUZ to validate clock speeds and voltages.

I don’t have any Intel CPUs to directly compare the Ryzen 3 3100 or the Ryzen 3 3300x so, I included the result for the Intel i7 8700k which is the closest Intel CPU that I have one hand to the Ryzen 3 CPUs and is put in the charts for reference purposes only. These CPUs are not meant to compete with each other.  I put the new Ryzen 3 CPUs at the top of the charts since they are the newest. 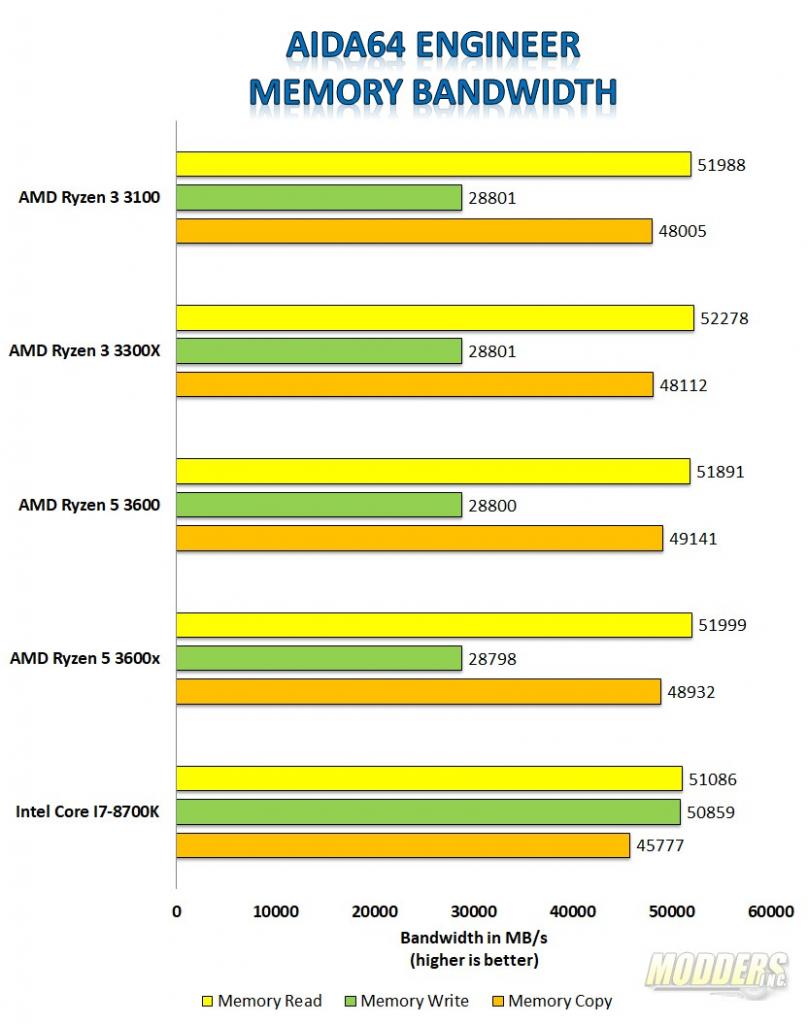 Memory read and memory copy bandwidth is extremely close across the entire chart. Typically we see the Ryzen CPUs with about 1/2 the bandwidth on the write performance when compared to the read performance. This is pretty much standard across the Ryzen lineup except for the Ryzen 9 3900X. Even the Ryzen 7 3700X tops out at 28800 in the AIDA memory test.

CPU testing lands right where I’d expect for the difference between the Ryzen 5 series CPUs on this chart and the Ryzen 3 CPUs. Really, there are no surprises here. 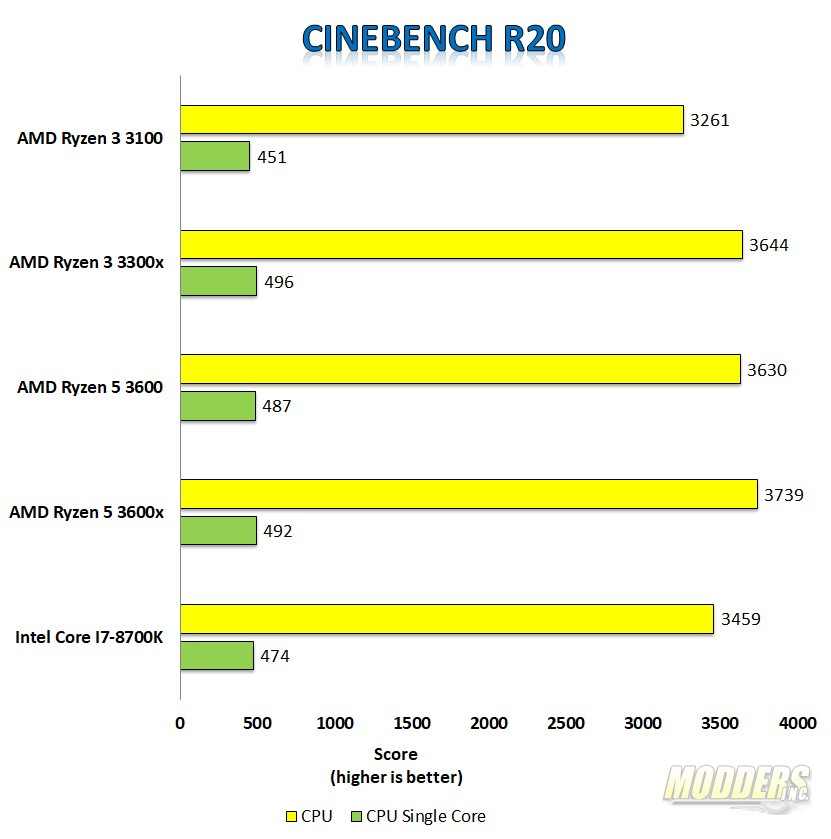 Having the CPUs so close together doesn’t really help AMD. Performance between the Ryzen 5 3600s and the Ryzen 3 3300x is darn near identical and close enough that I would say the results are well within the margin of error. I ran this test multiple times and obtained the same result across all the AMD CPUs. IPC performance is still very strong as the CPU single-core tests are similar to each other as well. 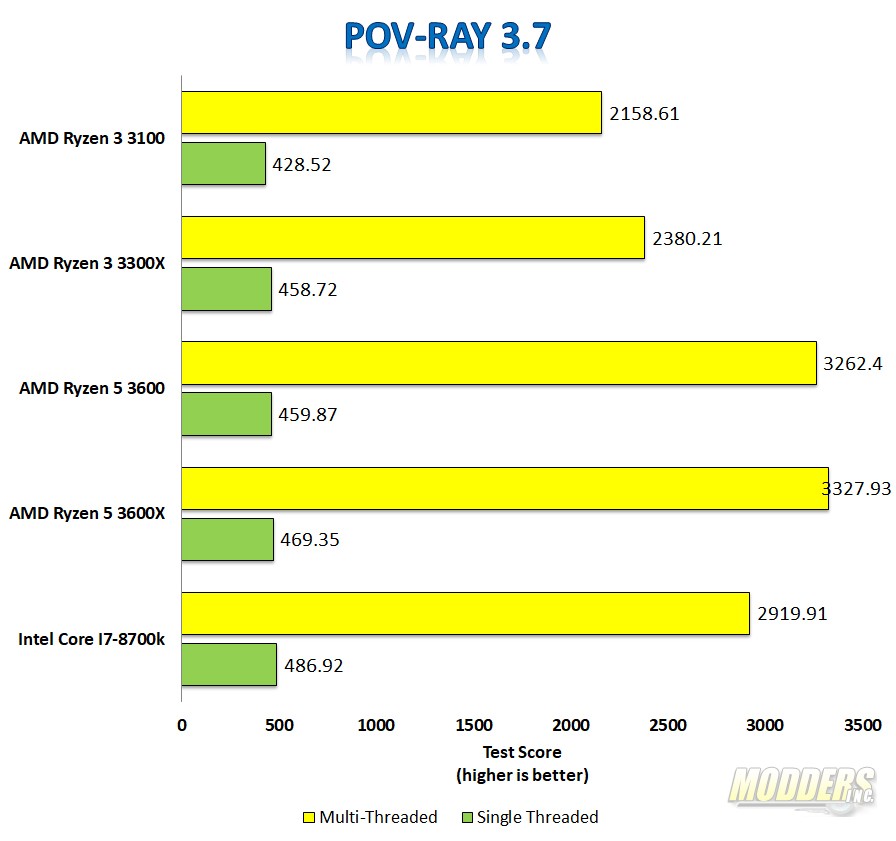 In POV-RAY, the extra cores on the 3600s allow the multi-threaded tests to eclipse the Ryzen 3 series considering the Ryzen 3 CPUs are 4 cores/8 threads vs 6 cores/12 threads on the 3600s. However, when we take it back to single-core performance, the 3300x has a very strong showing and matches the 3600s. The 3100 has a small MHz disadvantage but still shows strong performance here.