Benchmarks for the ASRock B550 Extreme4 Motherboard

Since opportunistic boost clocks are now a thing on both AMD and Intel platforms, For every CPU review, I run a single-core test in POV-Ray and capture the clock speeds for 60 seconds to verify the motherboard and CPU can hit the advertised speeds. Keep in mind that the workload doesn’t stay focused on a single physical core. As needed, the CPU moves the workload around. 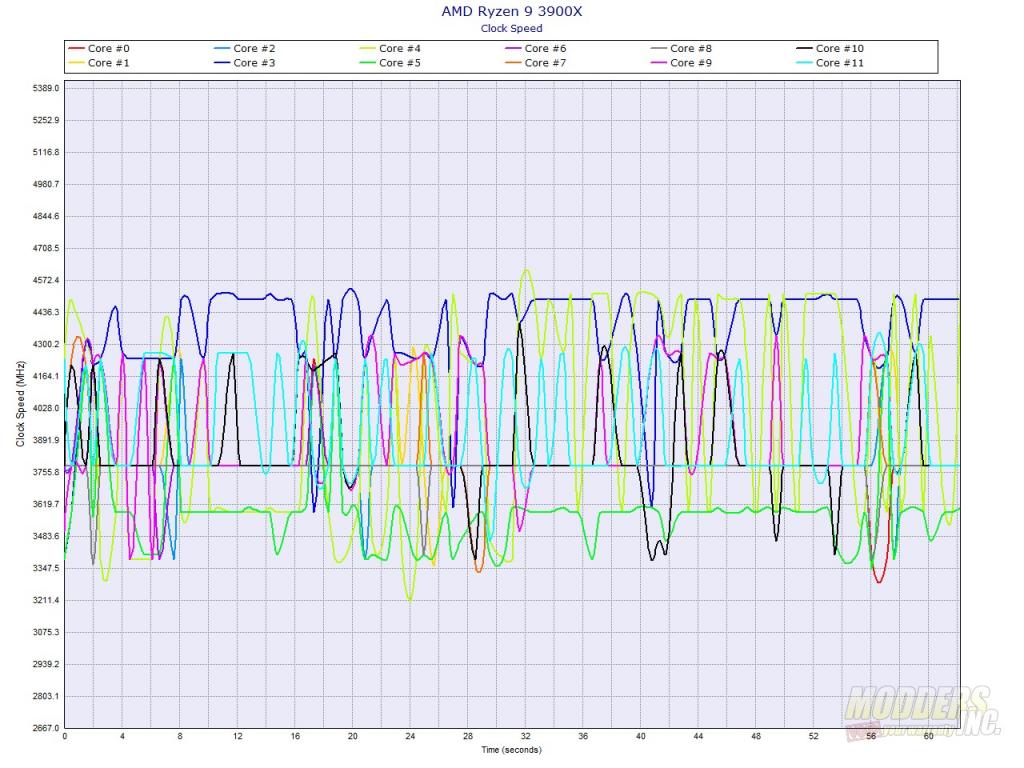 Performance wise, the B550 Extreme4 falls within the margin of error as the results are very close throughout the tested motherboards. I included the other motherboards not as a direct comparison but more so as a test to ensure that performance is similar across the board. If one board were to drop performance by a significant margin, then it could be an issue with the motherboard, BIOS settings, etc.

Memory bandwidth tells the same story. ASRock’s motherboard is within range of other boards I’ve tested.