Multimedia, Compression, and Semi-Synthetic Benchmarks for the ASRock B550 Extreme4

HandBrake is a free and open-source video transcoder to make ripping a film from a DVD to a data storage device easier. Essentially, it can convert video to almost any modern format. The workload video file is a file that I’ve used for years called Sintel. It is a 1.09-gigabyte file that is full HD. I used the Apple 240p preset for this test. 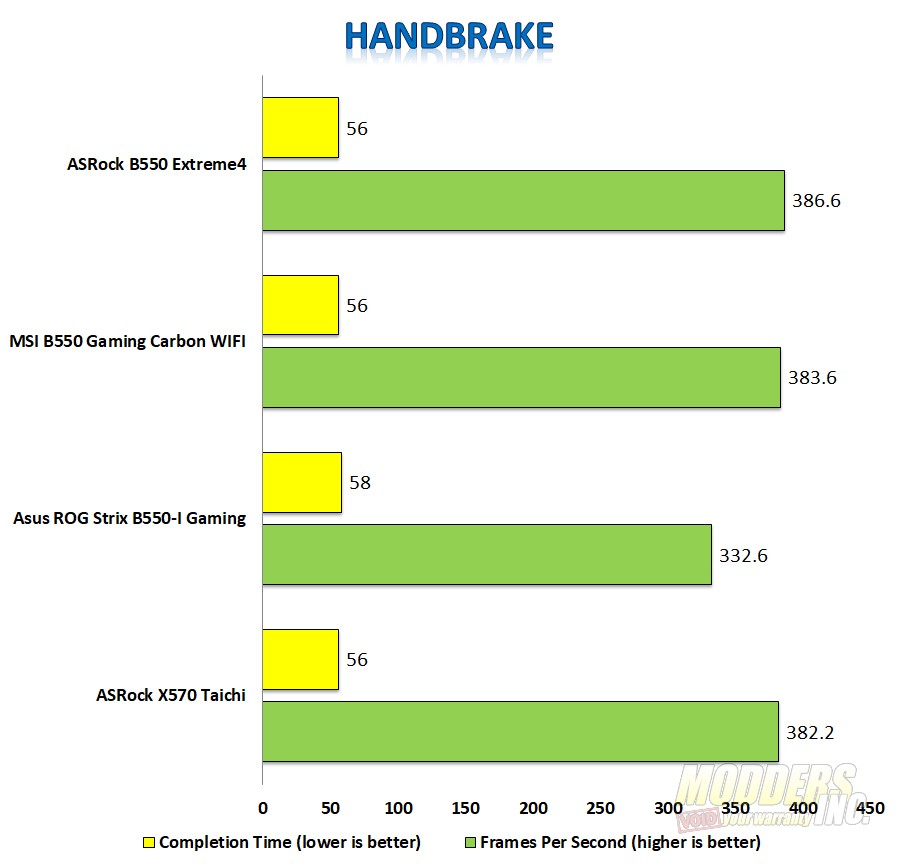 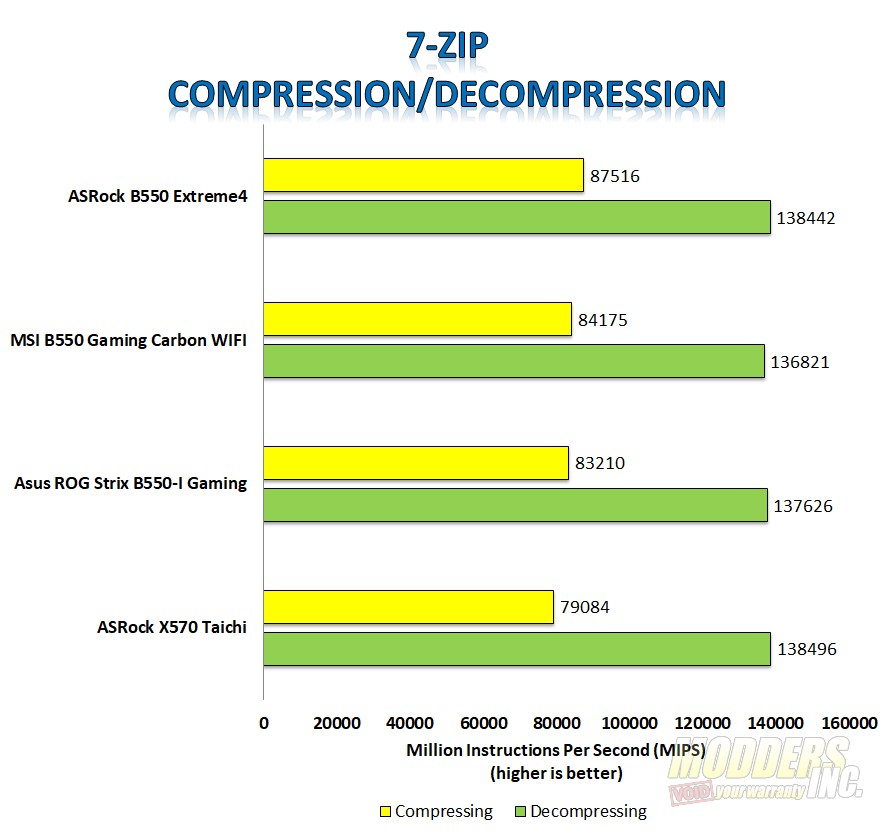 PCMark 10 is a system benchmark for Windows PCs that focuses on common tasks performed in the office. PCMark 10 offers a variety of workloads categorized into four groups. The Essentials group includes web browsing, video conferencing, and app start-up time. The Productivity group includes tests based on spreadsheets and writing. The Digital Content Creation group includes photo editing, video editing, and a rendering and visualization test. The final group, Gaming, includes tests for real-time graphics and physics. 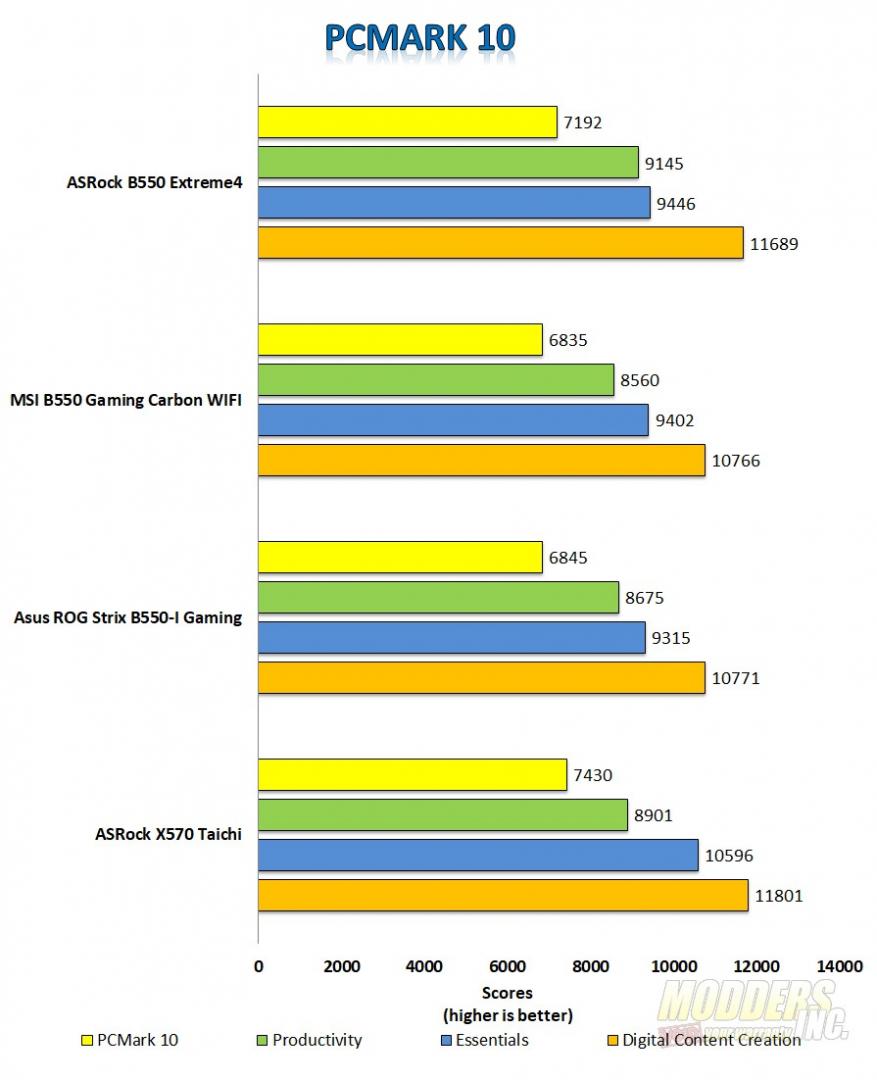