Initially, I had some strange issues with the ASRock B550 Extreme4 completing the boot when I plugged in the AMD Ryzen 9 3900x. The motherboard wouldn’t always complete the boot and it did not matter if I did a cold boot from power off or a reboot. It would just get “stuck” with the GPU and case fans blasting away at 100%. Typically hitting the reset button during this issue, fixed it and it finished the booting process. After the OS was installed, I updated to the latest BIOS and the issue was solved. This was the one and the only issue I experienced with the B550 Extreme4.

Overall I think the B550 Extreme4 is a good motherboard. I’ve had it up and running on my test bench for a good month now without any issues aside from the initial issue described above. From a performance perspective, there is virtually no difference in day-to-day performance than the rest of the motherboards I’ve tested lately. The B550 Extreme even has me liking the looks of the artwork on the motherboard. It has been a long time since I’ve paid attention to how the motherboard looks overall. Sure, I’ve taken off heatsinks and painted them to match a theme but I hadn’t given much thought to the actual PCB. ASRock’s color scheme overall works for me and I do like it. I do like the fact that the B550 chipset doesn’t need a fan to effectively cool the PCH. The X570 boards that I’ve tested do. When you’re building a water cooled rig to help reduce fan noise while maintaining good cooling performance, the last thing you’d really want is a tiny fan on the chipset cooler adding to the noise. 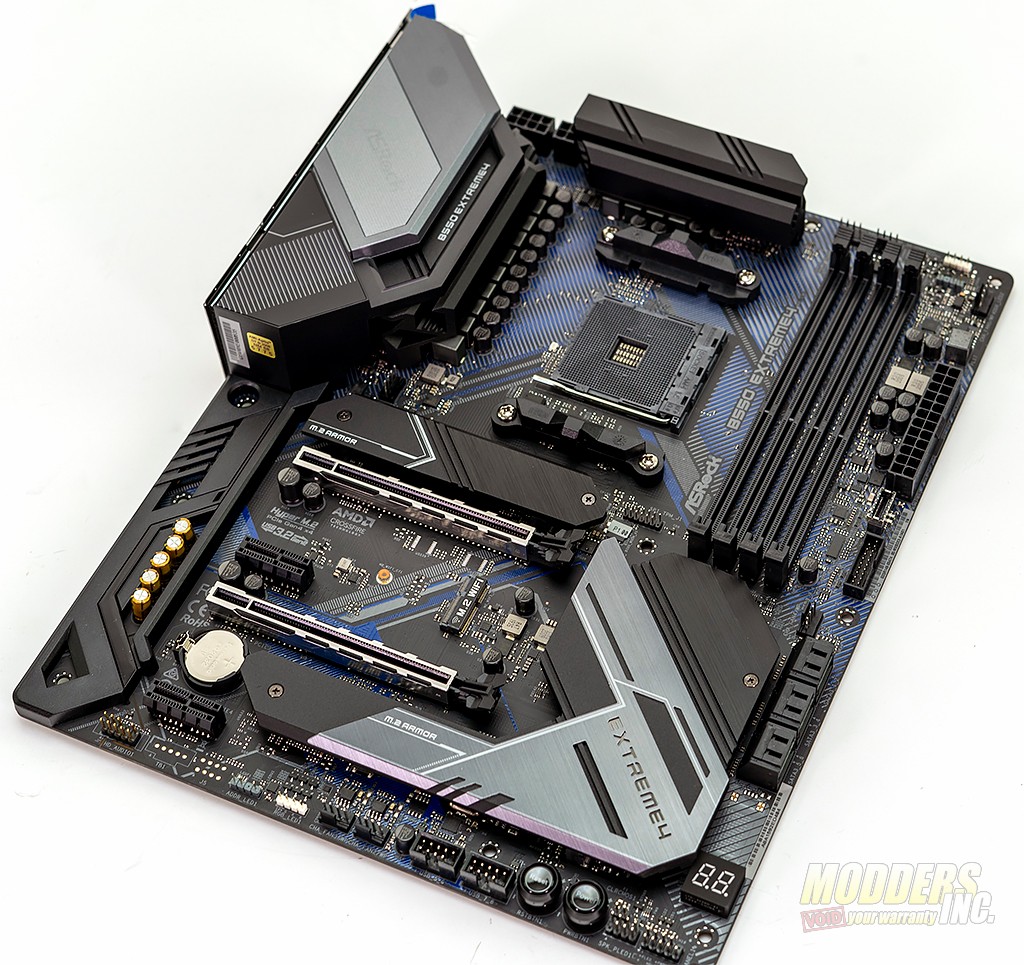 Given the name Extreme4, I would assume that the motherboard comes with everything and the kitchen sink. However, the kitchen sink isn’t included here. And by the kitchen sink, I mean WiFi. For most of us, it is not a deal-breaker and it still isn’t here. I didn’t do much research on the motherboard before I received it and I assumed it did. However, WiFi M.2 cards are plentiful and cheap enough that it would be easy to order one and slap it in. From a customization standpoint, not including it is great. It means that I don’t have to put up with and remove the manufacture’s choice of WiFi cards and I can choose which WiFi chipset I want. Depending on your outlook and needs, it can be either negative or positive. It is just a matter of preference. For me, it was pretty much neutral however, I did feel it was worth bringing up.