Upon first entering the BIOS you’ll be dropped at the main tab. This tab details which BIOS version the board is currently running, which CPU the board detected, and the speed. It also shows which memory slots are currently populated. According to the Manual, ASRock recommends that slots A2 and B2 get populated first. 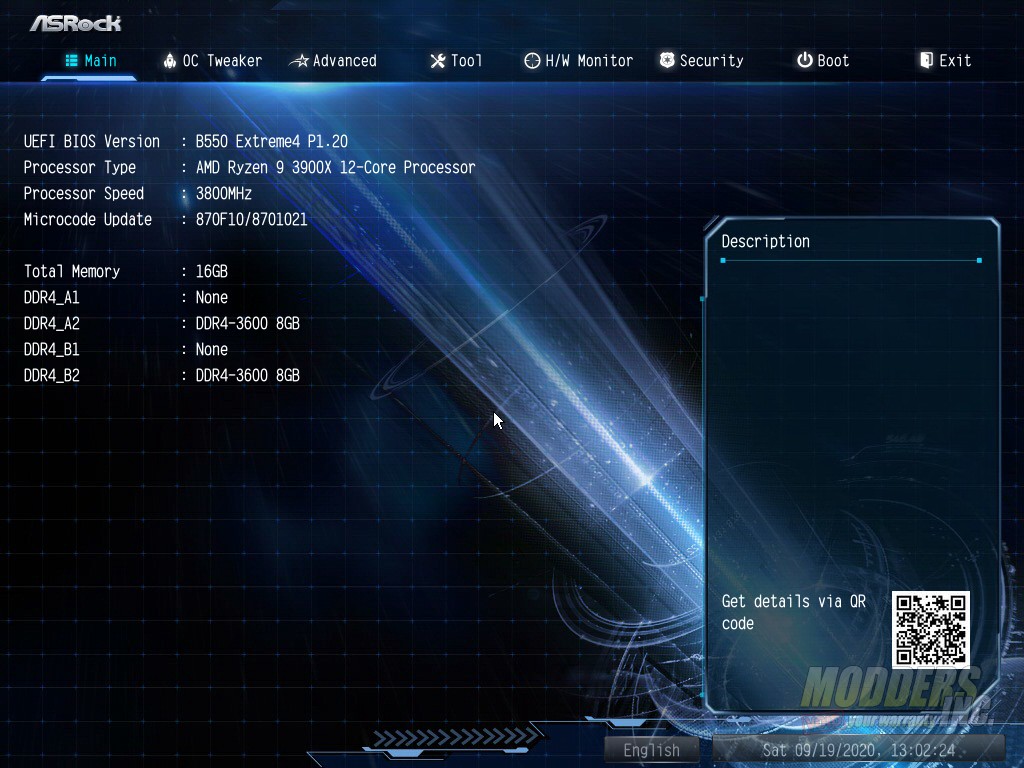 The OC Tweaker tab allows you to tweak and tune the CPU and memory’s frequency and voltage including the Infinity Fabric settings. For now, the only thing I changed was enabling XMP on the memory. 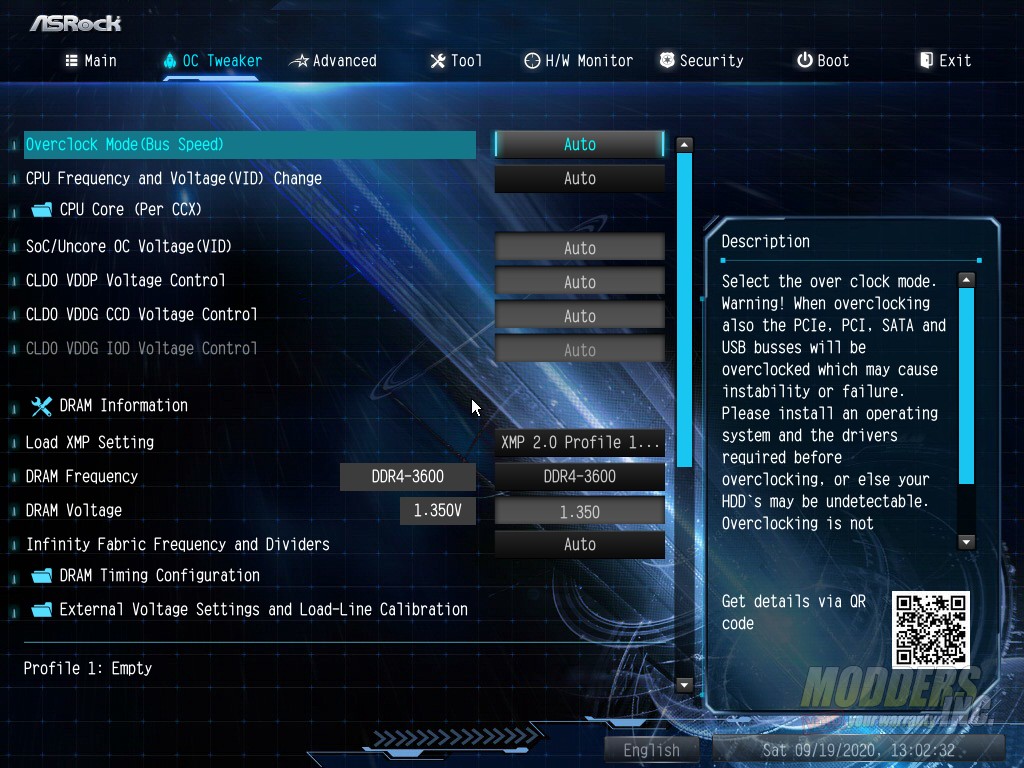 Even more tweaks can be made in the advance tab. Here you can configure onboard devices such as USB audio, and LAN settings, you can change or view the storage configuration options (RAID vs. AHCI)and if you have it available can configure the trusted platform module or TPM. There are even more overclocking options available in the AMD overclocking submenu. This allows you to control and tune PBO or Precision Boost Overdrive and its behavior. 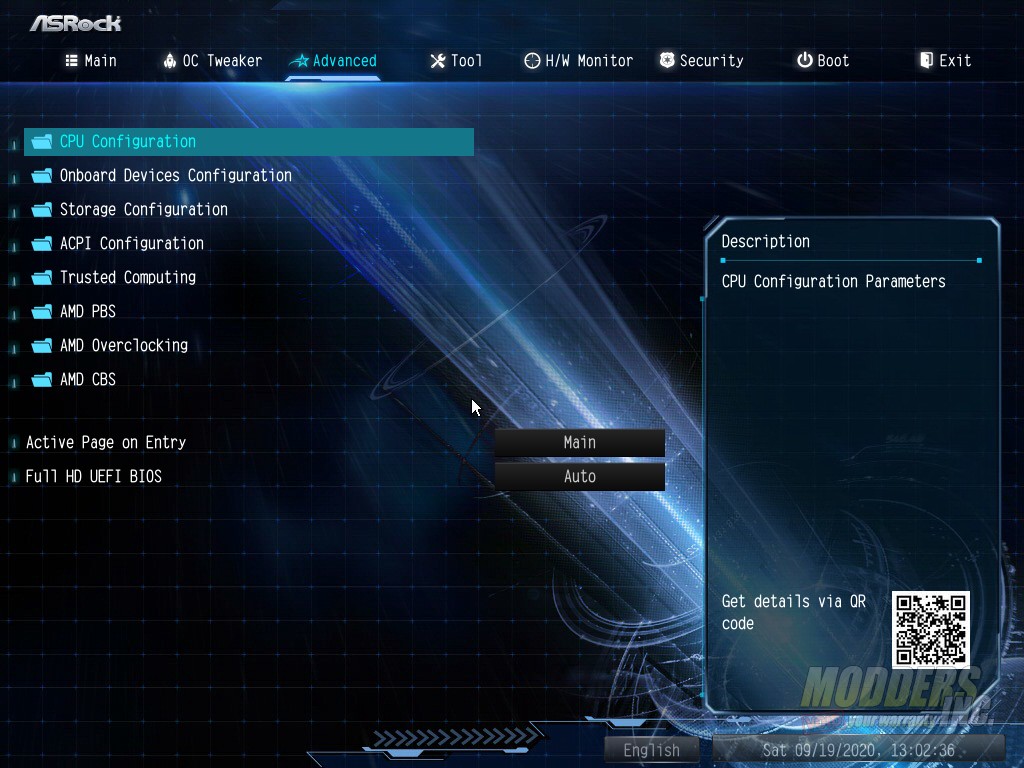 The H/W monitor tab is nice to have and whenever I build a new PC, I take a quick look here to make sure everything is in spec. I was initially a little concerned about the reported temperature of the CPU. This is the package temperature of the CPU. Some motherboards report both package and CPU temperatures and they are different. For example, the Asus B550-I that I reviewed a bit go shows both. As well, I compared screenshots and voltages were identical whereas the MSI B550 motherboard I reviewed showed an idle voltage of 1.476v at idle. I am still a little concerned about a 1.456v vcore at idle when I was told it should be somewhere around 1.38v. However, there has been work done with the Ryzen 3000 series to bring voltages down and the work continues. 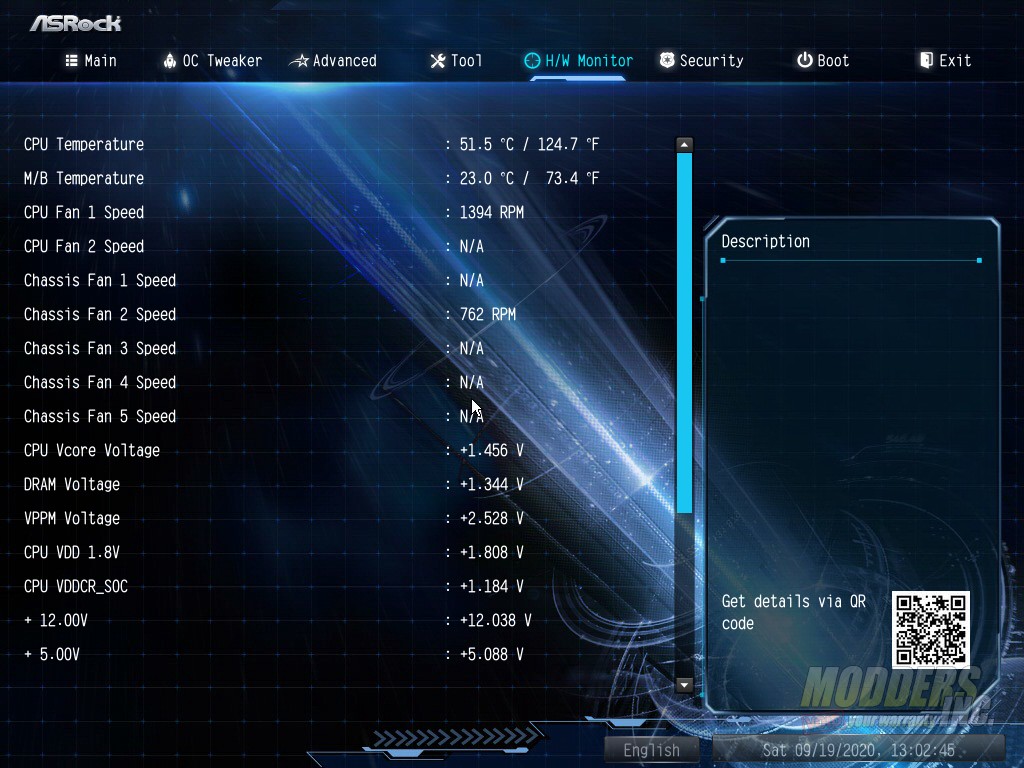 One of the things that set ASRock apart in their BIOS from all other manufactures is the fact that you can control the RGB LEDs from the BIOS. There’s not a need to install another application on your PC. The downside is that if you want to change or customize them as they are running, you’ll have to do it in the BIOS.  The tools menu offers up a suite of tools that allow you to erase SSDs, for those that won’t secure erase, you can use the NVME sanitization tool, and you can flash the motherboard’s BIOS to the latest version using a USB drive and the instant flash tool. 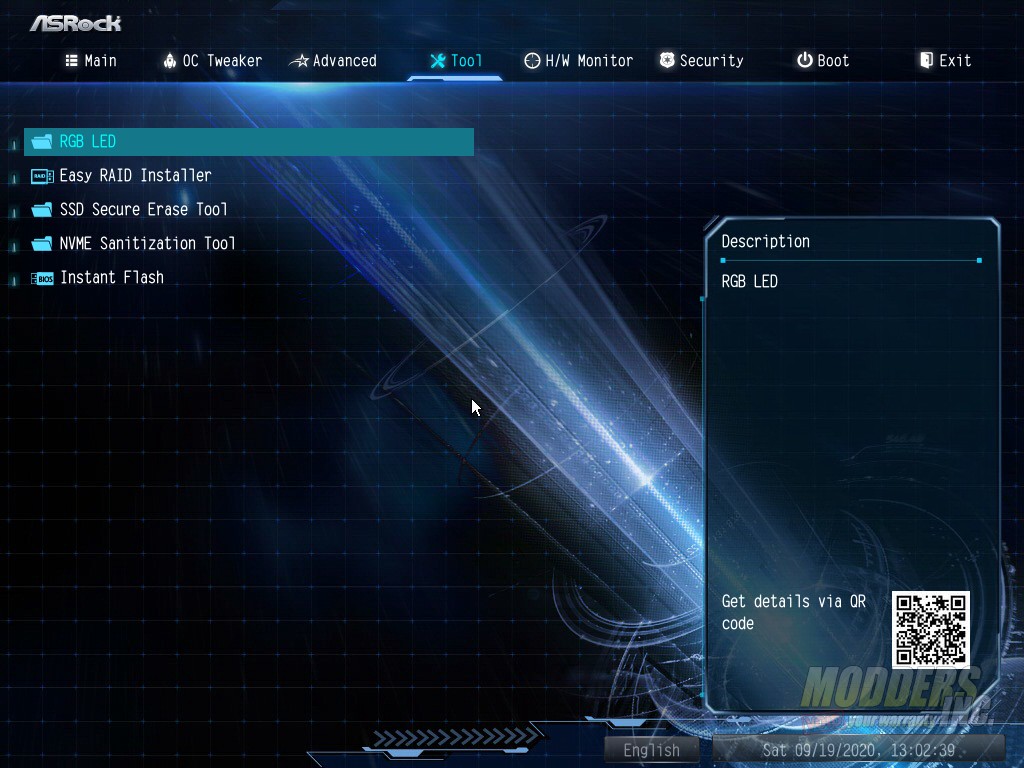 The security tab allows you to set user and supervisor passwords. These can be used to prevent unauthorized access to your PC. A password can be used to secure the boot of the PC. So that when it is powered on, you’ll need a password to complete the boot. Or you can just secure the BIOS to prevent any unauthorized changes to the BIOS. Say, like at a LAN party when you need a much needed BIO break. 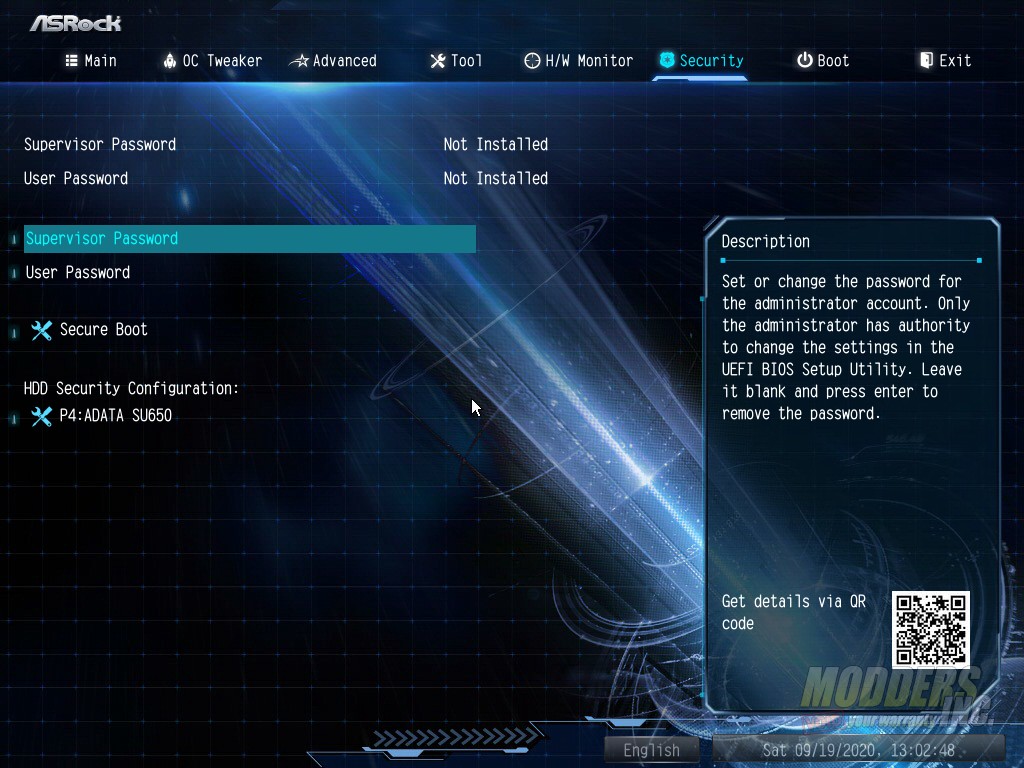 The boot tab allows you to customize the boot options on the PC. You can choose which device you want as your primary boot device as well as a second if that one fails to boot. You can also change the hard drive priorities if needed. You can disable/enable booting from the LAN port however, you’ll need to enable the network stack 1st in the advanced tab. You can also change options such as quick boot and the num-lock on/off at bootup if you so desire. 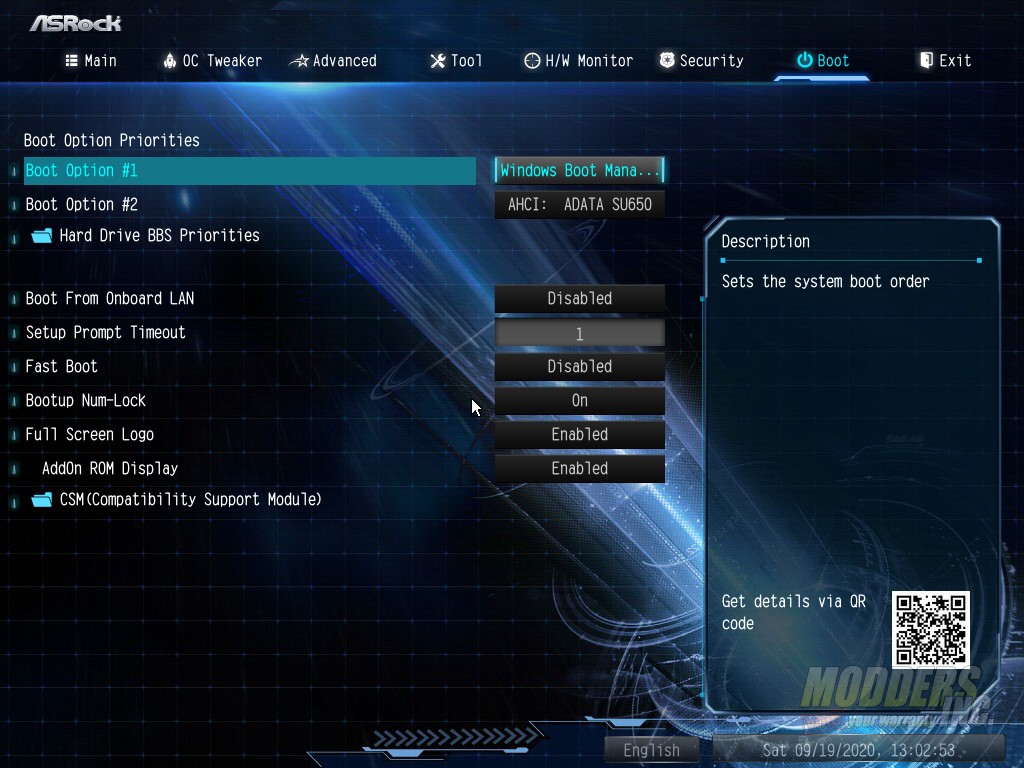 Lastly is the Exit tab. Here is where you can save or discard all your work you’ve put into configuring the BIOS. You can also load the defaults. Loading the defaults is a good idea after a BIOS update as well as after a failed overclock. You can also choose to override the boot option. For example, if you have two drives with two different OSes installed but do not want to go through the work of editing the GRUB or Windows Boot Manager, you can choose which you’d like to boot from here. Since this system only has one drive with an operating system on it, it is the only option. 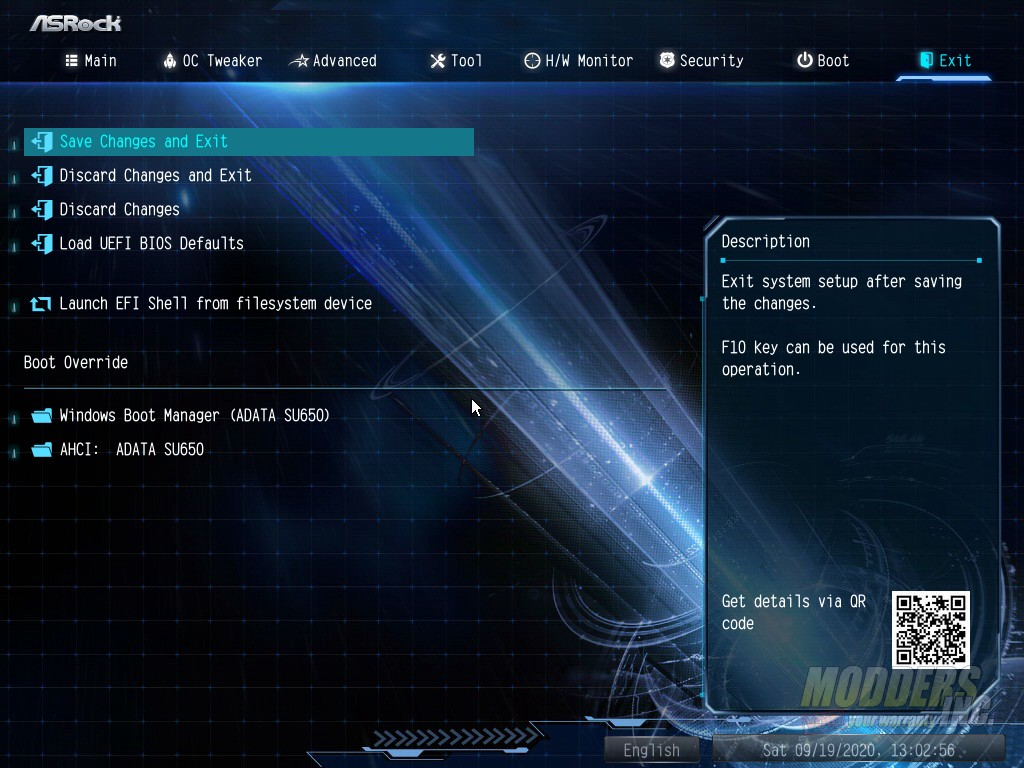