There are many ways to benchmark GPUs. With these benchmarks our goal is to do two things: first to show the performance of the card and secondly to make them easy to replicate. With a similarly configured system, you should be able to get similar results to compare your current graphics card against. There will always be a variance from system to system. All games for this review are tested with the HIGHEST IN-GAME  PRESET unless otherwise specified. A fresh build of 1909 and all drivers and games were installed. No changes were made from the defaults in the BIOS, Windows 10 operating system, or provided manufactures software. 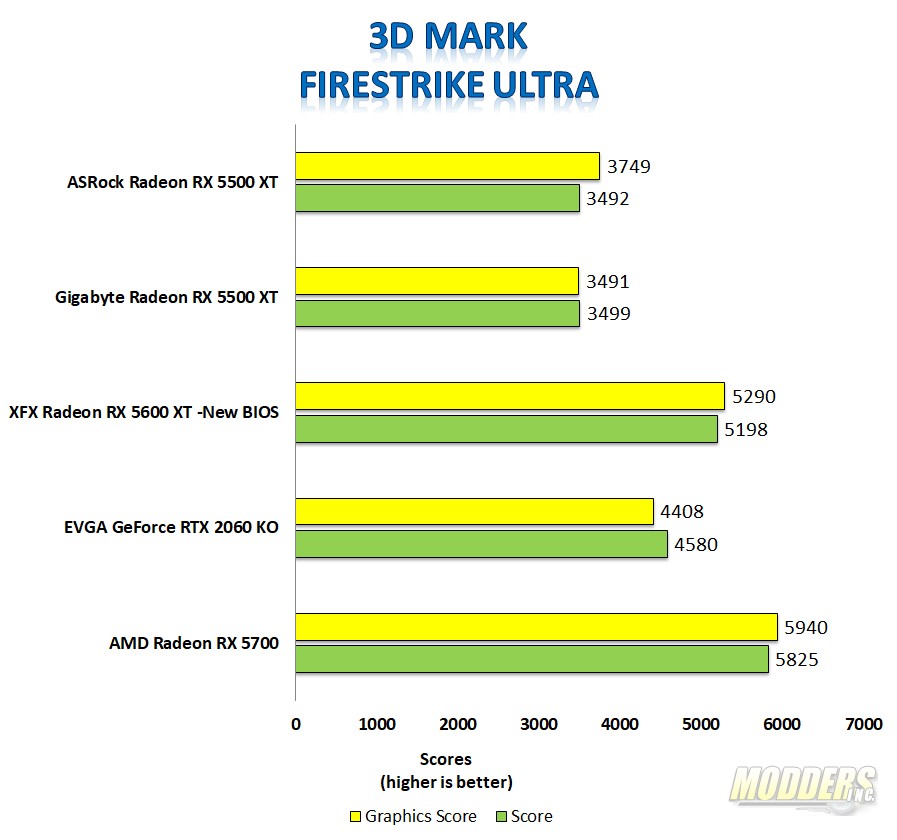 Firestrike Ultra is pretty brutal on any graphics card and especially budget cards.  However, the Phantom Gaming RX 5500 XT does well as it outscored the Gigabyte RX 5500 XT with a score of 3749 in the graphics arena. 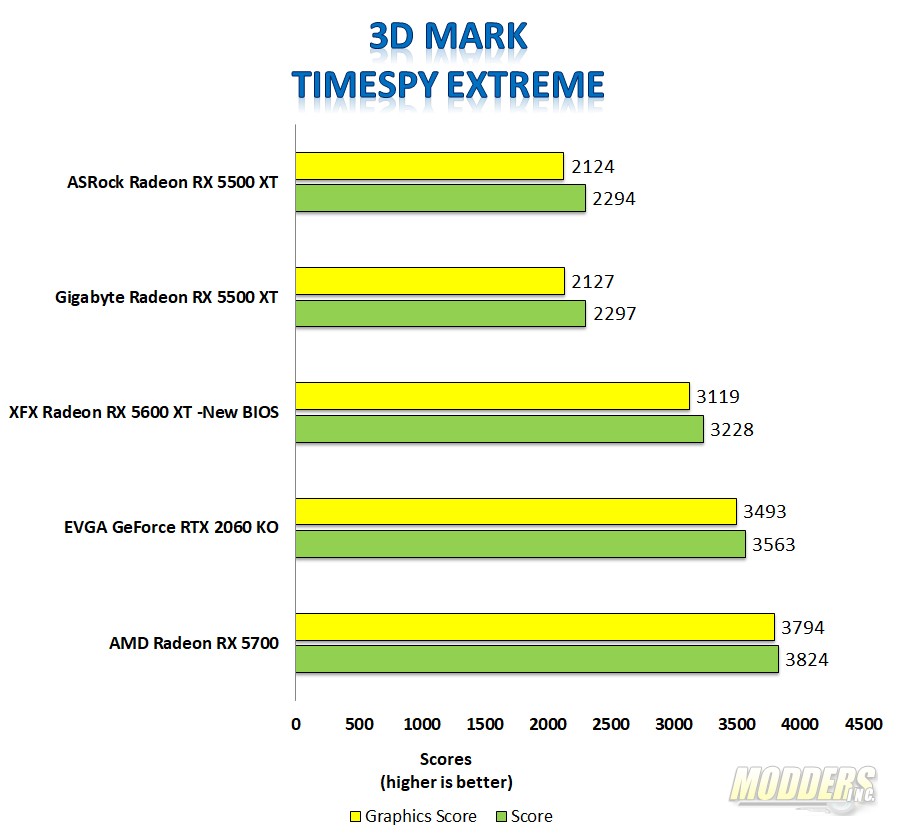 If Firestrike Ultra is brutal, Timespy Extreme is uber brutal. Both RX 5500 XT cards scored about the same here.  Only a couple of points separate them and are well within the margin of error. 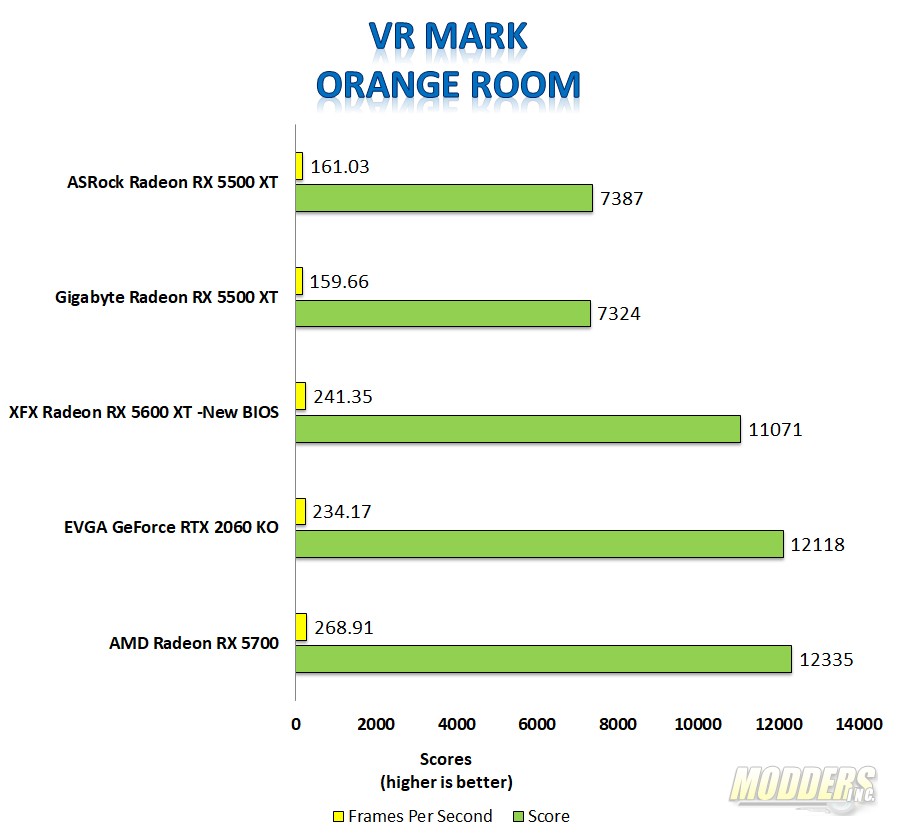 The Orange Room test from VR Mark represents VR performance with the original HTC Vive or Oculus Rift. There’s a very slight advantage for the Phantom Gaming RX 5500 XT in this benchmark, but not much of one. 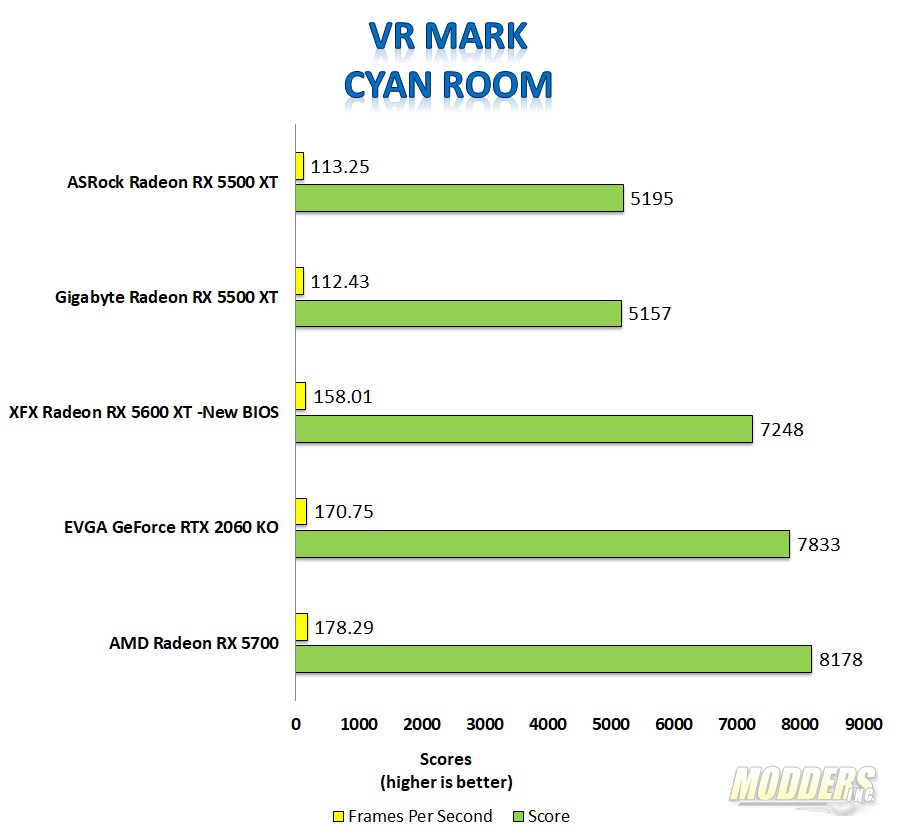 The Cyan Room Benchmark represents high-end VR hardware such as the Rift S. Both of the 5500 XT cards are very close in performance, however, if we were to call a leader, it would be the Phantom Gaming GPU. 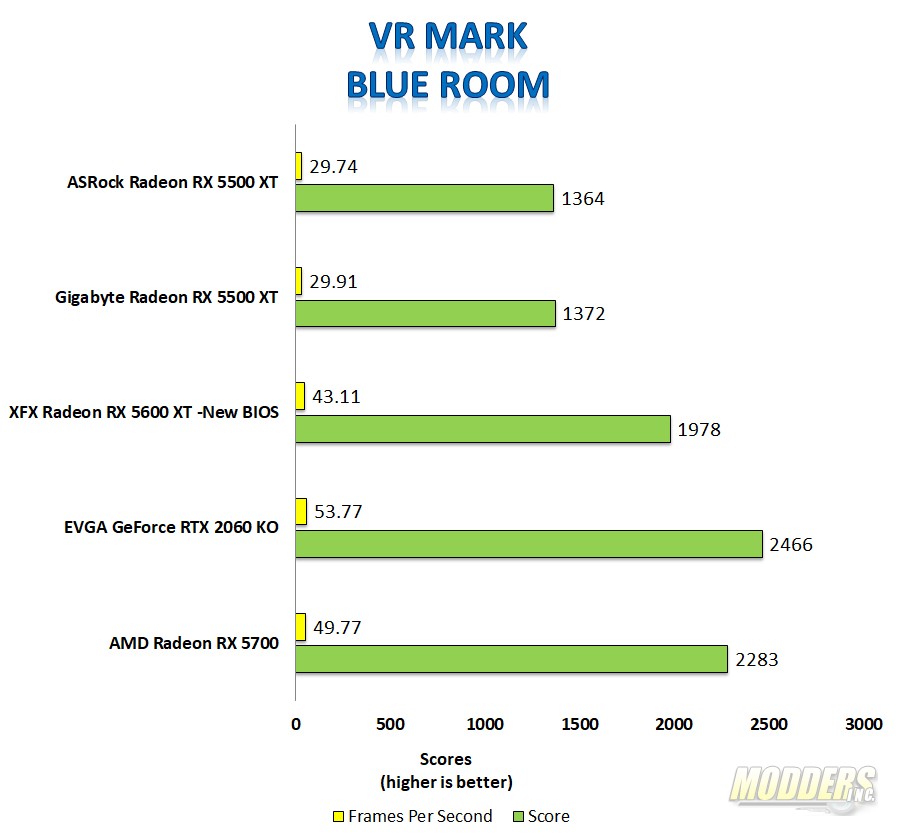 Finally, there is the Blue Room benchmark. This is designed to test GPUs at future VR Hardware and brings a lot of cards to their knees. The RX 5500s are tied with no clear leader. 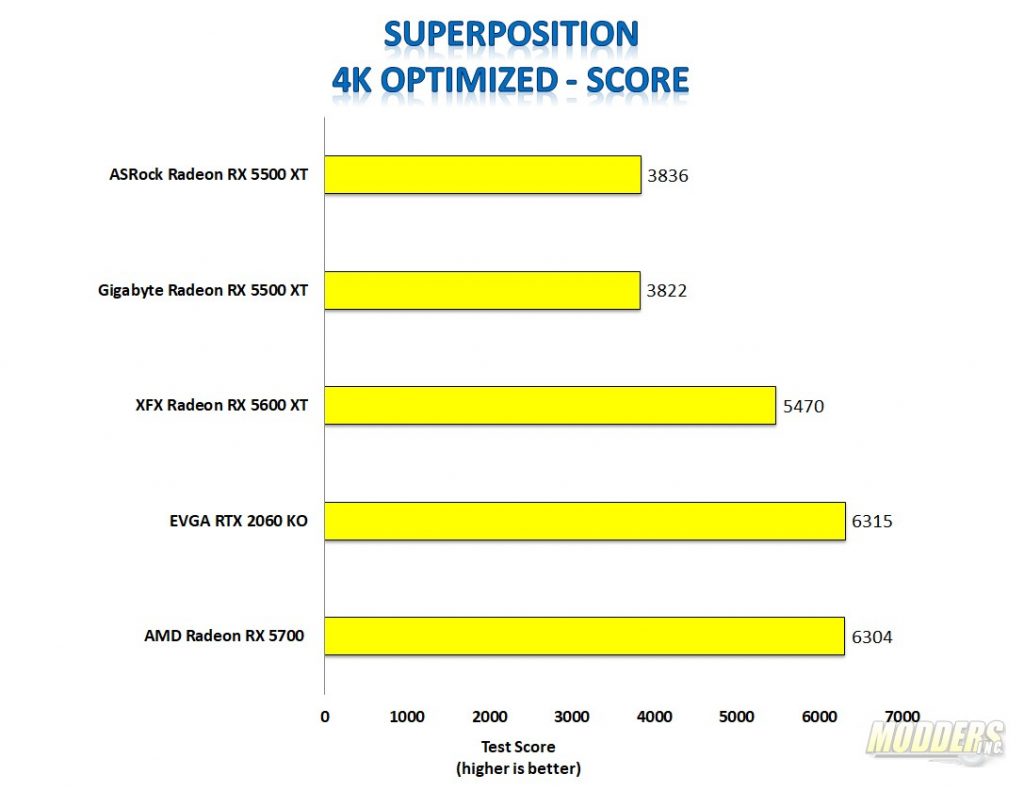 The Superposition benchmark sees the two RX 5500 XTs nearly tie in performance once more although a slight advantage goes to the ASRock GPU. 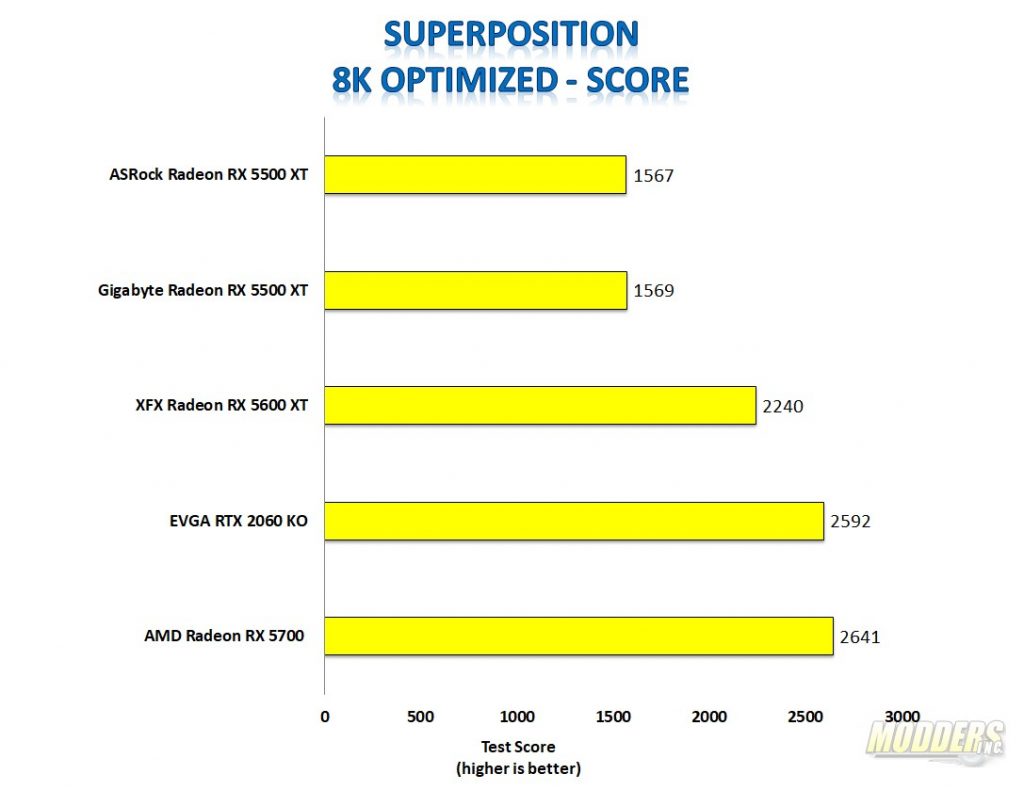 When we bump the resolution to 8K, only two points separate the ASRock and Gigabyte cards.