As ray tracing and the RTX cores have matured a bit, I wanted to test out Ray Tracing only. I set each of the games below to 2560×1440 and turned ray tracing on and if there were options, I set the Ray Tracing options to high.  Note that some games like Death Stranding and Call of Duty Modern Warfare either support Ray Tracing OR DLSS but not both. Which is why you’ll see Call of Duty Modern Warfare in the top chart but not the bottom and similarly Death Stranding appears in the DLSS chart but not the Ray Tracing Chart. 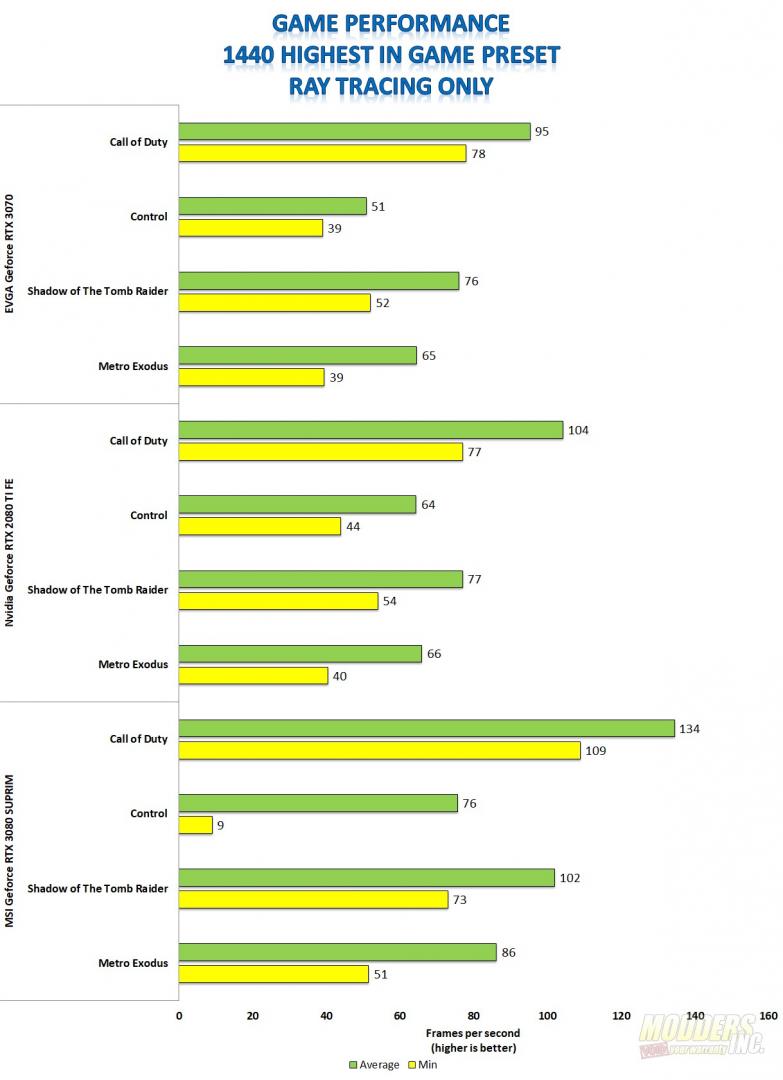 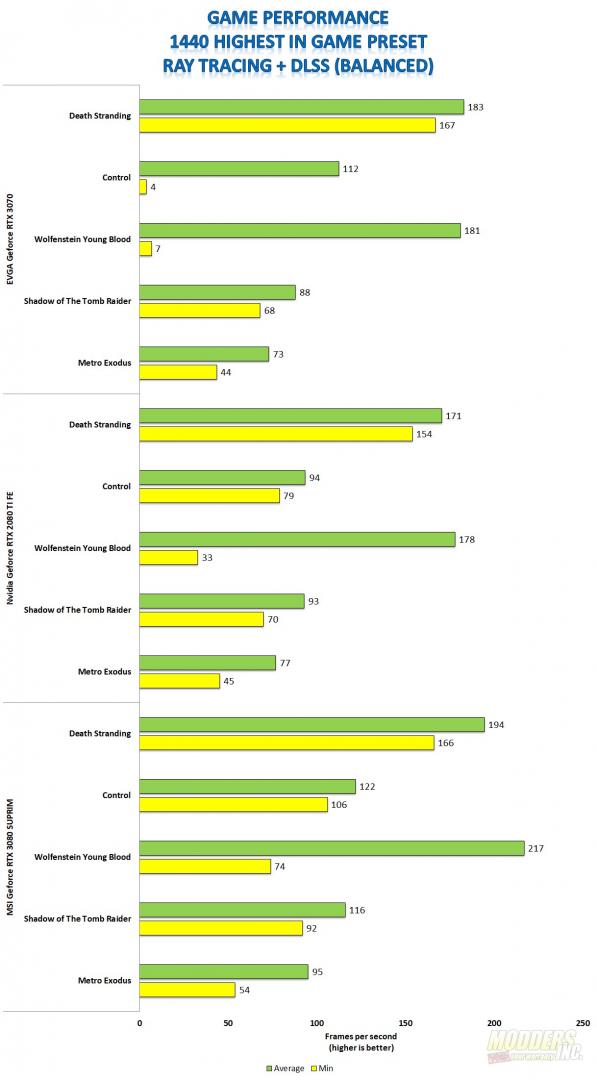 There are two games that either didn’t show any performance improvement at 1440p or didn’t support DLSS at that resolution. Mechwarrior 5 showed little to no performance difference at 2k with Ray Tracing and DLSS on as compared to off. Deliver us to the moon doesn’t offer standard FHD or 2k Resolutions. 4k was the common resolution for all games. I saw a similar situation with these two games during the RTX 3080 review. 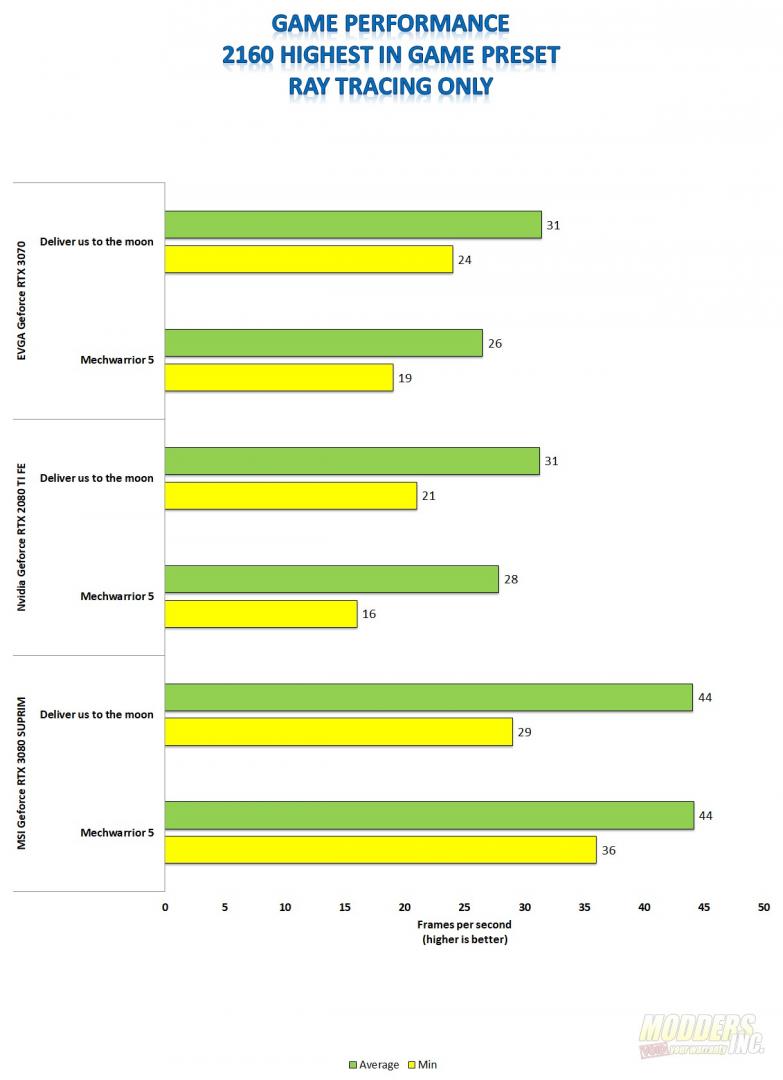 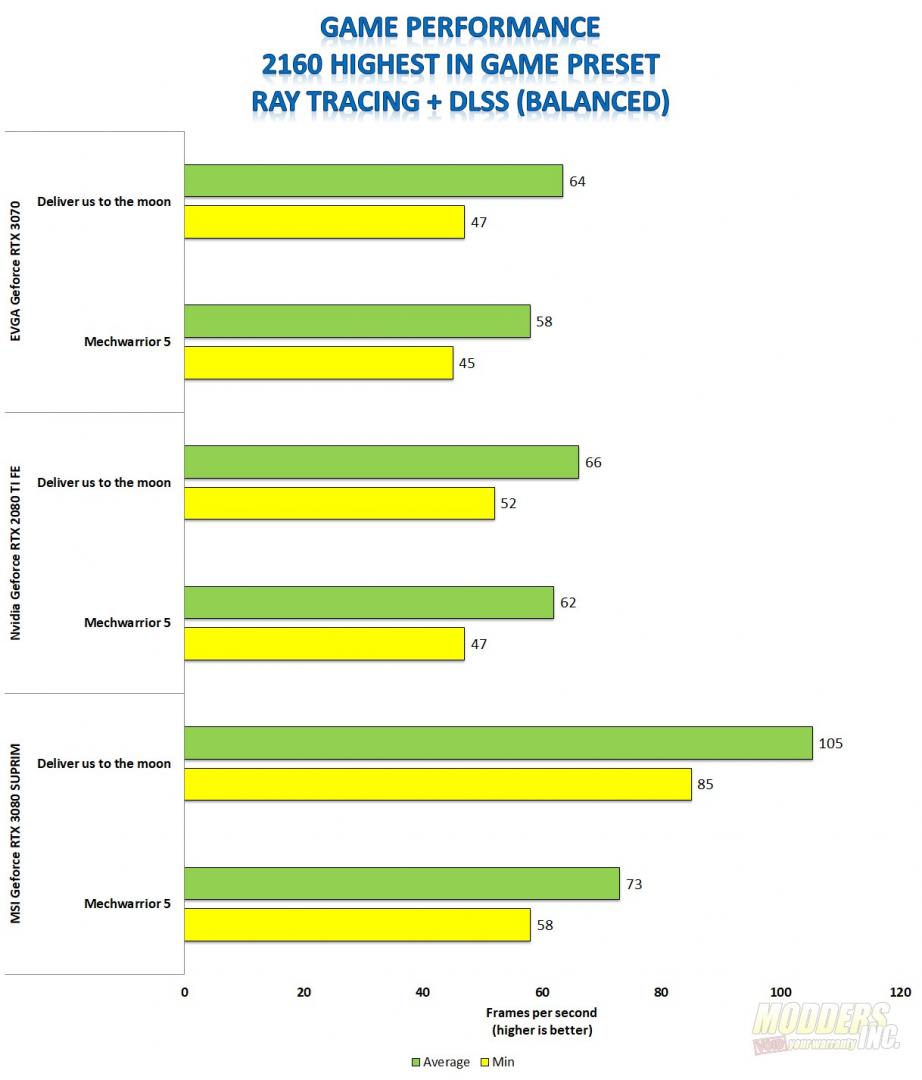