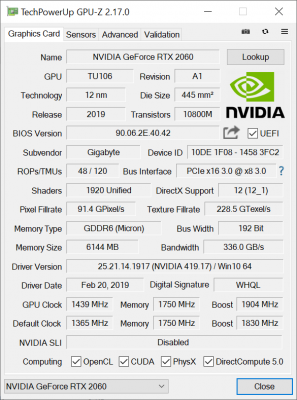 My choice for overclocking utility is MSI Afterburner. What I like about this utility is that you can push your hardware as much as you want without damaging it. The application layer of the software will freeze and disable overloaded values before they affect your hardware.

MSI Afterburner has an OC Scanner feature that scans your hardware and based on the configuration of the components adjusts power and clock. The OC Scan ran fine and adjusted the card settings.

Gigabyte RTX 2060 Gaming OC is already factory overclocked to 1830MHz from 1680MHz (reference card) so you are already getting an OC features right out of the box. With MSI Afterburner was I was able to hit 1935MHz and even could push the clock a little further (105MHz/manual) to get the optimal clock speed of 2040MHz. (Note CPUID HW Monitor shows 2100 MHz)

To validate setting I have used FurkMark benchmark with 1440p resolution to perform a GPU Test.

Memory overclocking was done by MSI Afterburner as well. I was able to increase the memory clock by 89MHz and have a stable system.

While benchmarking with FurMark the temperatures of the GPU stayed around 61 C and never reached 70C. Note (While in benchmarking mode, fans speed was set to 100%). 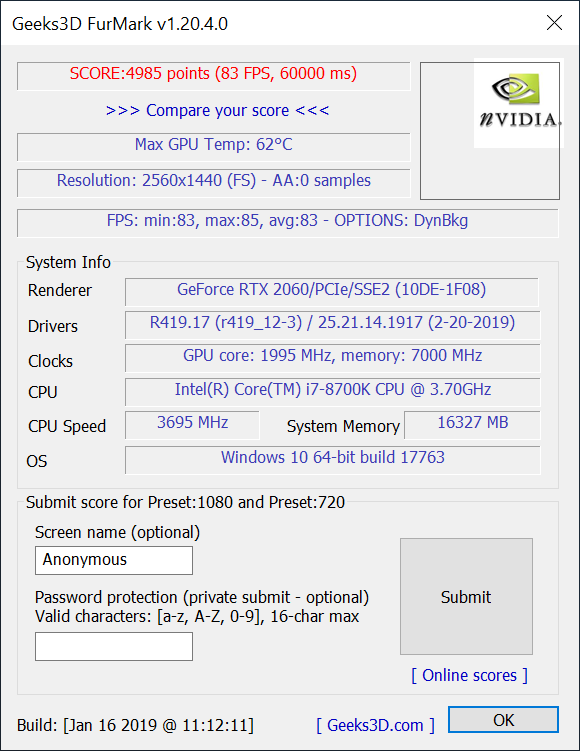 Minimum sound level I got from the entire system was 47dB and maximum 61dB. The recording was done 20 cm away from the GPU. 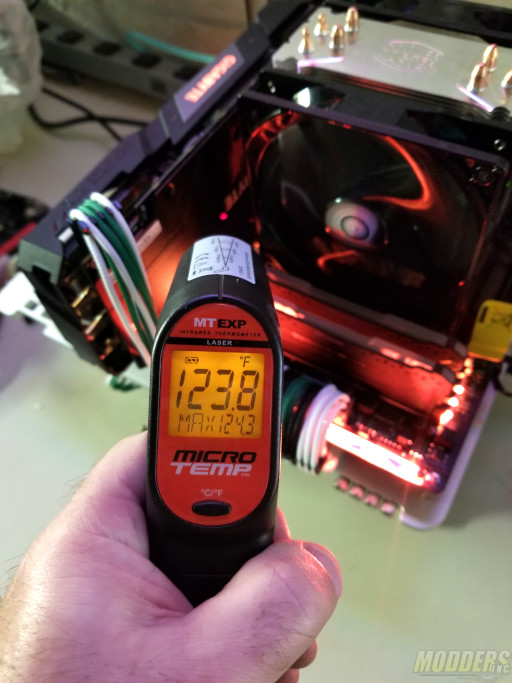 The plastic casing in which fans are embedded does not absorb heat however, the back plate of the GPU does and be careful IT IS HOT! Under full stress of the card the metallic backplate reaches up to 51C or 124F.