The front and rear 120mm fans all had ample length on the cables to be routed in a clean manner, plus they all also had the motherboard 3 pin header if you wanted to attach them there, I appreciate that option. I plugged all 3 into a silent power supply to listen to the fan noise. The two fans in the back were nearly silent. The blue LED fan up front was far from silent. The turbulence whistle coming off the fan was very distracting. I understand the need to have a good, high performance fan in the front intake to help with the cooling, but that does not mean it needs to be so loud. I’ve many high performance fan, or fans with good airflow, that were substantially lower in noise. On the plus side, the blue of the fan is the same hue and brightness of the blue of the power switch. Nothing will turn me off faster than a manufacturer that does not take the time to match the light colors, and these look good. The fan is loud, but the front appearance is good. Due to lack of video hardware (you can thank my son for absconding with the 7900GTX’s for his new machine) I simply do not have enough independent heat sources to apply a good load to this case and give you an accurate picture of it’s cooling potential. But I will say this much… the placement of the 4x120mm fan holes on the side panel door, as well as the dual 120mm exhaust on the back,  make me believe that this machine would keep the thermal envelope very well managed. I have no scientific data to back that up, just my opinion and my years of experience tearing apart chassis!

I’ve said my piece on the chassis cable lengths, so there is no need to got into that here.

Performance of the case under the missions that I put it in, it performed admirably. Except for the front fan, the chassis maintained a nice audio characteristic. Adding in an 80mm fan to the top would likely take this case down the wrong path for silence unless you invested in some fans specifically engineered for silent operation. Most all 80mm fans that I have listened to have been noisy, turbulent devices. Noisy and turbulent now whistling through some small holes in the top of the case is just not going to be quiet. If you are in a loud environment, you may not care! But if this is a home use machine, and you do not want the extra noise, take time to decide on the vendor of the fans you choose for your 4×120 configuration as well as your 80mm chimney fan. Appearances on the case were widely acclaimed and liked. It is not ostentatious, best as I can tell, and provides ample space for you to put all of your hardware dreams into the case. If you have a full sized power supply, you will not be able to install the 80mm top fan. Keep that in mind. From the back of the case, to the leading edge of the 80mm fan, that distance is precisely 175mm. By comparison, there are full sized power supplies that are 230mm “butt to front” that will just completely roll over that fan position. Add into that, the 80mm holes are recessed into the steel via a press/extrusion method. This means that they protrude into the case on the underside of the roof panel. The power supply area is nearly flush with the top of the case, and I am a bit worried that those extrusions may impact the installation of a larger/longer power supply, or force the power supply to be installed at an angle, and putting a ton of stress on the screws… if it will even install at all. .

Having 3 of a possible 7 fans is not a major detractor for me. To an enthusiast, fan choice is subjective, and totally beholden to the user. To have the basic fan locations covered (1 intake and 2 exhaust) allows the case to be functional, while still allowing for the user to tune the cooling for their noise profile/performance desire. It would be impossible (and expensive) for NZXT to put fans in all 7 spots, only to have a majority of those fans likely ripped out and replaced as the user (who is an enthusiast mind you) tunes and tweaks the chassis for their needs. I find it to be a good decision by NZXT to not include all 7 fans. 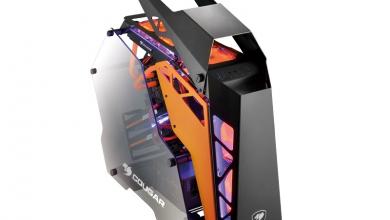 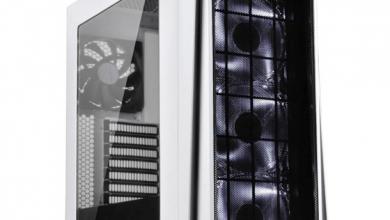 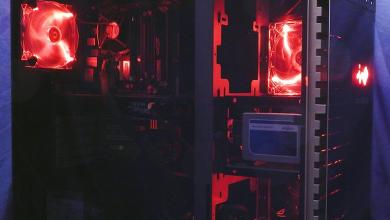