Revolution is an interesting word. On one hand it can mean a sweeping change and a dramatic break from a pattern but it can also mean a circular loop trapped in an orbit; traveling far but returning to where it started only to repeat the voyage once again. With every exciting new product announcement, an enthusiast expects it to be one or the other but that is an unrealistic and cynical view of what is really going on. The truth is, true revolution is not an instant leap that is so often romanticized, but it is a slow and gradual process that takes many trials and errors to finally happen. In an ideal world, this process would be completely refined before the product has even hit the market but that is never really the case because not all variables can be simulated in the lab, plus companies have a time table to follow, investors to please and profits to be made. As a consumer, it is not naive to hope however, as it is often when you least expect it that a game changer shows up.

Deepcool’s popularity has grown by leaps and bounds in 2014 with a massive push of their GamerStorm line of products. Their latest project ventures into the deeper waters of high-end CPU performance with the Captain series of self-contained all-in-one liquid CPU coolers. The GamerStorm Captain is available in 120mm, 240mm and 360mm radiator versions with a noticeably larger pump compared to the low-profile GamerStorm Maelstrom. The GamerStorm Captain CPU cooler series also offers extensive mounting support across both AMD and Intel motherboard socket standards including Intel LGA2011-v3, LGA2011, LGA1366, LGA1156, LGA1155, LGA1150 and AMD FM2+, FM2, FM1, AM3+, AM3, AM2+, AM2.

The 360mm version of the Captain was the first to arrive for testing here at Modders-Inc and the larger 360mm radiator obviously requires a larger package. The box is quite modest with the lack of promotional information compared to other CPU cooler packages but the rear side shows a measured dimension for those who want to know whether their case is compatible with the 360mm radiator. The package inside is similar to other AIO’s currently available in the market with form-fitted recycled cardboard storage holding the contents and plastic covering all the pieces. The accessories are all neatly bagged with the universal backplate and the radiator mounting screws housed with the metal case badge on one bag and each Intel 115x, AMD and Intel LGA2011x mounting in their own separate containers. There is also a 4-pin PWM fan hub included as well as adhesive tape for mounting it. The manual included folds out into an illustrated installation guide. 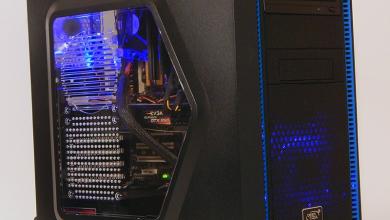