A Closer Look at the Creative X3 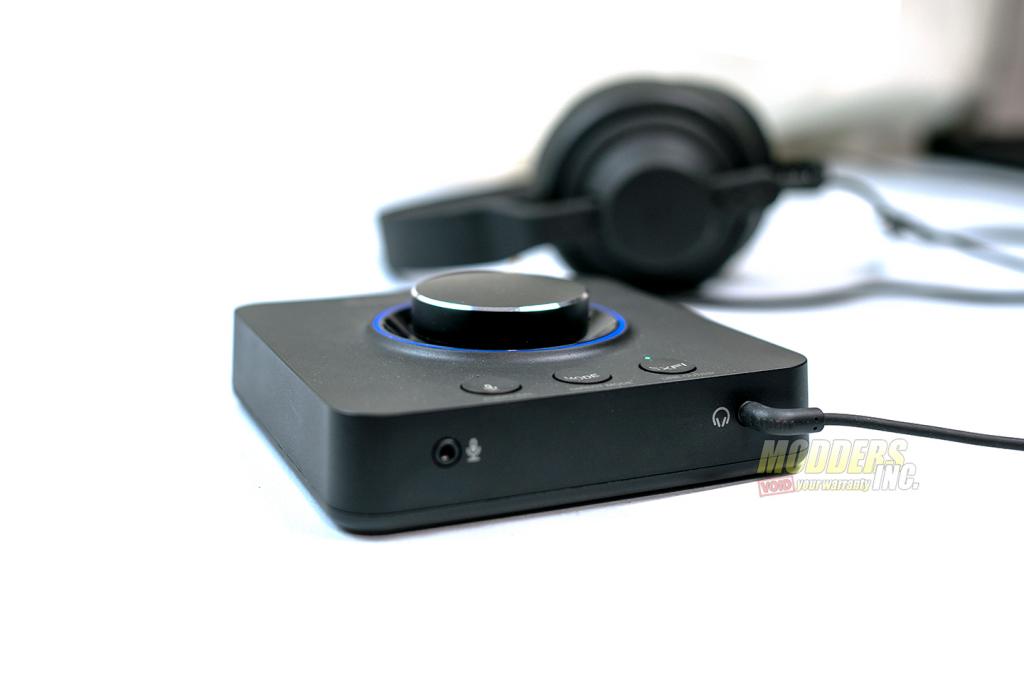 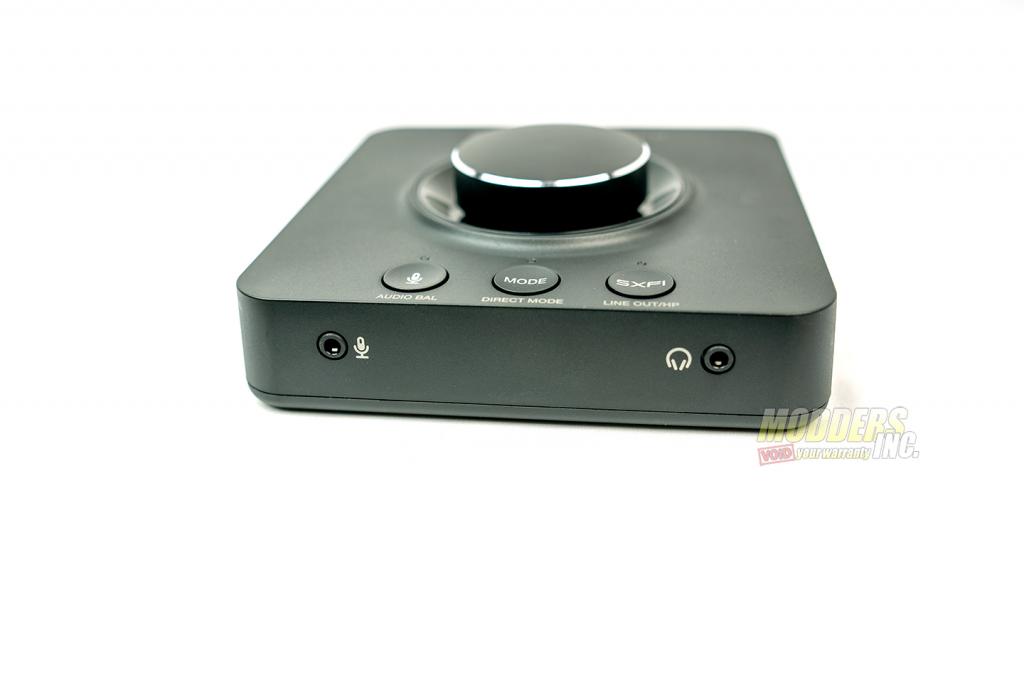 On the back of the X3, there are five 3.5mm ports. These five ports are for speakers. From left to right, there are line out ports for front, side, and rear speakers. There is also a port for a c/sub, or subwoofer. There is a single Line In port that has a few uses. But more on that later. Also, there is a single SPDIF, or optical out port and a single USB Type-C port for both data and power. Although the Sound Blaster X3 can be plug and play, there is software that accompanies the X3, but more on that later.

The top of the Sound Blaster X3 has the Sound Blaster logo inscribed on the top, just above a large round volume knob. The multifunction knob on the X3. The main uses of this knob is a volume knob and a mute button. However, there is more to this knob. There is a large  LED ring around the knob. This LED will change colors depending on the function the knob is being used for.  When the sound is muted, the LED is blue has a breathing effect where it will slowly fade in and out. When the sound is unmuted, the LED is solid blue. 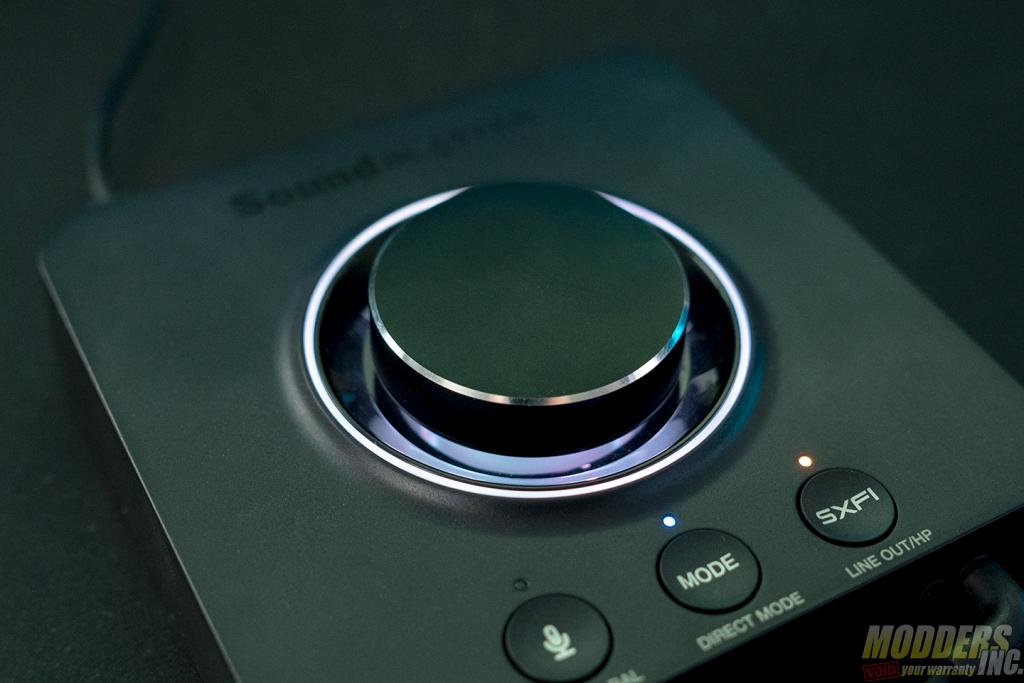 There are three buttons under the knob. These buttons are the Audio Balance, Mode Button, and the SXFI, or Super X-FI button. Now, there is a lot of functionality to these three buttons, so this section may be lengthy. The first button is used for both the microphone volume control as well as the audio balance control. When the LED around the knob is off, so are the Mic Input and Monitoring Level. When the LED is red, both the Mic Input and Monitoring Level are on. 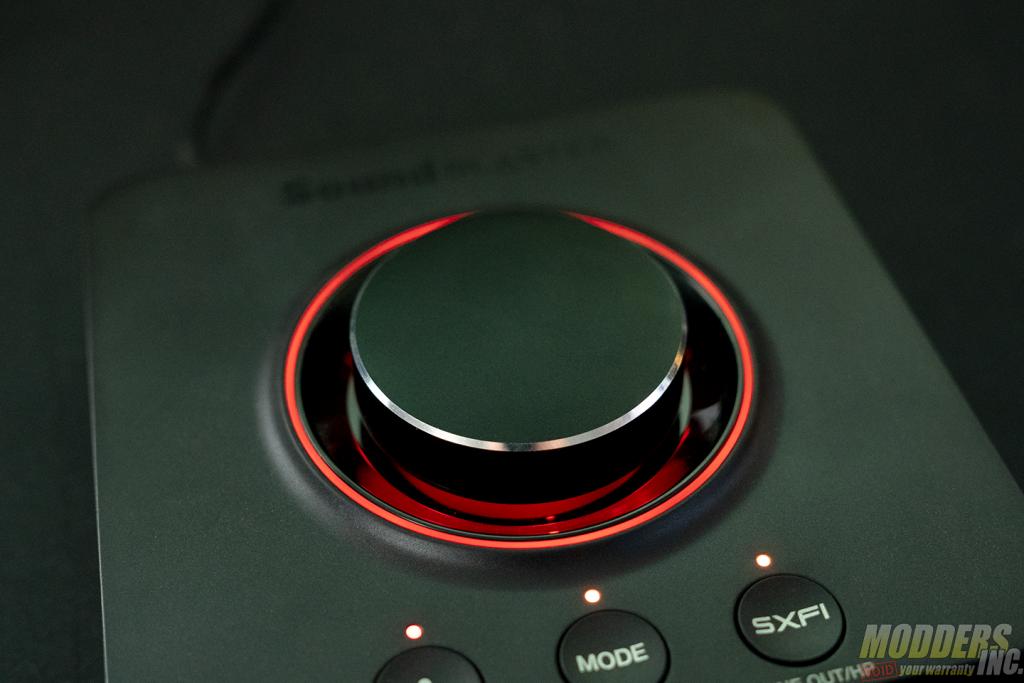 When the LED is green, the knob is controlling the Audio Balance. Also, when using the audio balance, the LED will turn orange when the audio source is the SPDIF or optical port. When the LED is cyan, the audio source is the four Line-Out or speaker ports located on the rear of the Sound Blaster X3. To enable Audio Balance, simply press and hold the Microphone button until the LED turns green. With Audio Balance enabled, turn the knob clockwise to listen to the speaker output while reducing the SPDIF interface’s volume. Turn the knob counter-clockwise to listen to SPDIF Interface’s output while reducing Speaker’s volume. To reset the balance just press the Volume Control Knob once. 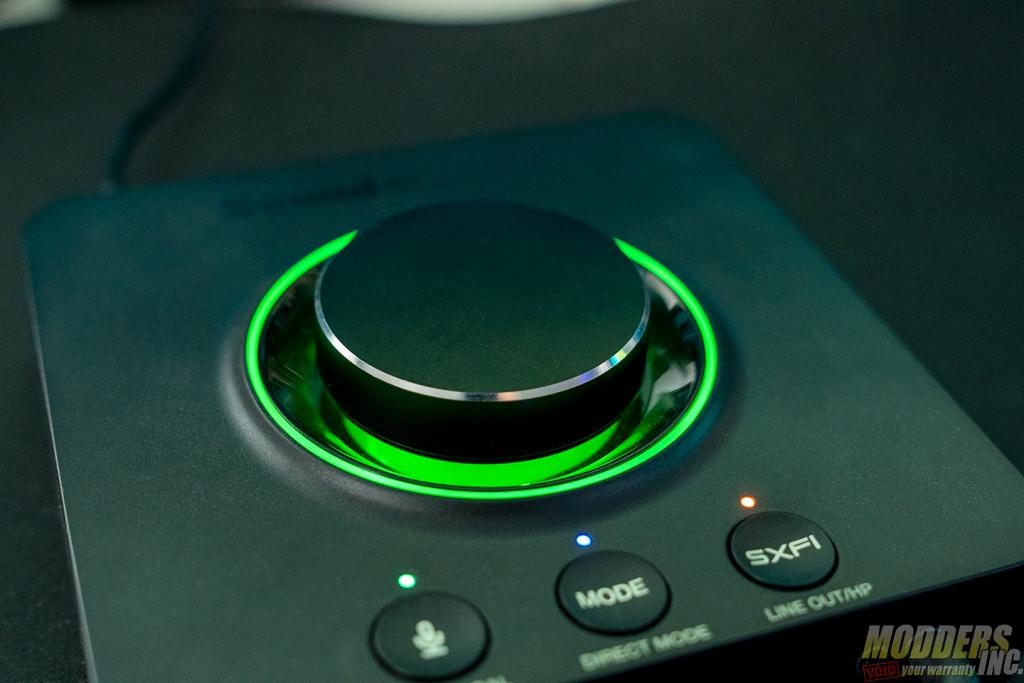 The next button is the Mode button and like the microphone button, it too has several different functions. Out of the box, three specially-tuned EQ modes are designed to enhance audio for different usages. Simply press the “Mode” button on X3 to cycle through the different modes. These modes are Music, Movies, and Footsteps Enhancer. The Music preset gives you a significant boost to bass. The movie preset allows you to hear the character dialog clearly without compromising the background effects. 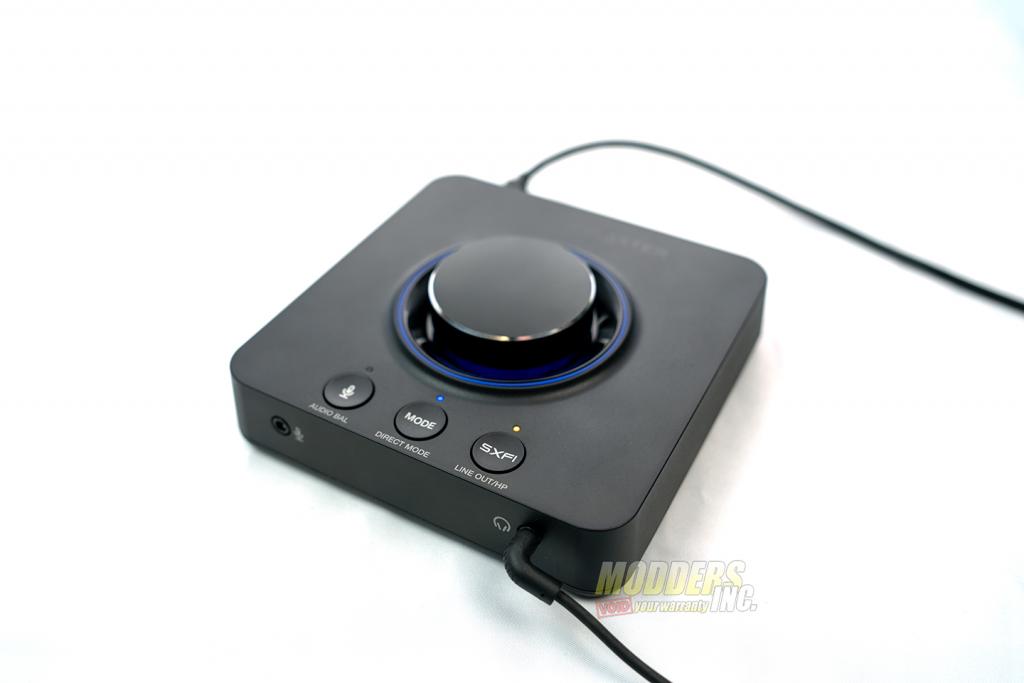 The Footstep Enhancer allows you to hear enemy footsteps in-game before you even see them. However, using the Sound Blaster Command software allows you to tweak the settings of these presets as well as create your own presets. For the Music Mode, the LED will be white. For the Movies preset, the LED will be purple and the Footsteps Enhancer preset will give you a blue LED. If the LED on the Mode button is off, the Equalizer is disabled. If the LED is green, then you’re int he Equalizer for Super X-FI. You must have Super X-FI enabled to use the Equalizer for Super X-FI. When you press and hold down the mode button, the LED will turn orange and enable direct mode. 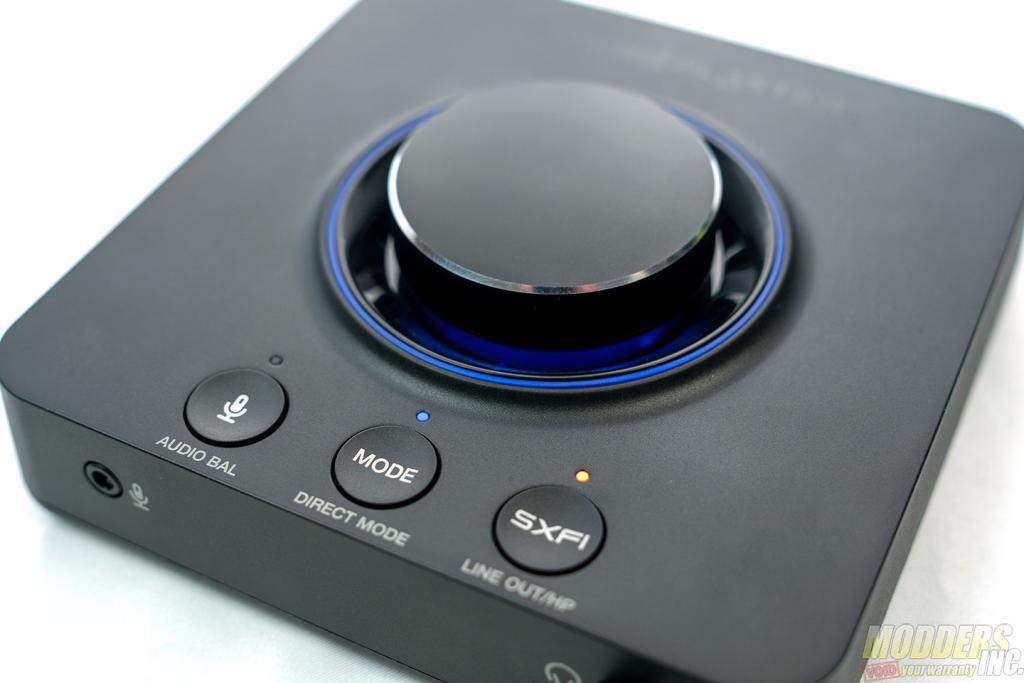 Now generally we would completely disassemble whatever product we are reviewing. We do this to get a shot of the PCB, DAC and anything else of note such as the Super X-FI processor. However, with the Sound Blaster X3, I could not get the PCB out of the housing. The two pictures above show as far as our disassembly got. With that, now let’s get into the performance and software of the Sound Blaster X3.