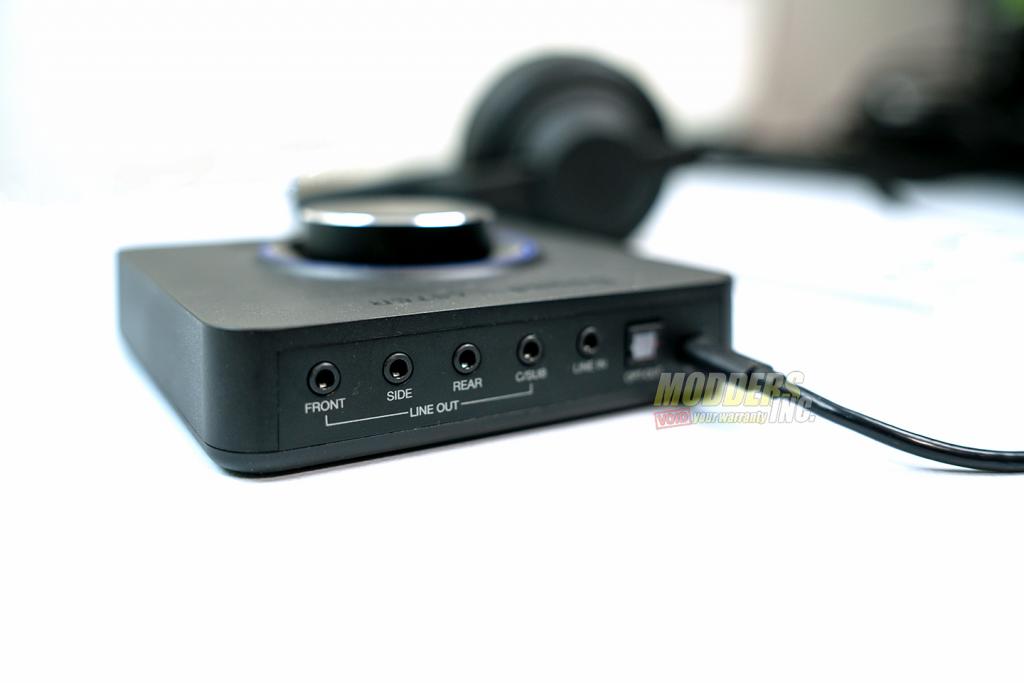 I start most testing sections in audio reviews the same way. By stating that audio reviews are very subjective. We can do all the testing we want, but what sounds good to me, may not sound good to you. For all audio reviews I do, I have specific samples of music and movies I used while testing headphones, earbuds, sound cards, and the like. The games I play do vary since as new games come out, there are better games for testing audio. Generally, its first or third-person shooters I use to test audio though.  I always listen to the Eagles Hotel California. My reason for picking this song is it’s the song I listened to on Sennheiser’s $55,000 Orpheus headphones at CES a few years ago. However, I do listen to a wide array of music, and my testing reflects that. I always test any audio hardware with rap songs with excessive amounts of bass, This is to see if there will be any distortion on either the headphones or speakers I’m using at the time of the review. Most recently, I’ve also added a 7.1 surround sound test as well. The test includes several different clips and does a great job testing surround sound system. You can test it out here: https://youtu.be/Jb4GolexHac 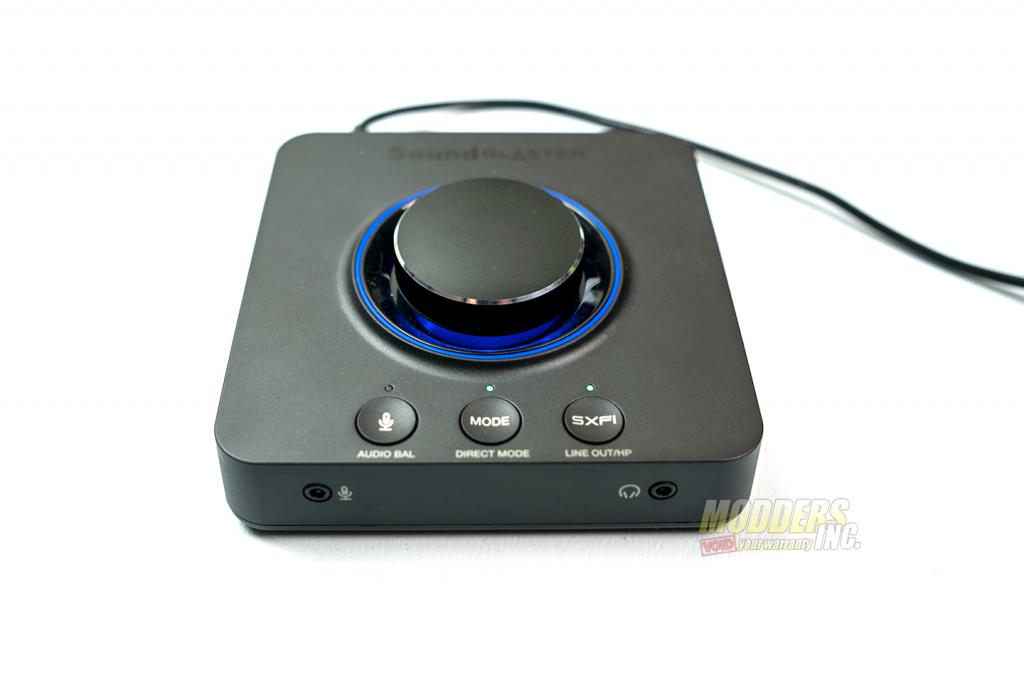 For the last several years now, I’ve used the Fnatic Duel gaming headset on my PC. It’s an amazing headset and completely modular. Its private label for Fnatic and made by AIAIAI and part of their TMA-2s ecosystem. It is hands down, the best gaming headset I’ve ever used. However, with its modular, I have it set up as a pair of headphones, with no in-line or boom mic attached. I’d dare to say they may be one of the best pairs of headphones I’ve ever owned. I even chose the Duel over my Sennheiser headphones for several reasons. The fact the Duel can be customized is a great feature, they are very comfortable and if you can believe it, sound better than the Sennheisers I was using, the HD 598 special edition. However, since the Sound Blaster Command software has a Super X-FI profile for the Sennheiser HD 598, I used both the Fnatic Duel and the Sennheiser HD598 for testing in this review.

I always watch the same movie when testing audio. That movie is Black Hawk Down. It’s great for testing both 5.1 and 7.1 surround sound. It also won the Oscar for best sound mixing in 2002 and since my first audio review, it has stuck with me. This movie sounded amazing with Super X-FI enabled. Even on 7.1 surround sound, the movie always sounds good. But, with Super X-FI enabled, you could hear bullets flying by your head. It creates a very immersive feeling while watching movies, or even TV. 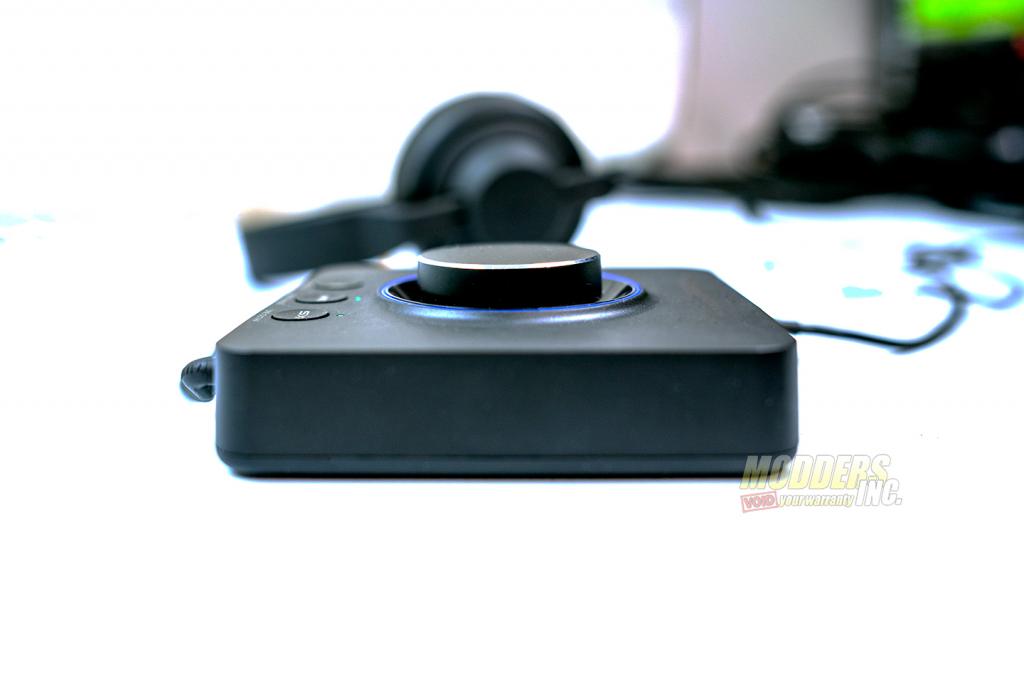 My current addiction in gaming is Red Dead Redemption 2 which is s 3rd-person shooter. For gaming, there are a couple of options. You can either enable Super X-Fi, and use the Footsteps Enhancer preset, or enable Scout Mode. Both options it’ll give you similar results. However, I prefer Scout Mode to be enabled over Super X-Fi. In gaming, Super X-FI does sound good and the footstep enhancer works very well. But scout mode was specifically developed for gaming. It not only amplifies your enemy’s footsteps but allows you to hear from what direction they are coming from. This worked very well in games such as Red Dead Redemption 2, Call of Duty and Assassin’s Creed Odyssey.

For Music, the Sound Blaster X3 works great. One either pair of headphones, music was crystal clear with absolutely no distortion. As I mentioned earlier, I listen to a wide range of music for testing audio products. From classic rock, rap, pop, and heavy metal. The two big tests for any audio product, in my eyes, are rap and heavy metal. With many rap songs having heavy bass, they are usually a good way to test out a headphone amp. I tried to distort the music using the X3, and couldn’t. We recently reviewed the Creative Stage soundbar with a subwoofer. So, I hooked up the soundbar via the 3.5mm jack on the back of it tot he headphone jack on the front of the X3. It worked so well that this is now my main audio source on my main PC. The Creative Stage hooked up through the Sound Blaster X3. Even using a bass test I found on YouTube, there was no distortion, even with the volume on the Stage and X3 maxed out. I have to say this impressed me as I had expected distortion at this point. 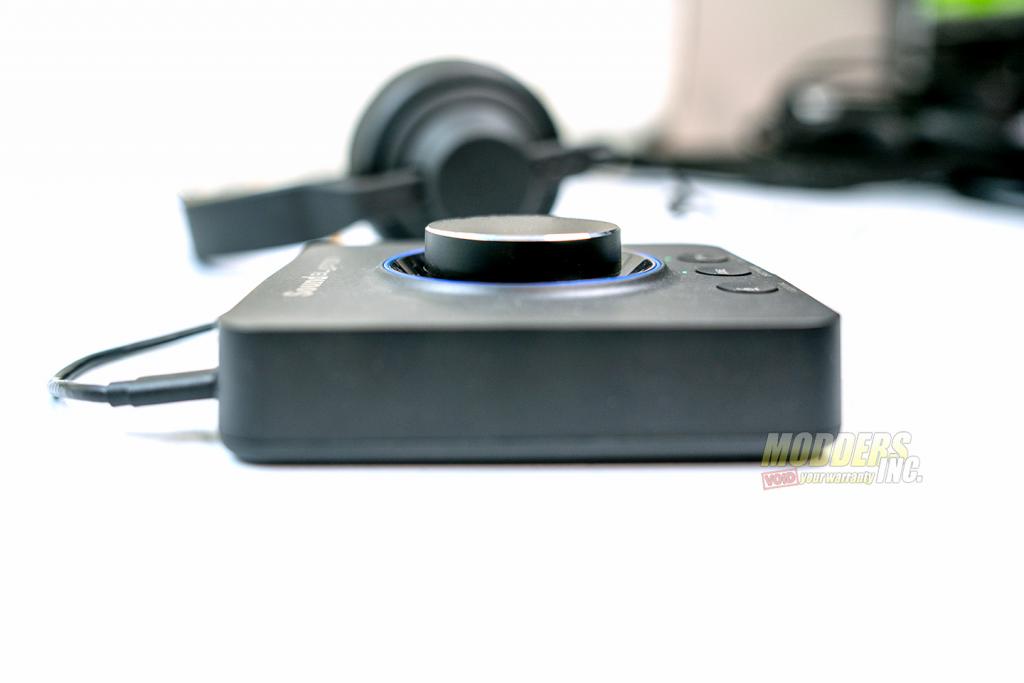 My favorite use for the Sound Blaster X3 is as an amplifier for my phone.  I simply had to plug my phone in through the Line-In port and power the X3 to the wall. I started watching one of the Harry Potter movies on my phone, simply for testing purposes and was near the end of the movie when my phone started to die. The Sound Blaster X3 also worked very well on my TV through the Line-In port. It was great having headphones on the TV in the living room for a bit. That’s for sure. As expected by that point, the sound was excellent.

As for the mic input, I was weary when I went to test it originally. Several times now, I’ve tried to hook up my Rode Video mic to my Sound Blaster K3+. However, every time I have, the mic sounds off with a ton of distortion and crackling. However, to hook up the Rode Video mic to the K3+, it required adapters. For the X3, there is no need for adapters. The Rode video mic sounds great, all though with a bit of background noise. That’s more the mic than the X3 though. In fact, the Sound Blaster X3 is the final piece for my mobile streaming set up. I can now stream from different sites, without sacrificing quality.