Results of the Enermax AQUAFUSION 240 RGB

The Stock test was run with the CPU set to the stock settings in the BIOS. The radiator fans and pump were set to the normal setting in the Arous BIOS. This allows the fans and pump to spin up and down based on temperature. The stock temperature curves in the BIOS were used. CPU pump and the radiator fans are controlled by PWM controller so the pump and fans are controlled by motherboard as needed. Stock Vcore was set to 1.140V. (Stock speed of 4.2GHz)

The Overclock test was done with custom settings. I set the voltage for the CPU at 1.224v for Vcore and set the multiplier on all cores at 48. To hit stable 4.8GHz. Pump and radiator fans were set to full speed in the Aorus BIOS settings. 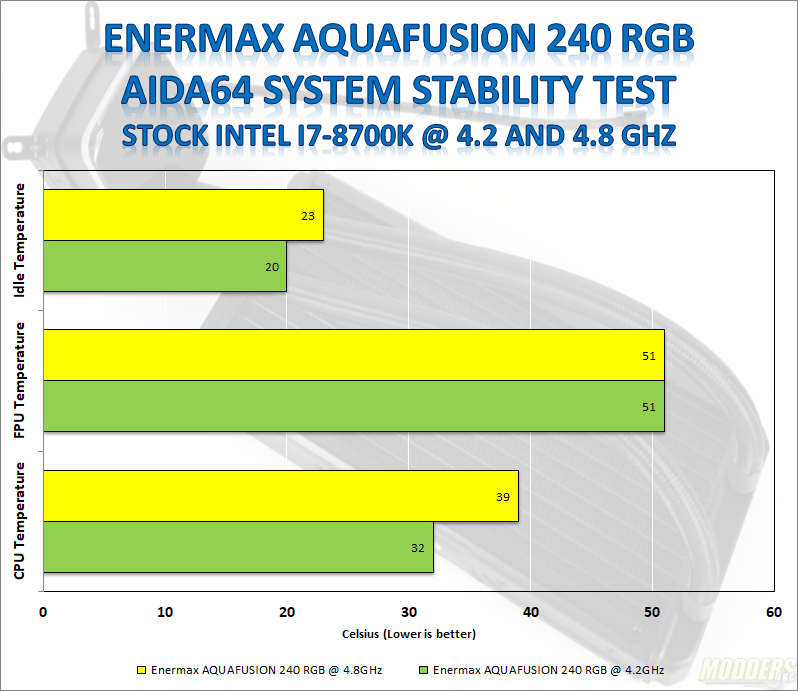 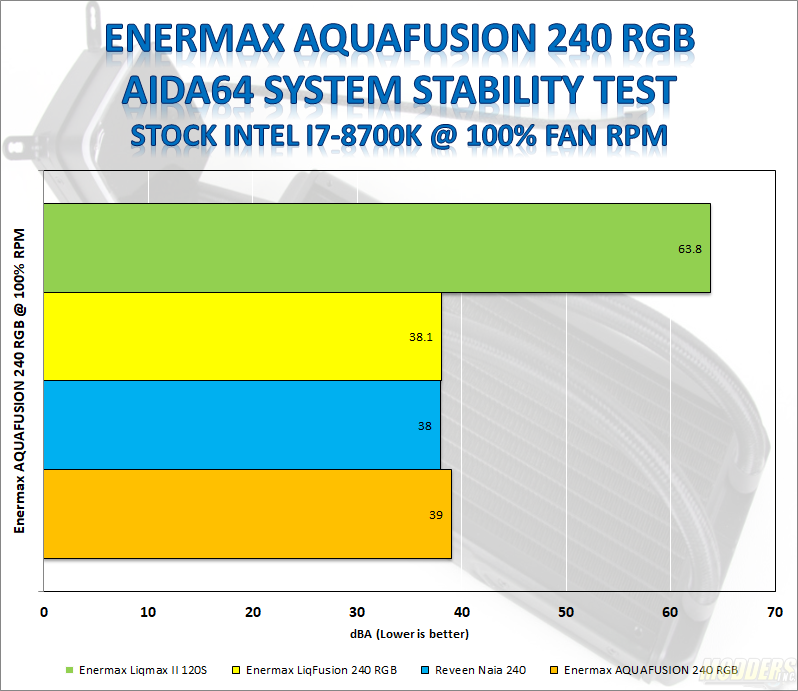 I performed multiple temperature tests with the Enermax AquaFusion 240 with AIDA 64 System Stability Test. And each time I ran the benchmarks I was shocked how well the temperatures held in the Stock and Overlocked states.

What really surprised me is the FPU temperatures which stayed at 51C under Stock and Overclocked configurations of the system. CPU Temperatures held very well under full load. In the Stock state, the temperatures reached 32C and in Overclocked state they reached 39C. So, you can safely say that AquaFusion 240 will not only cool your CPU with your everyday operations such as gaming and word processing but also a really good solution for those who wish to push their hardware to the limit. I was successful to hit a 4.8Ghz on an I7 8700k CPU with VCore of 1.224 and keep temperatures as low as possible.

Fan and Pump noise under full stress remained calm and whisper quiet. My reader had a difficult time picking up any sound what so ever from the fans until I moved in closer (20cm) to the fan center.