Test System and Benchmark Results of the Celsius+ S36 Prisma

The Stock test was run with the CPU set to the stock settings in the BIOS. The radiator fans and pump were set to the normal setting in the Arous BIOS. This allows the fans and pump to spin up and down based on temperature. The stock temperature curves in the BIOS were used. CPU pump and the radiator fans are controlled by the PWM controller so the pump and fans are controllers by the motherboard as needed. Stock Vcore was set to 1.232V. (Stock speed of 3.6GHz) 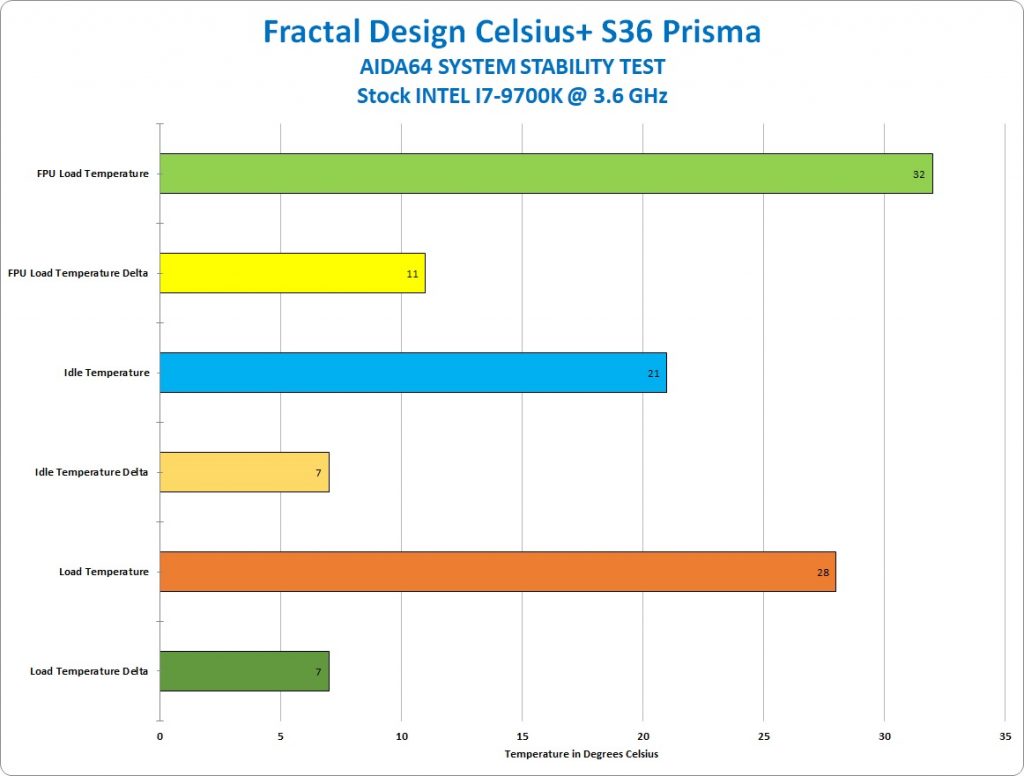 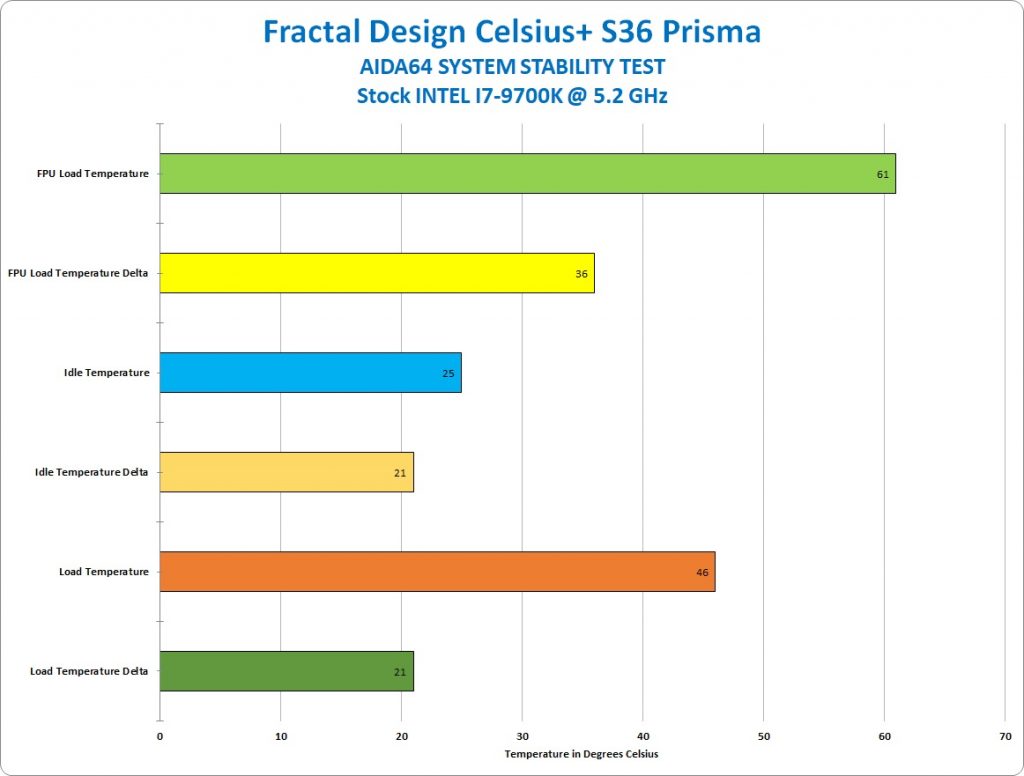 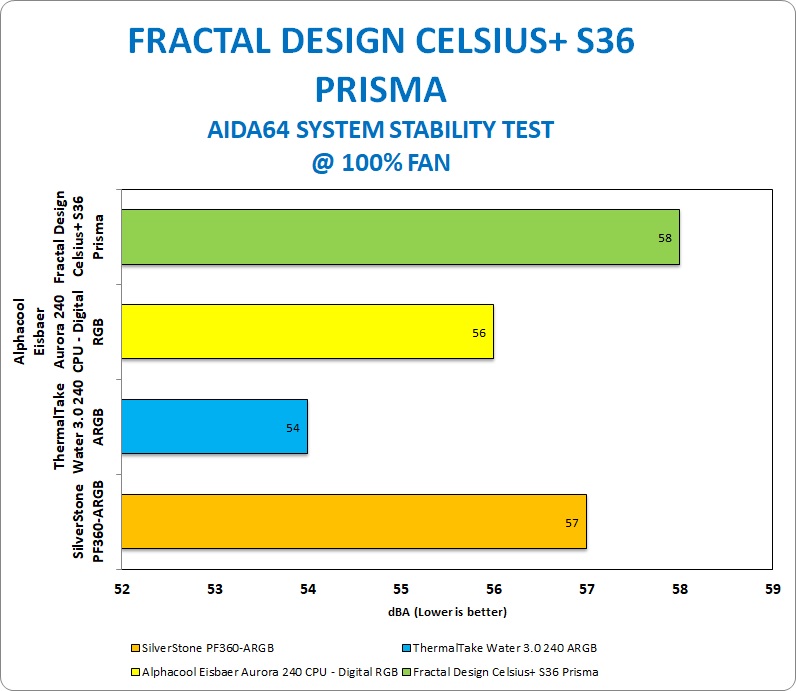 Before performing benchmarks, Celsius+ S36 Prisma AIO was completely burned in before taking the measurement. The burn-in time took close to 3 days and only after then I started to see appropriate data from my readings. The burning in of the AIO is essential to get accurate readings.

The sound level was measured by TDJ 834 sound meter. The measurements were taken at 100% fan speed at about 20 cm away. A maximum noise was produced about 58dBA.