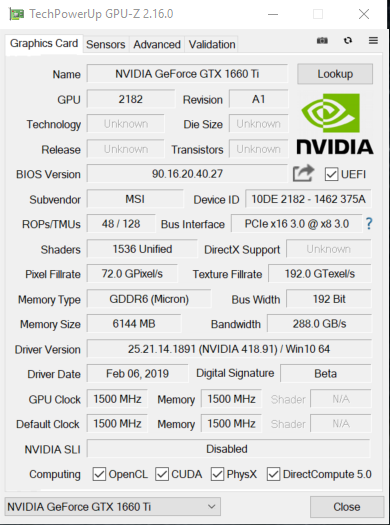 Being a non-reference card, The Gaming X 1660 ti is already a factory overclocked card with a boost clock of 1875 MHz out of the box. Afterburner has the base clock speed as 1215 MHz. MSI Afterburners OC Scanner was able to get the base clock to 1335 MHz and it boosted to 2040 MHz. With manual overclocking, I increased that to +125 on the core with the card boosting to 2070 MHz. The 2070 MHz was the best boost clock speed the Gaming X 1660 ti achieved.  As for the memory, I was nearly able to max out the slider in MSI Afterburner with the Gaming X 1660 ti. I added an additional +1200 on to the memory. Anything past that and the benchmark would crash. During the gaming benchmarks, the MSI Gaming X 1660 ti maxed out 61°c. However, even while running FurMark to validate the GPU overclock, the card never saw 70°c, maxing out at 69°c. 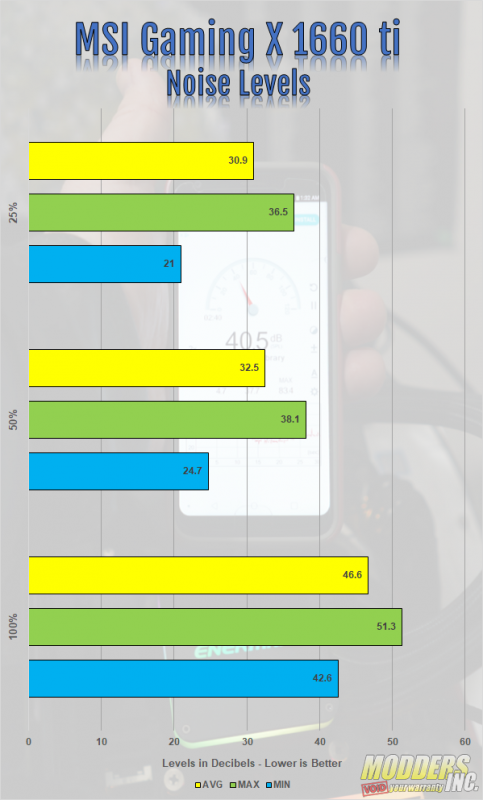