Overall I thought the Roccat Kave XTD 5.1 Digital headset is a solid performer. The audio quality from the headset is excellent. At just slightly under full volume the headset is LOUD! So loud actually, that it did infact bother my ears. At that volume there was no discernible distortion in any of the highs, mids or bass. Playback was clear and crisp. At (my) normal listening volume while gaming or watching movies I didn’t have to strain to hear anything. Surround sound works very well and each channel is clear and distinguishable. Someone walking up behind and to the left may actually make you turn around to look. Surround sound placement seemed to be spot on as foot steps or other sounds not directly in front were pretty much where I expected them to be. The microphone worked well too. Typically I have a fan running in the background and during Skype calls, I specifically asked if anyone could hear background noise and the response was either none or very little. The microphone can be set to either 44.1 KHz or 48 KHz sampling rate. The people I called during the tests did notice a difference between the two sampling rates. The Kave XTD 5.1 is very light. During long gaming sessions I didn’t notice the headset nor did it encumber me. The padding is very soft and comfortable.

There are a couple of minor issues that I have with the controller. First, when using speakers with the Kave XTD 5.1 Digital, the volume control on the remote does not change the volume of the speakers. To adjust the volume of the speakers I had to use the Windows Volume control, the volume control within the Roccat software or use the volume on the speakers. A little cumbersome but not a deal breaker by any means. Second, the sound quality of the remote when played back through the speakers. The sound quality wasn’t quite what I was expecting. Initially I was expecting the same quality as what I heard from the headset. Distortion is present in the higher end of the volume ranges, especially in the bass frequencies, where as when I use the sound card that is built into the motherboard, I do not hear distortion. The overall sound coming out of the speakers gets mixed and isn’t really clear. The different frequencies seem to get muddled together however, that tends to happen with the motherboard’s sound card as well although not to the same level as the remotes. At normal listening volumes, again what I consider normal for me, the card did well. Distortion was kept to a minimum and it sounded good. Due to the differences in speaker placement vs speakers in the headset, surround sound was still good.

Other than for gaming, the most used feature, for me at least, was the built in bluetooth. I am on my cell phone a lot. Phone calls sounded clear and clean and the callers reported back that they could hear me and audio quality was on par with what one could expect from cellular service.

If you are looking for an excellent headset that sounds great, feels good and is a true 5.1 surround sound headset then the Roccat Kave XTD 5.1 digital headset should be at the top of the list. The list price at $170.00 may seem a little steep but add in the bluetooth and the ability to add speakers and you have a complete communications package. Overall the headset is excellent despite the few shortcomings with the remote when using speakers. 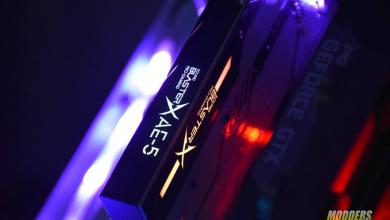