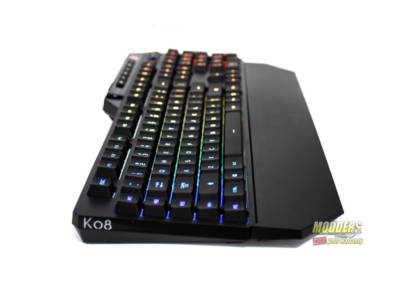 I really enjoy typing on the Vanguard. I’m used to typing on Cherry MX brown switches. However, I used to type in the Logitech G910, which also had Omron switches in the Romer-G switches. I moved away from the G910 because those switches were missing something. That being the distinct tactile bump that other switches offer. The PRES switches on the Vanguard offer the speed of the Romer-G, and the tactile bump of the Cherry MX switches such as Blues or Browns. If I had to compare the PRES Switches to any other, I’d say it would be the Cherry MX Browns or possible their Speeds Switches.  They have a similar feel to browns, but with a faster actuation, like the Speed Switches. 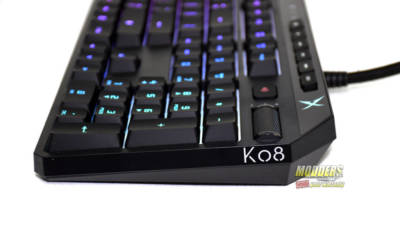 I spend a lot of time in Photoshop. So, the five dedicated Macro keys are a great feature for me. Having dedicated keys for things like exporting an image can save you hundreds of keystrokes when editing 200 plus pictures. There are dozens of uses for Macro keys, whether you’re a gamer, content creator or just a casual user. Again, just an excellent feature.