All benchmarks will be running in 1080p resolution where possible. Gaming benchmarks are being done with Highest In-Game Preset. 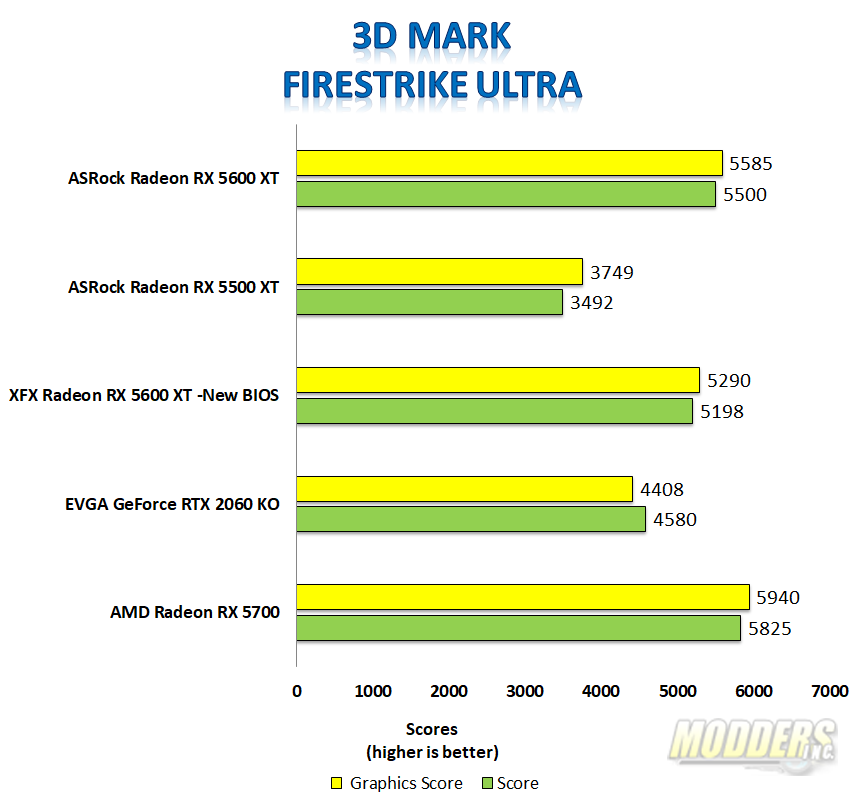 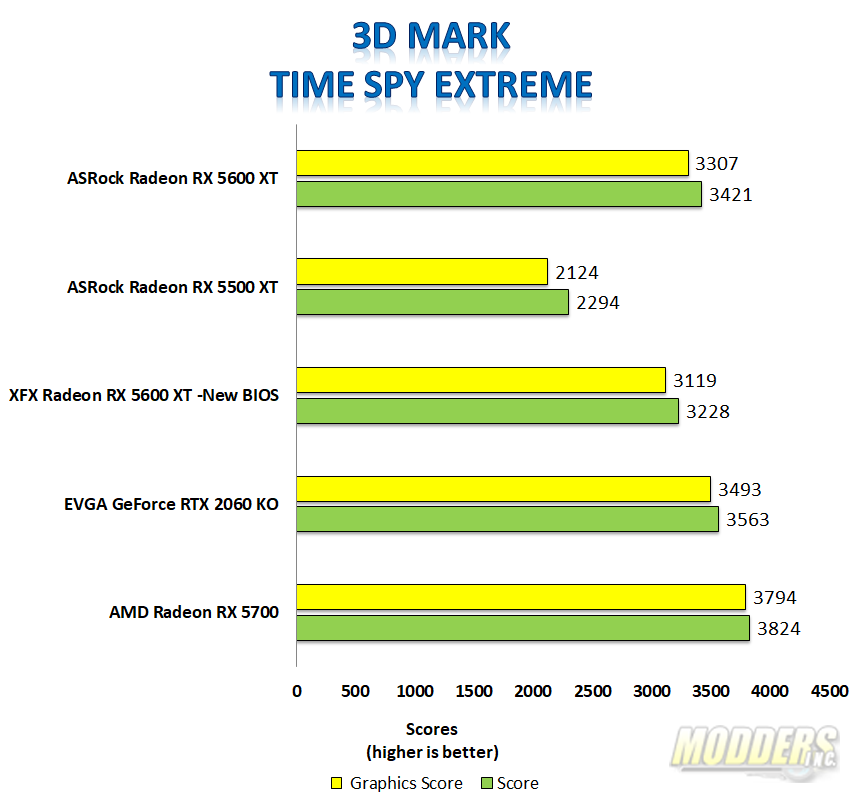 In both Firestrike Ultra and Time Spy Extreme ASRock RX 5600 XT Phantom Gaming D3 has performed significantly better than RX 5500 XT cards from ASRock and Gigabyte. The field is pretty close in terms of performance between the RX 5600 XT cards and the RTX 2060 from EVGA.

The Super Position scores show the performance race is extremely close between the two 5600 cards yet, the RTX 2060 edges them both out.

The Orange Room test from VR Mark represents VR performance with the original HTC Vive or Oculus Rift. The ASRock Radeon 5600 XT has a good showing in this test. 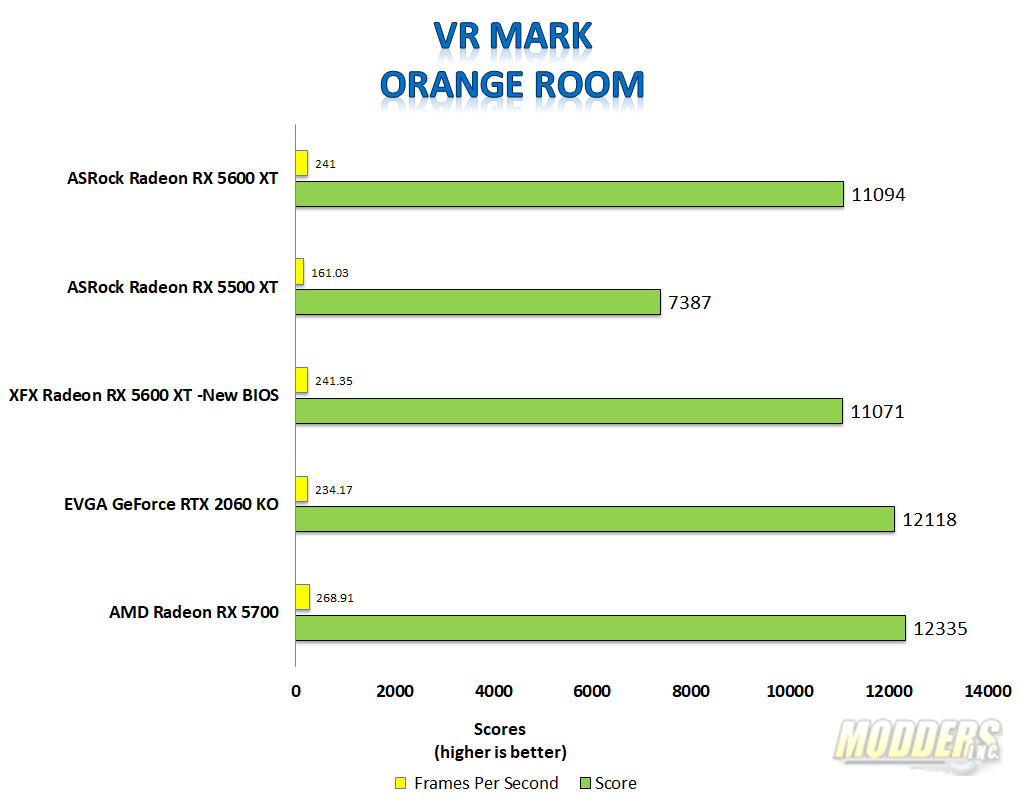 The Cyan Room Benchmark represents high-end VR hardware such as the Rift S. RX 5600 XT is performing extremely well and can match the performance of the RTX 2060. 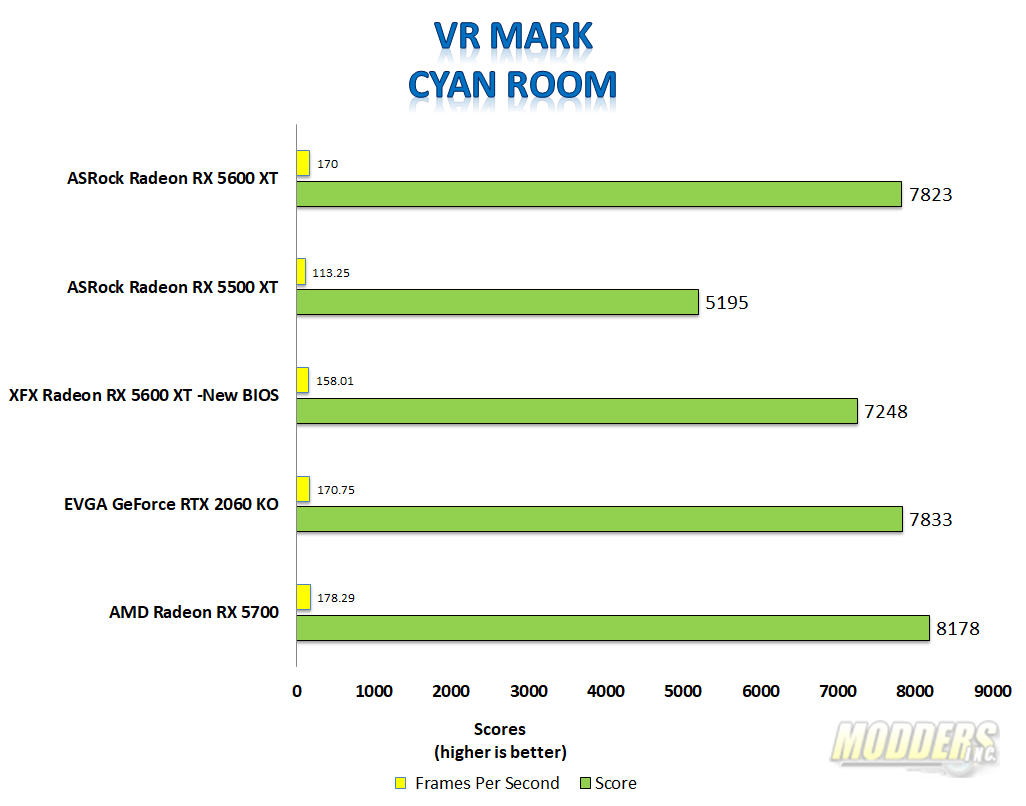 Finally, there is the Blue Room benchmark. This is designed to test GPUs at future VR Hardware and brings a lot of cards to their knees. In this test, the RTX 2060 can take a slight lead over the rest of the field. Interestingly, the 5600 and 5700 cards are very close in performance. 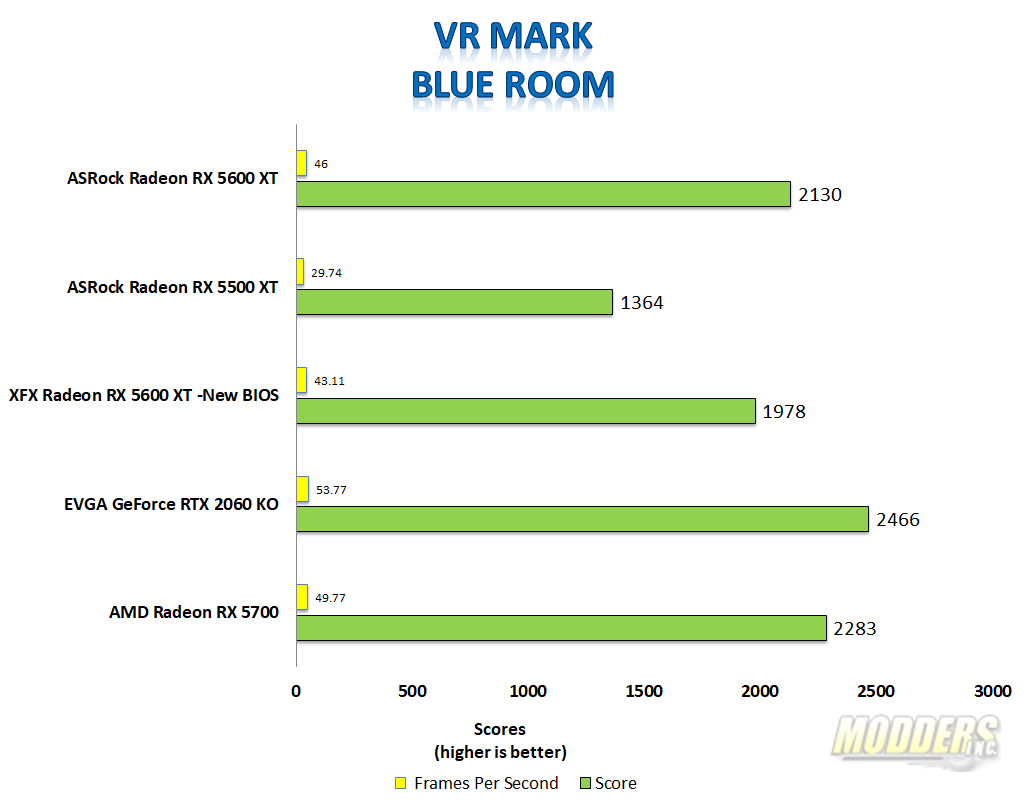