When I was allowed to review ASRock RX 5600 XT Phantom Gaming D3 I got excited because I favor 1080p gaming with a high-frequency monitor. My benchmarking of this card showed a high and stable frame rate on most of the demanding games such as Far Cry New Dawn and Shadow of the Tomb Raider. The max frames per second here were above 60fps and made the game look stunning. Other gaming benchmarks performed well above 40 FPS. Do keep in mind that all graphic quality settings were maxed out in every game. I have done personal gaming with ASRock RX 5600 XT Phantom Gaming D3 as well. Most of my game time was spent playing Shadow of the Tomb Raider and Metro Exodus. Shadow of the Tomb Raider is an extremely fun game to play not only because of the mechanics but also because of the eye candy. This game is full of it. I did not have any issues with the quality of the image in this game. Metro Exodus is a highly demanding game and ASRock RX 5600 XT Phantom Gaming D3 did well but the gameplay wasn’t as pleasable as Shadow of the Tomb Raider. At times I have noticed frame rate drop and image distortion. Lowering graphics quality settings helped with the stability of the game and overall performance.

Overlocking this card was fairly easy with the ASRock Tweak app which could be downloaded from ASRock’s website. To get the best values from my benchmarks with the firmware of RX 5600 XT was upgraded to L12 which allowed me to have Boost Clock speed and RAM speed. I was able to push Boost Clock to 1742MHz from 1660 MHz speed however I was successful at pushing Memory speed to 1820MHz from 1752 MHz. Temperatures of the GPU reached a maximum of 67C and the fan RPM at full speed spins at 3700 RPM. 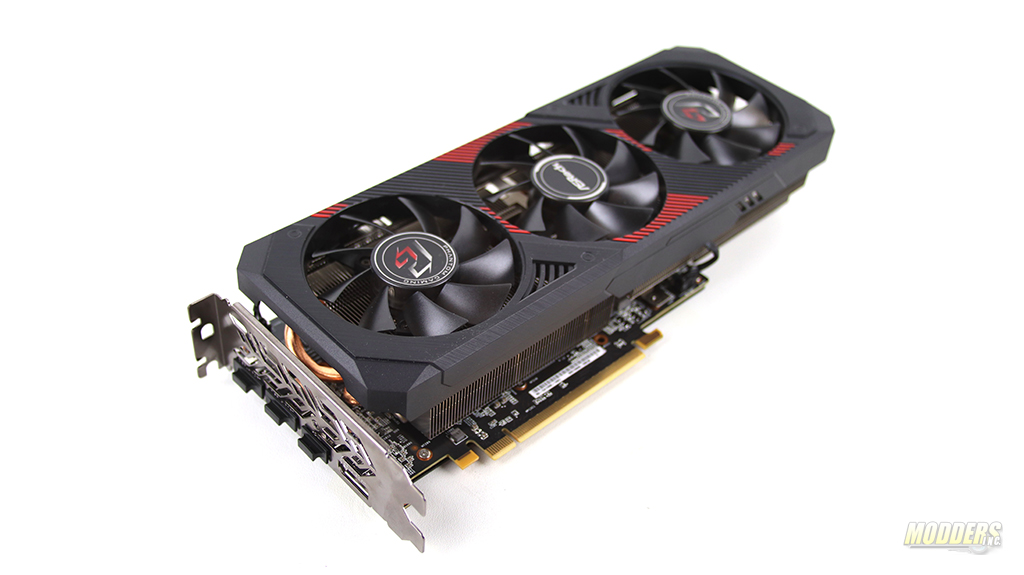 See more about ASRock Products we have reviewed