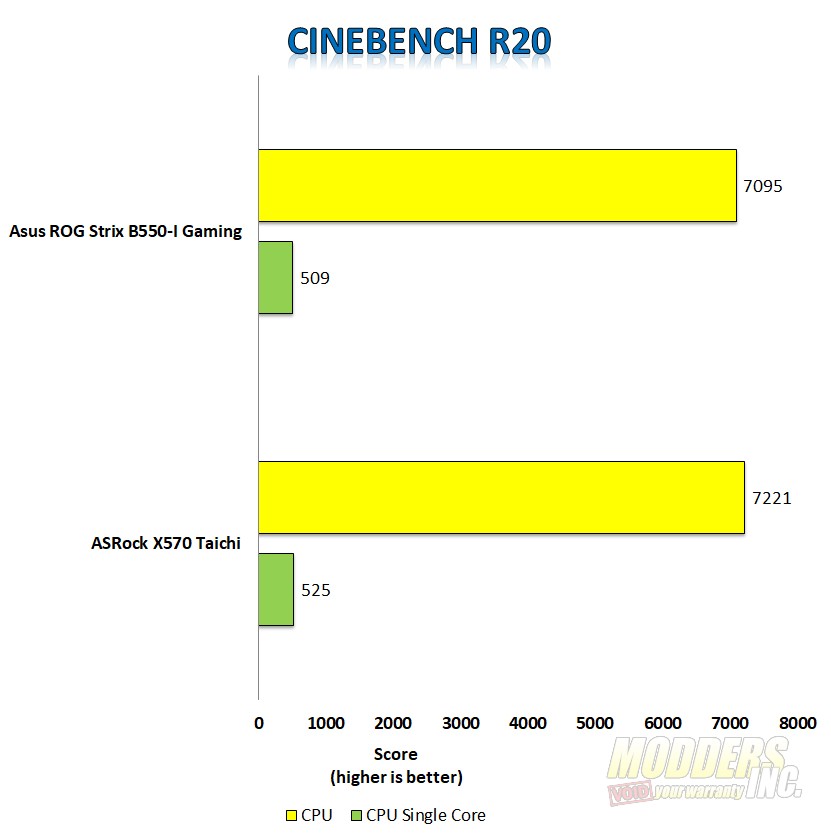 In Cinebench R20, we see the X570 has a slight lead in performance over the B550 system, although not by much. 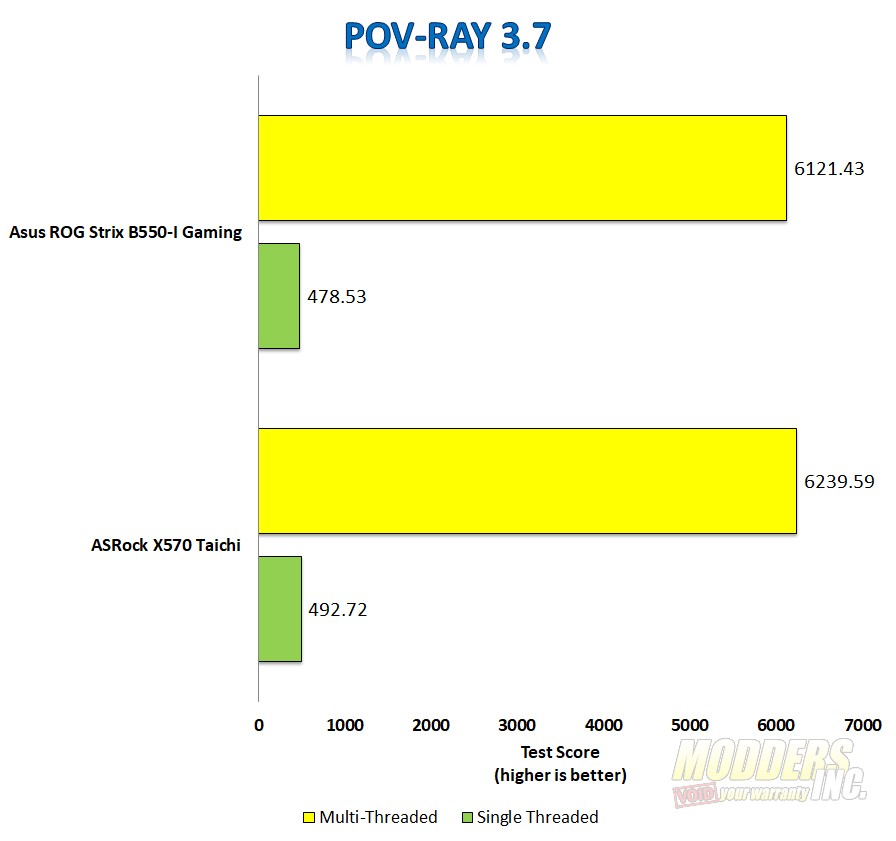 Again, we see a minor performance gap between the two systems.