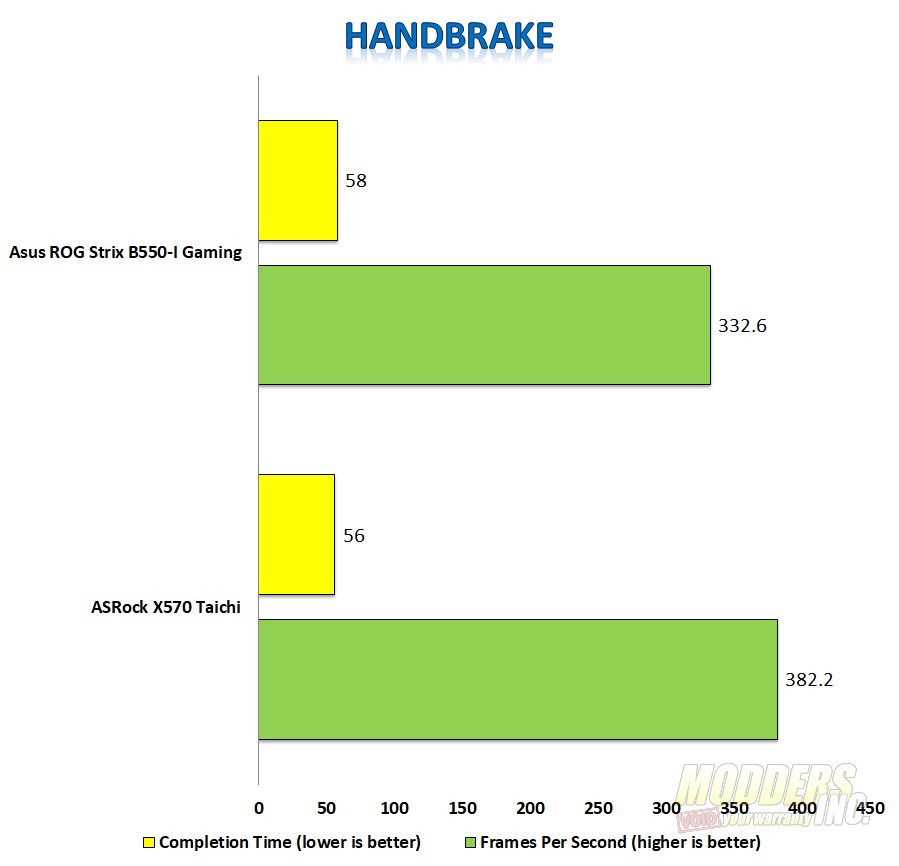 The completion time for the Strix B550-I motherboard is a mere two seconds slower than the X570 Taichi and there’s a pretty decent gap in the FPS. 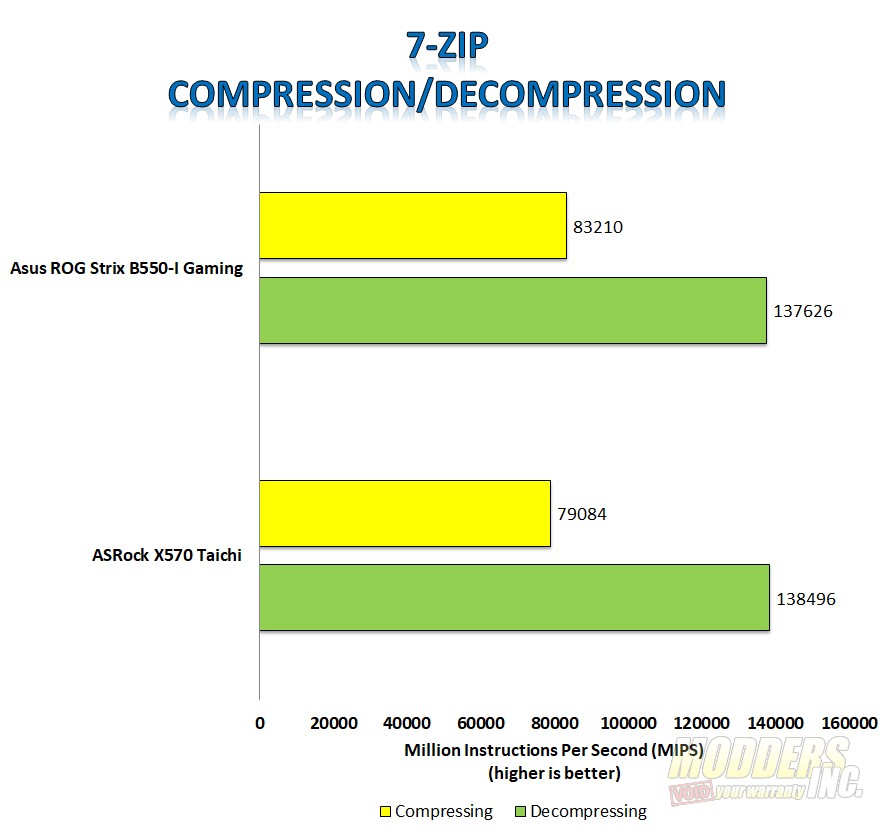 7 Zip brings the performance of both systems back in line with each other. In fact, while a very narrow margin, the Strix B550 takes the lead in the compression benchmark. 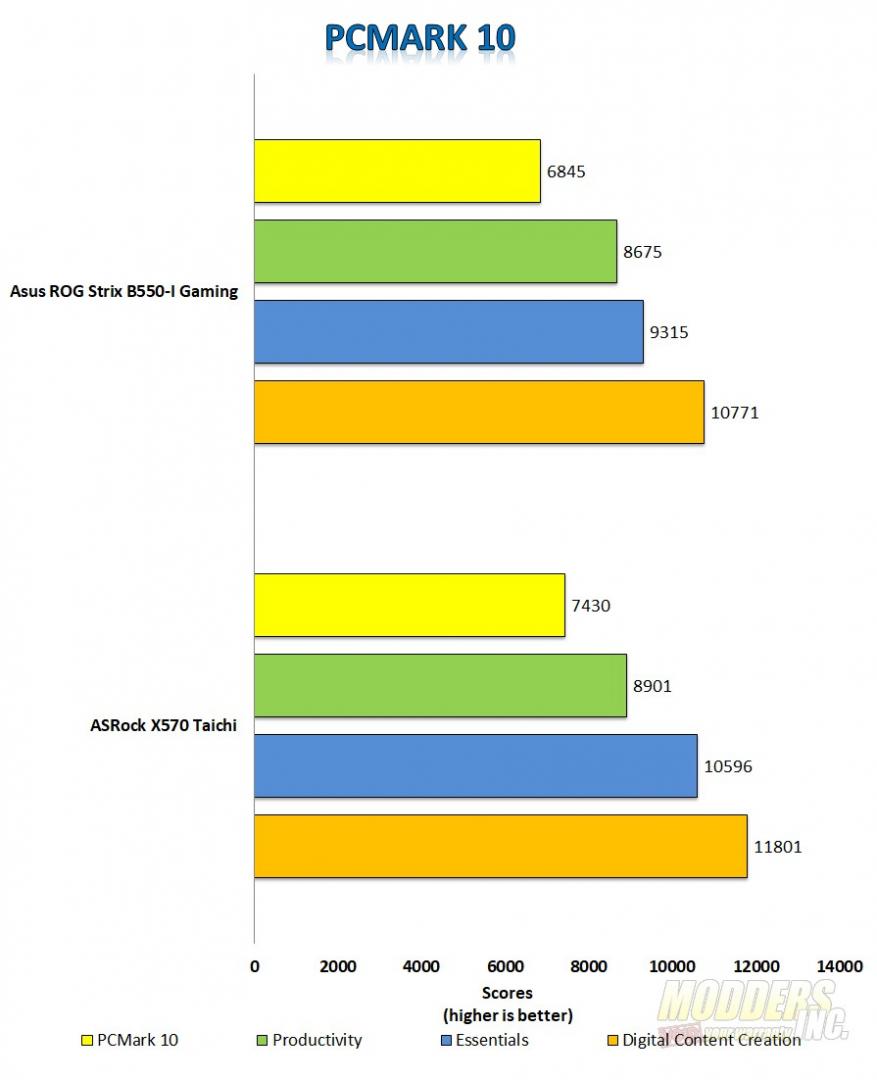 In PCMark we still see a little performance difference between the two systems, however, it is a minor difference