It has been a long time since I have had the opportunity to play with any hardware from Asus. From the onset of opening the box to installing the OS and testing, this has probably been one of the best experiences that I’ve had. I was really impressed with Armoury Crate and asking to install the drivers for the networking cards right out of the gate. I can’t tell you how many times I’ve built a system only to see no network connections available. The BIOS was extremely easy to navigate and even the EZ mode gives a ton of information.  Asus has really done a bang-up job with this motherboard and is deserving of the ROG namesake. 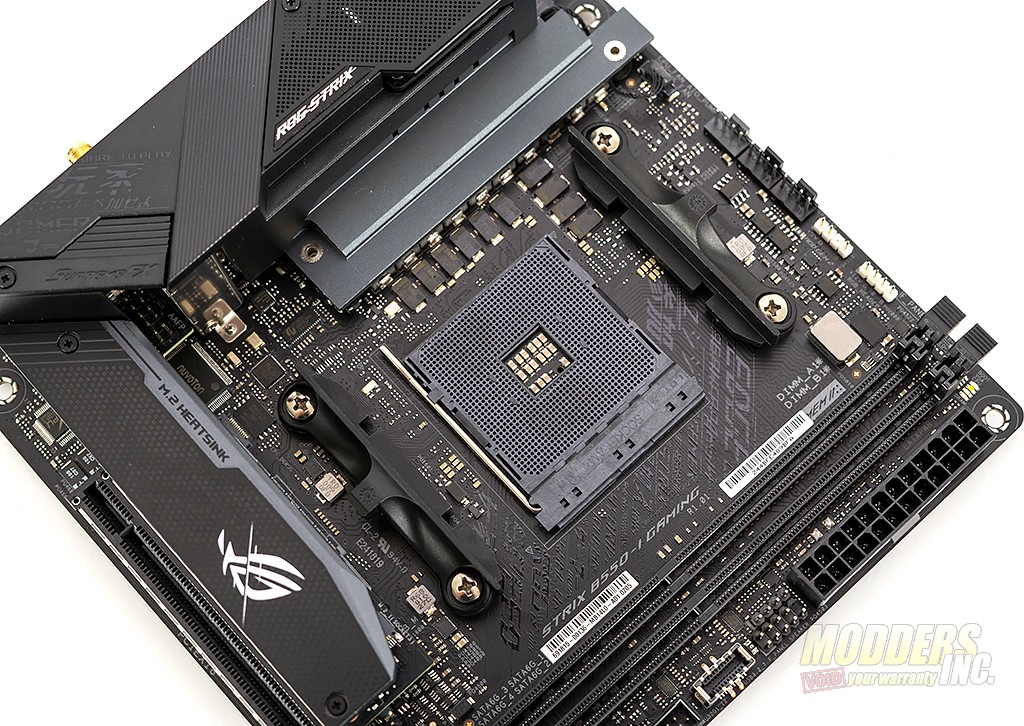 From a performance aspect, I’d like to chalk up the differences in performance to the memory I chose to use and it shouldn’t reflect badly on the motherboard. However, even with some of the testing showing a little lagging in performance, the gaming tests prove that the B550 can match the performance of the X570 motherboards. The B550 motherboards just lack the kitchen sink. The audio onboard is fantastic.  I chose to use my set of Sennheiser HD600s for subjective testing and to say the least, I’m impressed. Most onboard audio sounds a bit flat and muddled together. It really isn’t too bad but it isn’t great either. The ROG Strix B550-I steps it up. With the default settings, the audio sounded rich and full. Tweaking and tuning to my liking made it sound even better.

When Asus puts ROG on a product, you can pretty much plan that it will be a good product. If you’re looking to build a kick-ass small form factor gaming rig, the ROG Strix B550-I may just fit the bill. There are a few compromises that you’ll give up such as multiple GPU slots and four ram slots, but Asus has done what they can to make those compromises seem small. Currently, the ASUS ROG Strix B550-I Gaming is selling for $229 which is a bit more expensive than some of the competitors. However, if you’re into the ROG bloodline, it may just be worth the extra cash.

See more about ASUS Products we have reviewed