OK, so we are back to comparing the B550 and X570 performance. This time in 3D Mark’s Firestrike Ultra and TimeSpy Extreme. Again, there’s a bit of lag in performance in the two tests between the two systems. 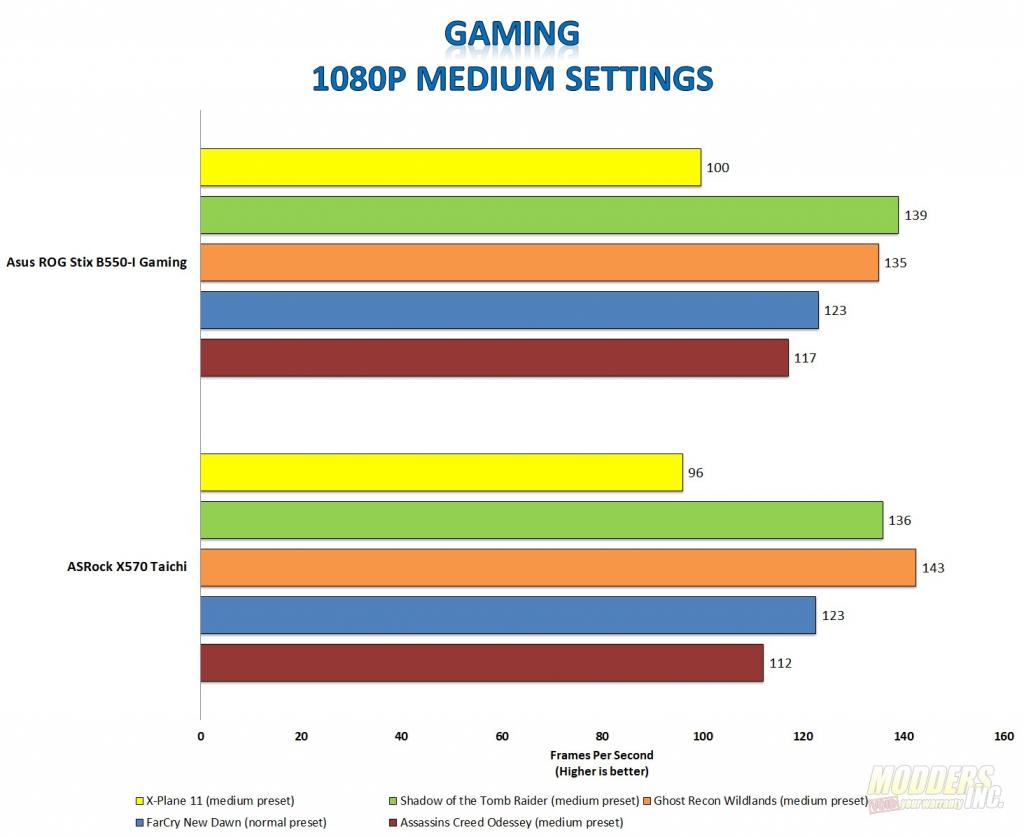 Synthetic testing is all well and good and gives a consistent set of results to compare against but so does real gaming benchmarks.  Here’s where there is virtually no difference between the two systems. Again, the only thing that was changed between the two was the motherboard. The B550-I gaming keeps up with the larger more mature X570 motherboard.