Generally, all hardware is tested on my standard test bench that includes a Primochill Praxis wet bench. However, 99% of AIO coolers don’t fit on the Praxis as its really made for a custom loop. So, for this review, testing was done on an open-air test bench. However, it was then installed in an NZXT H340 Elite. 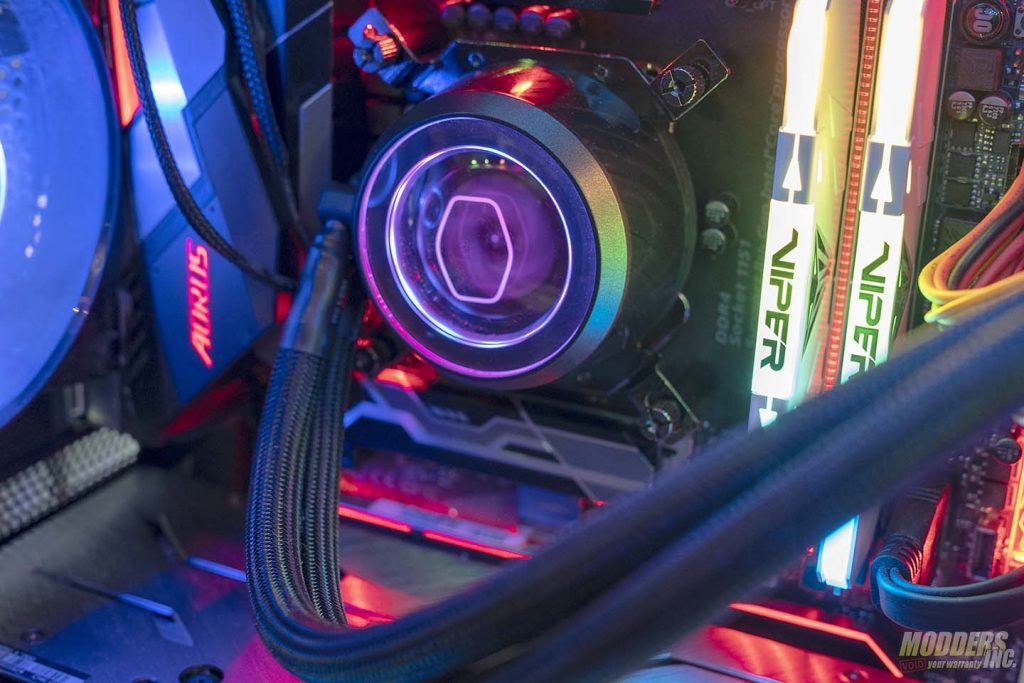 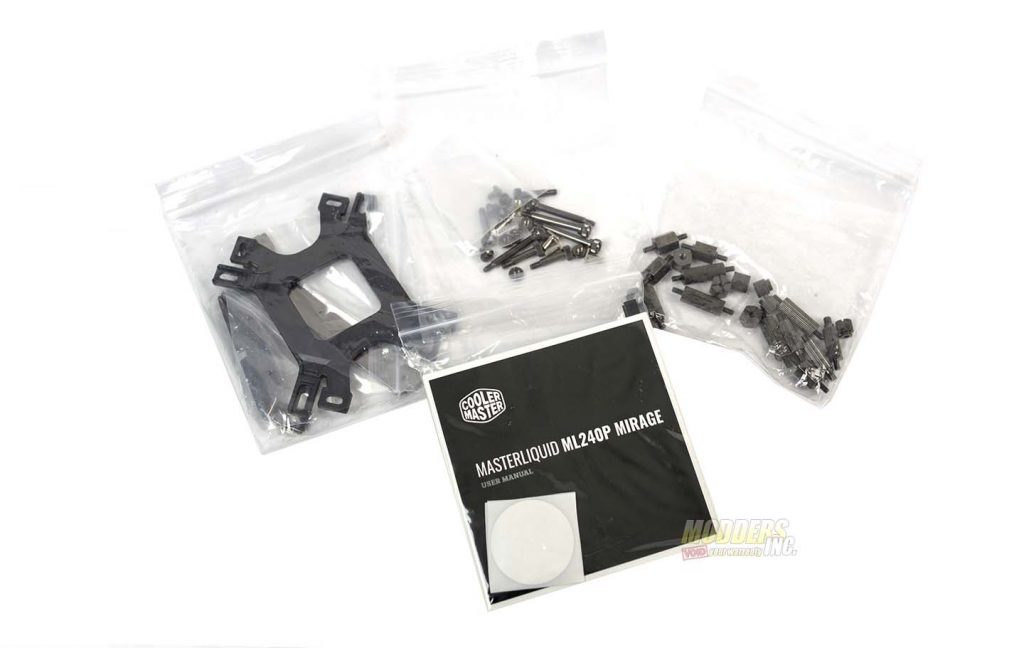 The MasterLiquid ML240P Mirage comes with a universal backplate. One side is Intel and the other is AMD. There are two sets of mounting brackets. One for Intel sockets and the other for AMD sockets. There are different sets of mounting hardware for several different sockets. There are also mounting screws for both the fans and the and the radiator. However, our sample only had enough screws for one fan to be mounted to the radiator. Last, there is an installation guide, warranty information and my personal favorite, two stickers.

Once the radiator was installed, we attached the back plate to the motherboard using the proper hardware. Then, using the included MasterGel Pro thermal paste, installed the pump on the I7 8700k used in this review.

The last step in the installation process was to install the ARGB controller with its rat’s nest of cables. That being said, it wasn’t hard to install, once the cables were separated. But there was still a fair amount of cables. This did make cable management a bit more difficult than necessary. However, the end result was worth it. Aesthetically, it looks great. One thing that really did help in the cable management process was the caps that snapped over the RGB connectors. They not only looked good, but the prevent the RGB connectors from coming apart when you inevitably give up on cable management altogether, cram every single cable behind the motherboard tray and all but duck tape the back panel one. The ML240P Mirage also comes with a fan splitter for the two fans. This is especially useful for someone with a board that has less than enough fan headers on it.

« A Closer Look at the ML240P Mirage | Test System, Testing Procedures and Results »