I’d like to mention again that all testing was done on the Primochill Praxis Wetbench. However, the cooler was then installed in the NZXT H340 Elite. All of our testing is always done on an open-air test bench. Like with most AIO coolers, the tubing wasn’t long enough to be properly installed on the test bench. So to depict a proper installation, the cooler was then installed in an actual case. For AIO review, we record temperatures at idle and load. We also tested the cooler with the fans on silent mode and at 100%. The fans speed was set using Gigabytes Smart Fan 5. The ML240P Mirage was also tested with the I7 8700k at both is stock speed, as well as overclocked to 4.7 GHz. On stock, the processor consistently boosted to 4.3 GHz, up from its base clock of 3.7 GHz. To validate our overclock, as well as put a load on the CPU, we use the AIDA64 Engineer Stability test. We run both the CPU and FPU test and record the CPU package temperature. Even when overclocking, the CPU was left at its stock voltage and ran about 1.25 volts. The Ambient temperature during testing was about 22°C, or about 72°f. In order for the test to be considered a success, the stability test must run for no less than 15 minutes. 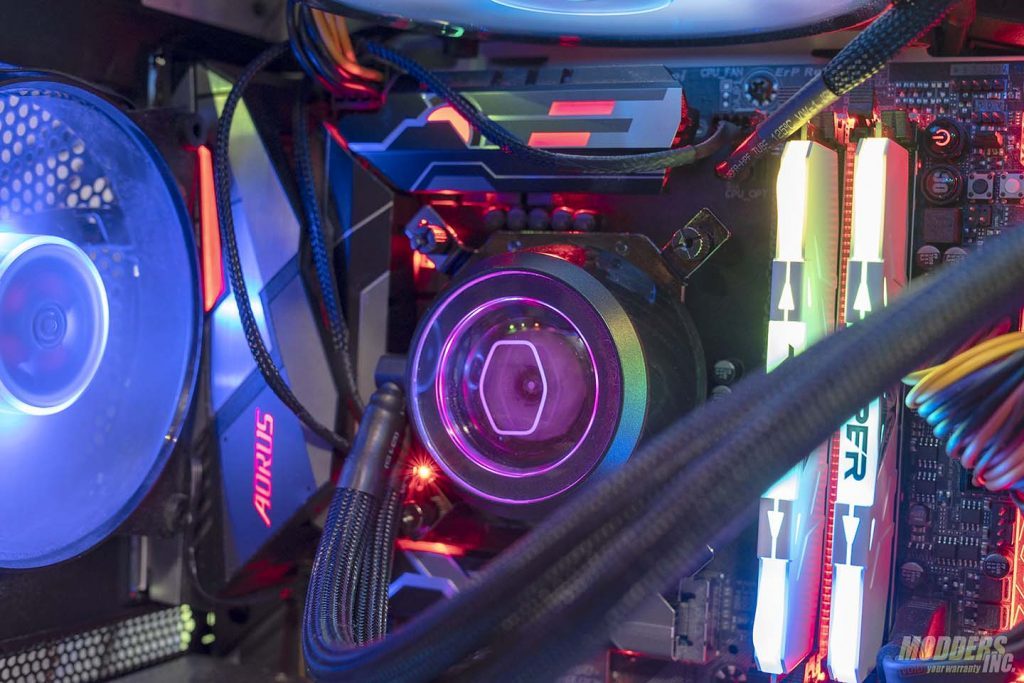 The first temperature recorded is the idle temps, at stock speed with the fans on silent mode. Then, we ran the AIDA64 CPU Stress test for about 30 minutes and reached a max temp of just 58.82°c. This gave us a delta of only 8.64°c at idle and a load delta of 36.82°c. 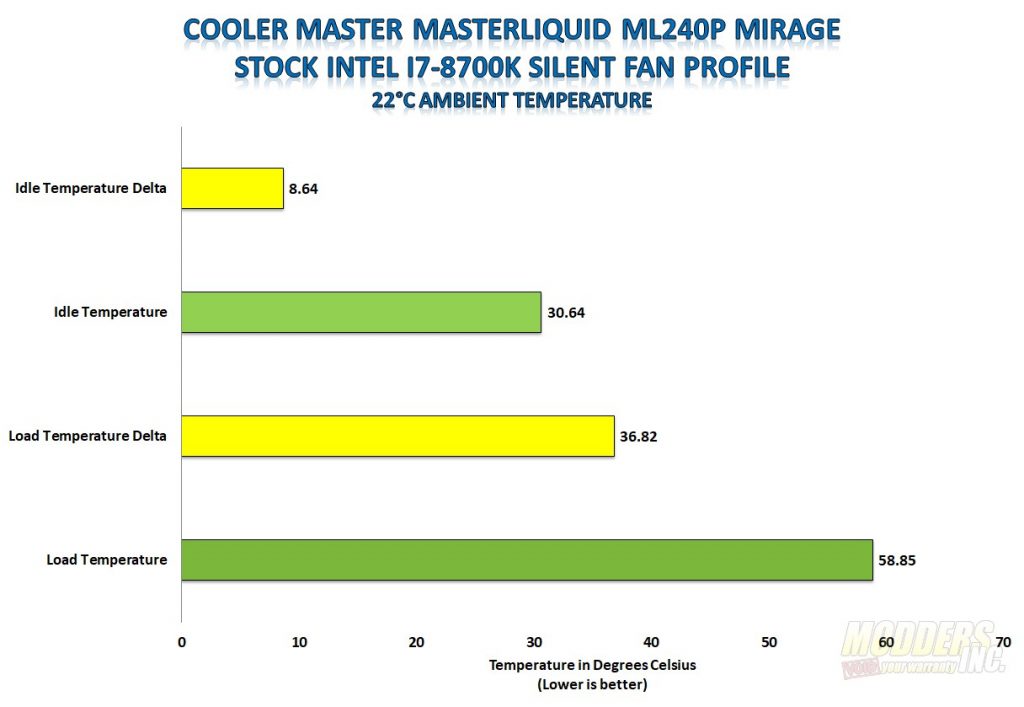 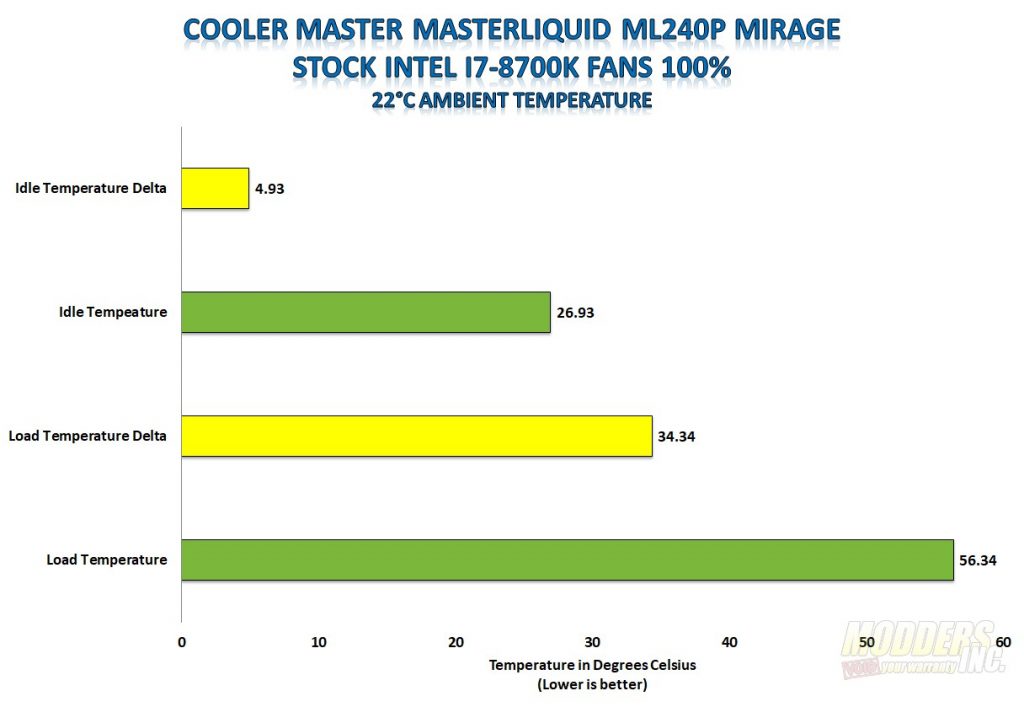 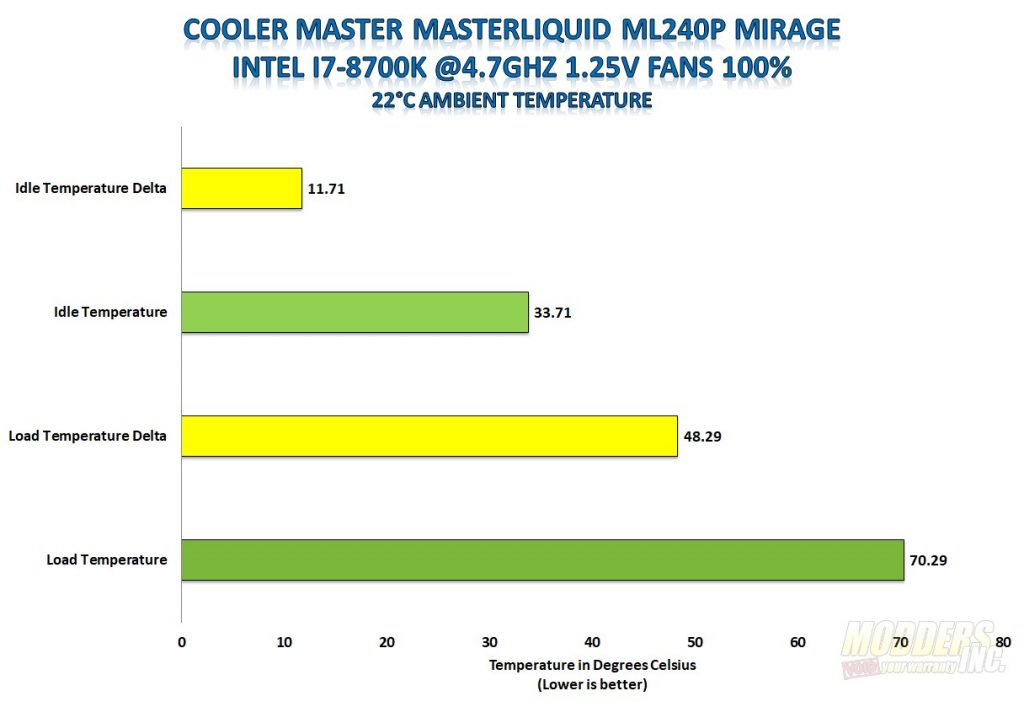 The Final test was the FPU stress test on the AIDA64 Stability test. The FPU test puts a heavy load on your processor. This puts a massive strain on your system and results in high temps. Very often, your overclock will pass the CPU stability test with flying colors and crash and burn on the FPU test. Originally, our I7 8700k did hit 4.8 GHz at 1.31 volts. It passed the CPU test with a max temp of 72°c. Then, on the FPU test hit about 93°c before the system crashed. 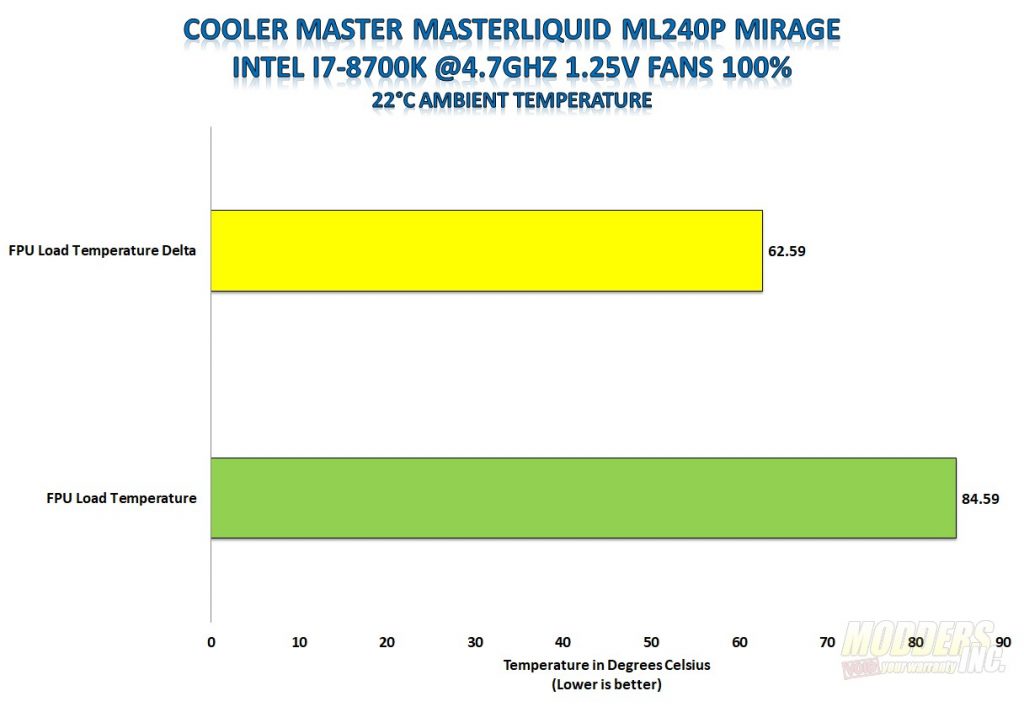