Windows was set to High Performance in power management settings. Motherboard settings for the non-overclocked tests were reset to factory defaults and only the XMP for the G.Skill RAM was enabled. Everything else in the BIOS was left at the factory defaults for the stock tests.

All the test benches are fitted with a custom loop featuring an EKWB Coolstream PE 360 mm radiator, EKWB Vardar fans x3, EKWB Velocity waterblock for both Intel and AMD, as well as an EKWB XRES 140 REVO D5 filled with distilled water. The motherboard settings were left to their stock configurations. 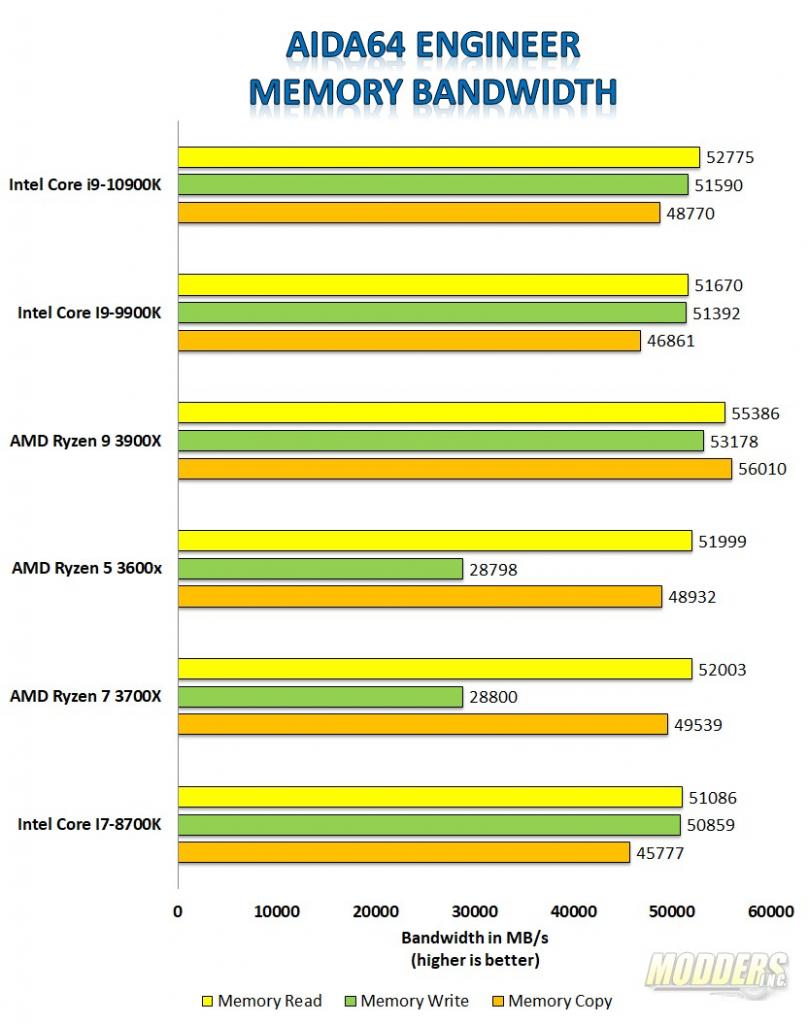 Memory bandwidth landed right where I expected. A slight increase over the 9900k due to speed and core count. While officially the i9-10900k supports up to DDR4 2933, Intel’s XMP profiles push memory speeds even further.