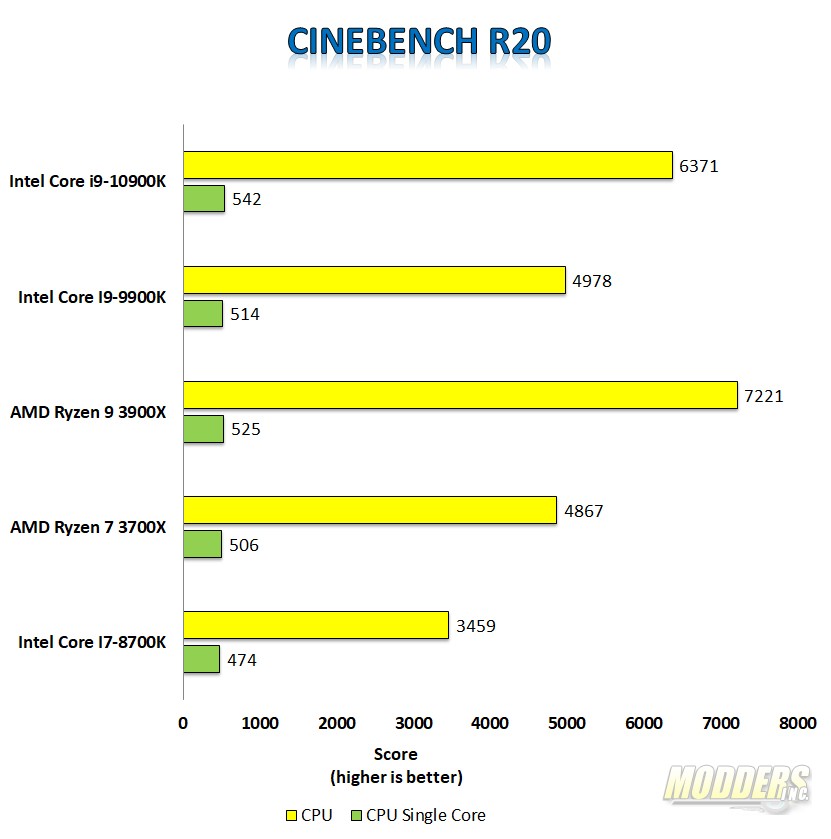 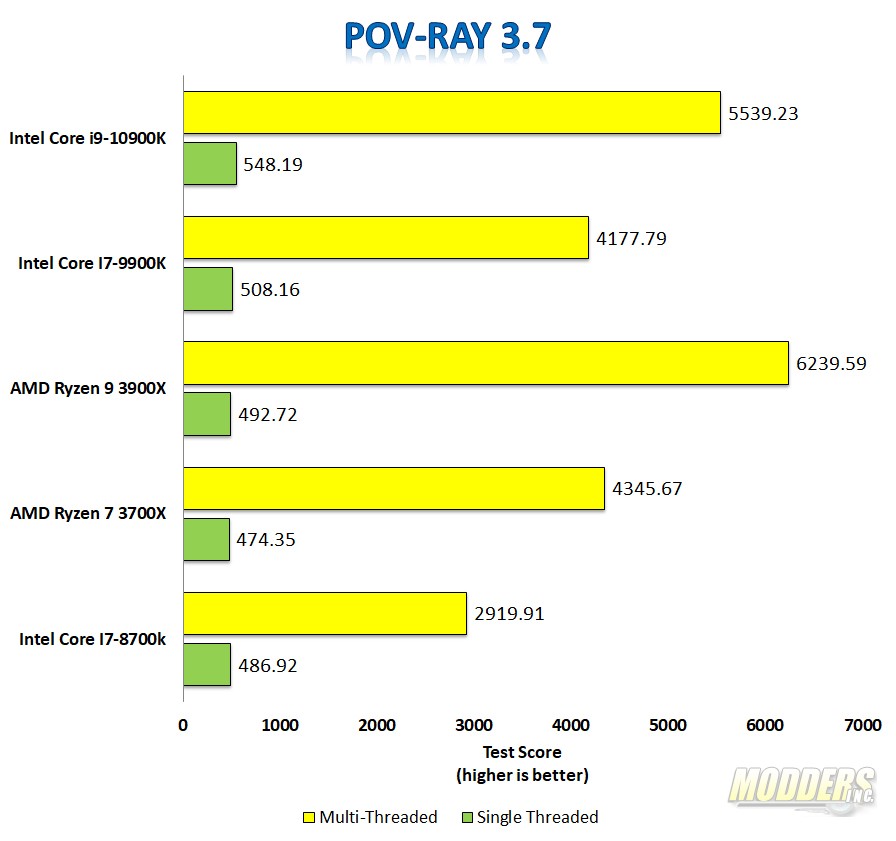 Much like Cinebench R20, POV-Ray 3.7 shows a similar performance gap between the 10th and 9th gen Intel CPUs. The AMD Ryzen 9 3900x still edges out the Core i9-10900k in the multi-core tests due to a higher core count (AMD – 12 cores/Intel – 10 cores) but the single-core test once again shows the strength of Intel’s single-core performance and further extends the 9900k’s lead over the AMD Ryzen 9 3900x.