Before we head into this, let’s look back at the Core i9 9900k launch. Reviewers complained that it ran hot, was expensive, and didn’t come with a CPU cooler but they were thrilled at the CPU performance. That part of the story is much the same here. Keep in mind that CPU architecture takes a long time to develop. Intel is still basing its new CPUs off of a core design that was laid out back in 2015. Does that make it bad? Not necessarily. If they can keep revising the CPUs to eek every bit of performance out of them, why not? However, it wouldn’t be smart for Intel to sit on their hind end and continue to milk the same architecture. At some point, Intel is going to have to come out with a new CPU architecture to remain competitive. AMD isn’t resting and is pushing Ryzen further and further along. and I am waiting with bated breath for Intel’s new CPU designs.

With that, let’s dive in, shall we. The Intel Core i9-10900k is their latest top-end desktop CPU. The i9-10900 is a 10-core CPU using the 14nm process. The CPU in its stock form boasts an all-core clock speed of 4.9 GHz with single-core clocks reaching 5.3 GHz when conditions permit. Intel’s TVB is a nice feature and does work when the conditions are right.  A new motherboard is needed as the 10th gen CPUs use a Socket 1200. 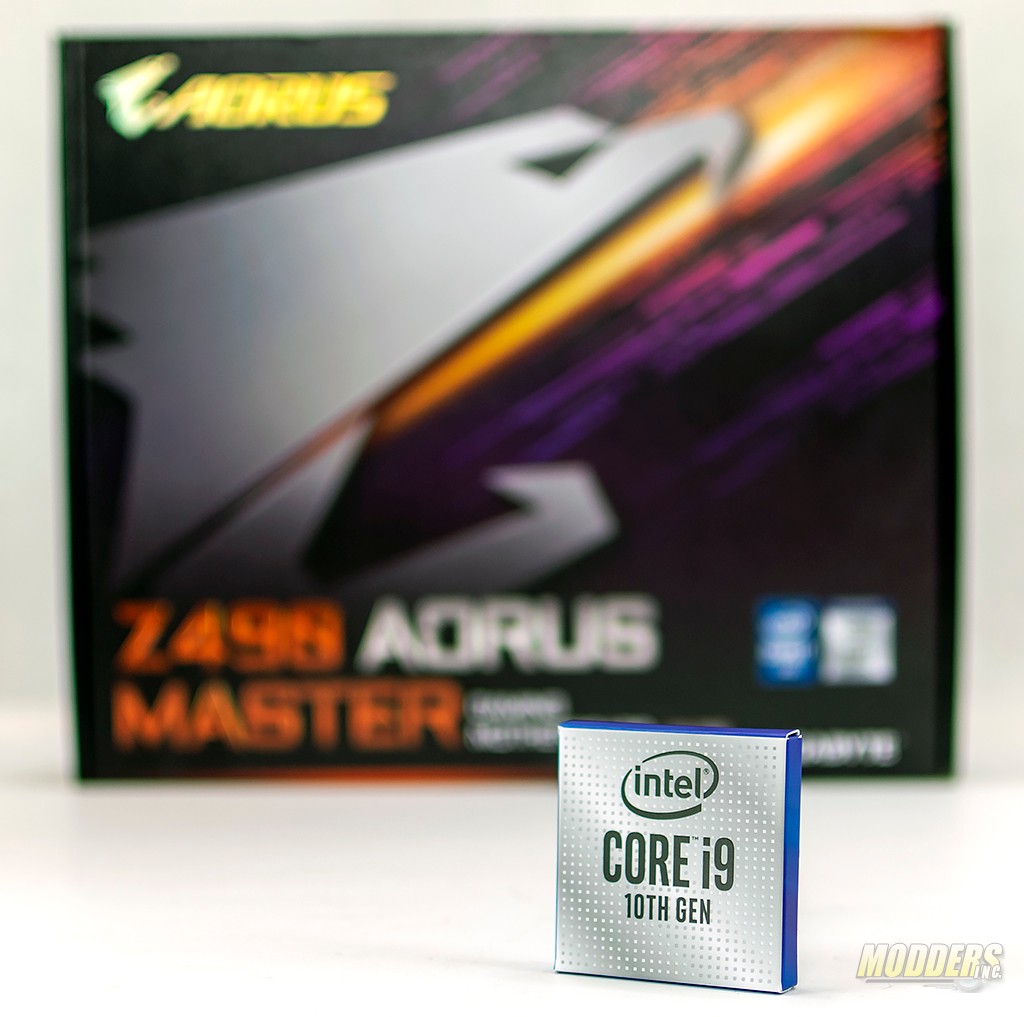 Performance from the i9-10900k is right where you’d expect when it comes to office type and multi-threaded applications. The new CPU pulls ahead on every benchmark as far as the i9-9900k is concerned and lags slightly behind the AMD Ryzen 9 3900x in multi-threaded applications as the Ryzen 9 3900X has two more cores and four more threads. This didn’t really come as a surprise as the Ryzen 9 3900x was able to give the 9900k a run for the money when it launched.

When it comes to gaming, Intel retains the crown. Games tend to like fast cores and Intel’s cores are simply faster than AMD’s. Currently, Intel is enjoying a frequency lead over AMD’s CPUs and the benchmarks show it. If you want the absolute best gaming performance from a CPU, Intel is where it’s at.

In the stock settings, temperatures were quite manageable. Keep in mind, this CPU does NOT come with a stock cooler and my test benches all use custom loops with 360mm radiators. With all 10 cores working at 4.9 GHz core temperatures stayed within the 65° to 71°C range.

Overclocking pushed the temperatures up even further. My initial all-core overclock of 5.3 GHz pushed the i9-10900 right to 100°C. It is a bit too hot for my liking. 5.2 GHz yielded lower temperatures but still, they resided in the 90° C range. I settled on a 5.1 GHz all-core overclock with a 2-active core boost of 5.5 GHz. Temperatures at this overclock with all 10 cores blazing away stays under the 80° C range.  I still need to dive into the voltage settings a bit more and see if I can push it further. Even then, I was still pleased with the overclocking results.

Overall, I’m really impressed with the revisions Intel has done with its architecture. I was pleased with the 8700k and the 9900k and I’m just as pleased with the 10900k. As far as competition, is it leaps and bounds above AMD’s Ryzen 9 3900x? No. It isn’t. In most cases, the 10900 can come close to the 3900x performance levels however, the 10900k has a two-core disadvantage when it comes to threaded applications. Gaming is where the Core i9-10900 surpasses both the 3900x and the 9900k. At the time of this review, Newegg has the Core i9-10900k listed at $529.99 whereas the Ryzen 9 3900x is listed at $419. However, I am not sure pricing has been finalized just yet but if that’s the launch price, how much is a bit of gaming performance worth to you? If this price holds true it is going to be really hard to justify the price difference between the two. I feel that Intel is reaching the end of the line with the revised Skylake architecture. There’s definitely a battle going on in the CPU market and both Intel and AMD are clawing their way through the trenches. If you’re looking for the highest performing gaming CPU, the Core i9-10900 has you covered. With all that, the i9-10900k is a good CPU and will serve you well.