A Closer Look at the Sound BlasterX G6 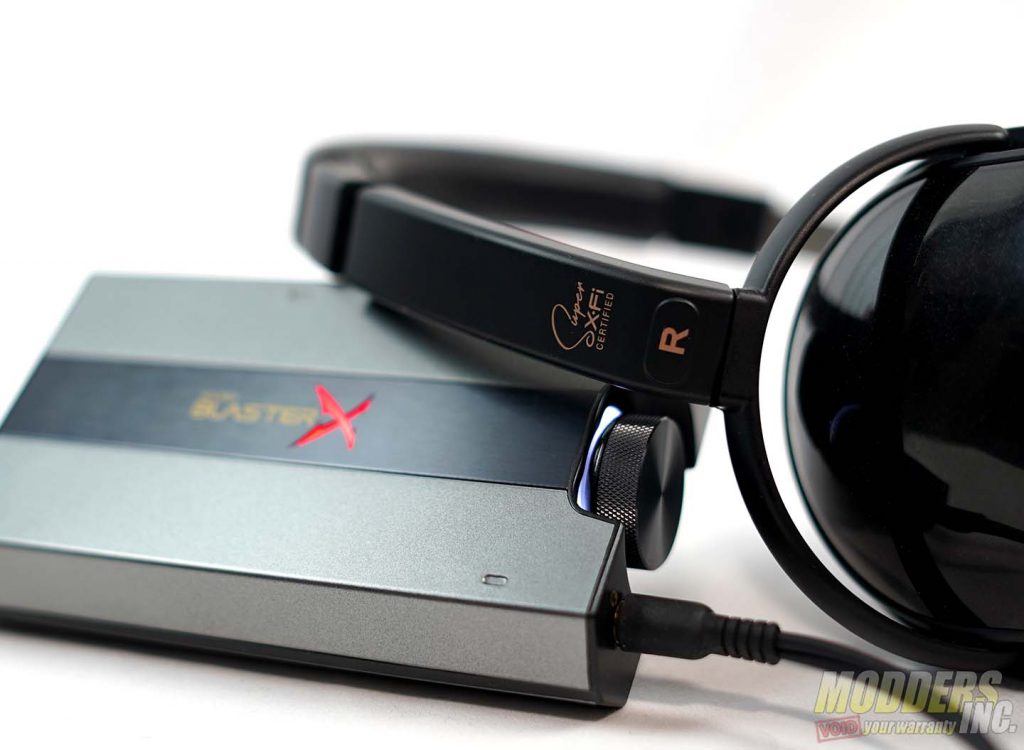 The Sound BlasterX G6 is an external sound card and the predecessor to the very popular and successful G5. The Sound Blaster G6 is very compact. In fact, it’s almost the same exact size as its older brother, the G5. The G6 measures 111 x70 x 24 mm and weights only 144 grams. The G6 uses the same SB-Axx1 as the G5. However, there are a few major differences. The signal to noise ratio has increased 10dB on the G6 up to 130 dB. The audio fidelity has also increased from 24-bit/192 Hz on the G5 to 32-bit/384 Hz on the G6.

In just about every review we do, if we can take something apart, we do. So like the G5, we did a complete tear down of the G6. This will let us see what components the use inside the external sound cards. To do this, you must peel back the four corners of the rubber pad on the bottom. Peeling off the entire rubber padding isn’t recommended, as it may not go back on. Side note, the bit needed is a triangle bit found in the I Fix It tool kit.

The Sound BlasterX G6 uses the SB-Axx1 audio processor from Creative. The SB-Axx1 is a highly advanced audio processor that greatly improves the audio experience of your computer, tablet, smartphone or whatever it’s hooked up to. Its the same audio processor used is the G5, as well as Creatives line up of Axx Bluetooth wireless speakers, such as the SBX 20 and SBX 10.

On the right side of the Sound Blaster G6 are two buttons and a switch. To the left, we have the Scout Mode button first. Scout mode lets you hear your enemies’ footsteps in game. It can also be paired with the Scout Radar app on both Android and IOS. The next button is the SBX button. This allows you to scroll between three preset profiles on the G6. To the far right, there is a gain control switch that goes between low and high gain. The low setting goes between 32Ω-150Ω and the high setting goes between 150Ω-600Ω. There is a very noticeable difference between high and low gain. Further down the right side are three lights, a mic and headphone icon and the Dolby Audio logo. These three lights represent the SBX profiles. These profiles can be changed in the Sound Blaster Connect software. The logo on the top of the Sound Blaster X G6 is RGB back lit and as mentioned earlier, can be customized in the Sound Blaster Connect software. Its a nice added touch from the red static light on the G5 and the RGB lighting is far from over done on the G6.

On the front, there is are two 3.5 mm ports. One for headphones and the other for a mic. There is a volume knob that also doubles as a mute button. The Lighting behind the knob is static and can not be changed in the software. The rear of the G6 has a micro USB port for power and data. There are also two 3.5 mm ports. One is the Line/Optical In, the other is the Line/Optical Out. You do no need to use these ports. The Sound Blaster G6 only required the Micro USB port to be used. 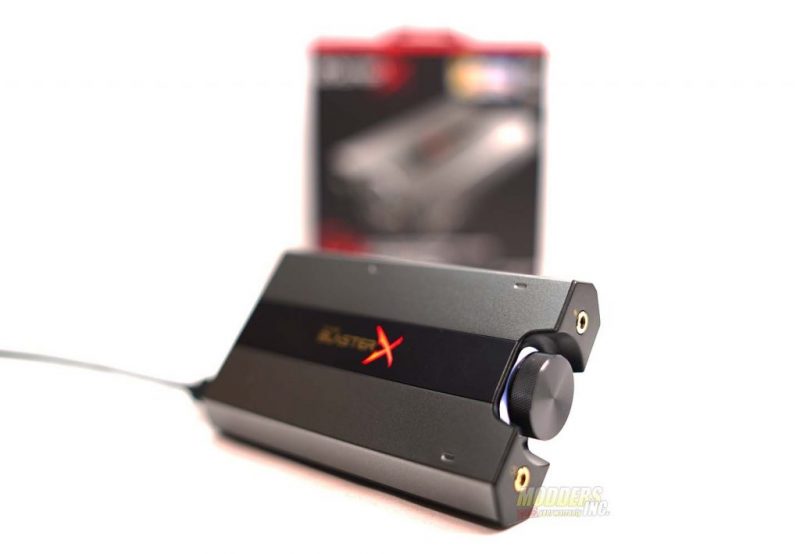