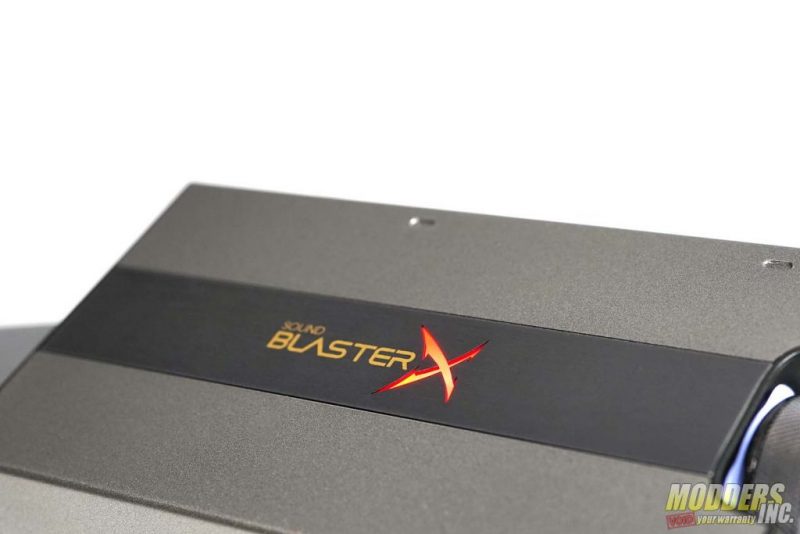 I couldn’t be happier with the overall performance of the Sound BlasterX G6. The sound it produces is clean, clear and crisp, with no distortion. I honestly did not expect it to be as good as it was. I just didn’t see too much room for improvement with in this price range. However, Creative Labs proved me wrong. They showed me again that there are plenty of benefits to a sound card over on-board audio. Especially when talking about an external card such as the G6.

First off, the portability is great. The Sound Blaster G6 is compact and fits in your pocket. The G6 is extremely versatile and can be used for much more than just your PC. Since it has the plug and play feature, the G6 can be used anywhere. You can plug it into the wall using a USB adapter and just use it for your phone or tablet. If you watch a lot of movies or TV on your phone as I do, the addition of Dolby Surround Sound is a great feature to utilize on the Sound Blaster G6. The simulated 5.1 and 7.1 surround sound works great and can give you a cinema-like listening experience on your cell phone. 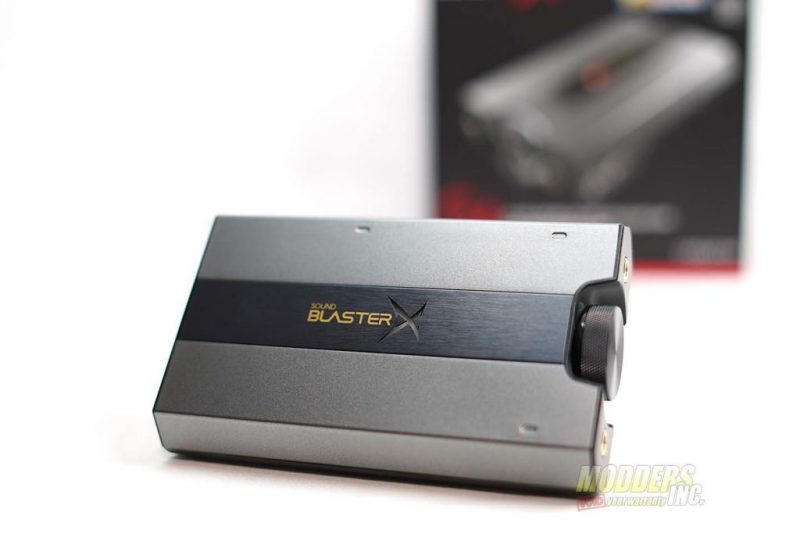 Music sounds amazing through the Sound BlasterX G6. The highs a crystal clear, crisp and clean. The lows are deep with no distortion. No matter what kind of music you prefer, the G6 is perfect to make you music sound even better. The G6 has replaced the G5 and found a semi-permanent home in my car as an in-line amp for my phone. Its hard for me to explain in words how much the Sound Blaster G6 has improved the sound quality in my car. Its really night and day and something you have to hear to understand.

But even with all that, the Sound Blaster G6 is really made with gaming in mind. The Scout Mode feature is proof enough of that fact. Scout mode is great, especially for online, competitive shooters such as Battlefield V or the newest fad, Apex Legends. With Scout Mode enables, you can hear your enemies footsteps from the direction they car coming from. This gives you a competitive advantage in many games. The companion app even allows you to see your enemies as a blip on a radar, right on your cell phone. This is a really cool feature and it works rather well. Even better than I had expected. Just download the app from the Google Play Store or the Apple App Store.

Overall, I was very impressed with the improvements the Sound BlasterX G6 made of the G5. The fact I can throw it in my pocket and bring it anywhere is a huge plus. I love the AE-5, but I love the fact the G6 can be swapped from my PC to my laptop to my car or even to my phone. So, the portability of the G6 is a huge plus for me. So even if you own the Sound Blaster AE-5 or another PCIe sound card, the Sound Blaster G6 is still a great product to pick up. Now, what if you already own the G5? Should you run out and buy the G6? Maybe not. The addition of the Dolby Surround sound and the slightly increased specs are not enough of a reason to dump the G5. The Sound Blaster G5 is still a great sound card. Unless you have to have that RGB lighting. However, if you’re in the market for a new sound card, external or internal, I highly recommend the Sound BlasterX G6 from Creative Labs. In fact, I couldn’t recommend it more. At the time of this review, you can get the Sound Blaster G6 on Amazon for $146.24, slightly cheaper than the $149.99 MSRP and a bit higher that the $99.99 the G5 will run you. I do the added features such as Dolby Surround Sound is well worth the extra money. That’s if you don’t already own the G5. I would have liked to see the USB pass-through included on the G6, but that’s just nit picking. The Sound BlasterX G6 is just an amazing sound card. There’s not much more I can say than that.