x264 is a free software library for encoding video streams into the H.264/MPEG-4 AVC format. x264 FHD measures how efficient a system is in encoding H.264 video and produces results in frames-per-second. H.265/HEVC video encoding is the future of video able to compress significantly larger resolution videos including 4K and make streaming a possibility. There was a larger difference between the two motherboards on the X.264 FHD benchmark than I had expected. The Z390 pro achieved 58.1 frames per second to the 45.5 frames per second on the Z390 Phantom Gaming SLI/ac. 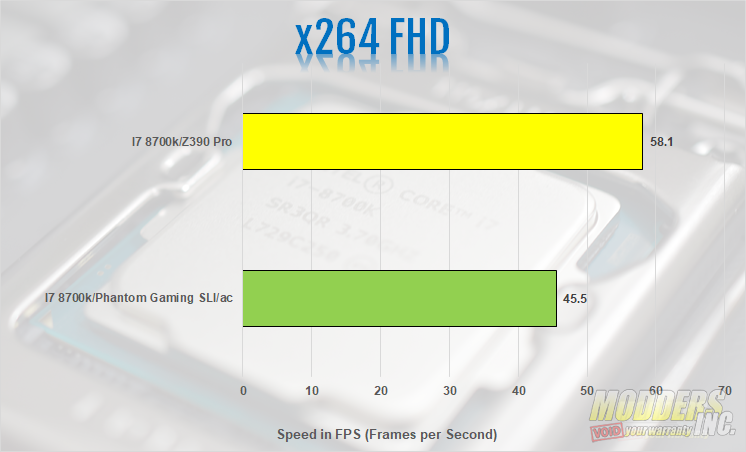 x265 is an open-source implementation of the H.265 standard and x.265 HD benchmark tests the CPU’s ability to process an HEVC video. This benchmark is run by the processor alone. In X265, the Z390 Phantom Gaming SLI/ac achieved a speed of 32.84 frames per second. This was a bit behind the 35.96 frames per second on the Z390 Pro. 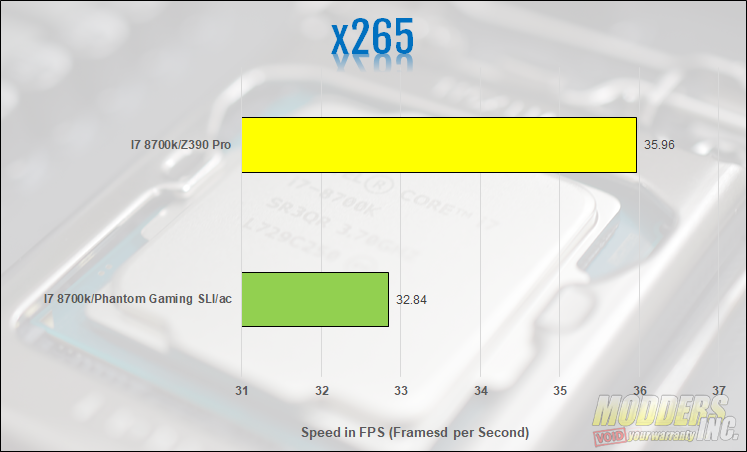 The 7-zip benchmark shows a rating in MIPS (million instructions per second). The rating value is calculated from the measured speed, and it is normalized with results of Intel Core 2 CPU with multi-threading option switched off. So, if you have modern CPU from Intel or AMD, rating values in single-thread mode must be close to real CPU frequency. There are two tests, compression with LZMA method and decompression with LZMA method. Once the total passes reach 100, the score is taken. 7-Zip gives the resulting score for decompressing, compressing and an overall score. In 7-Zip, the Z390 Phantom Gaming SLI/ac came out ahead of the Z390 Pro in all areas; decompressing, compressing and total rating. 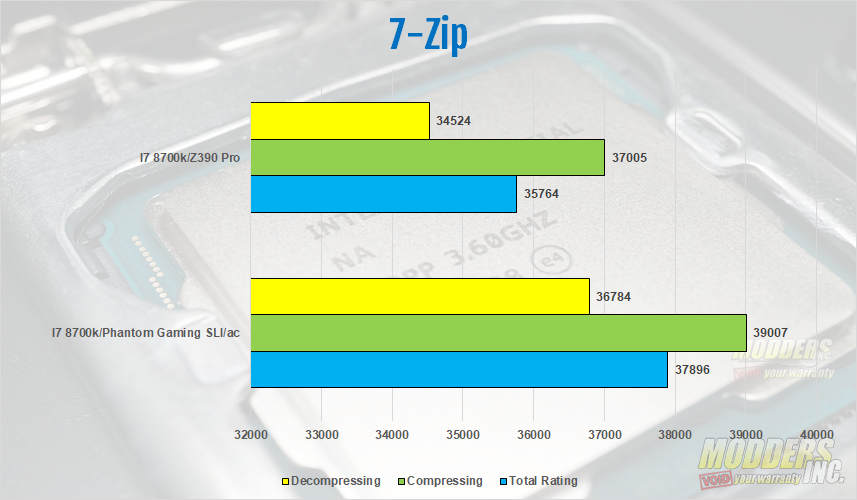 WinRAR is a file archiver utility for Windows, developed by Eugene Roshal of win.rar GmbH. It can create and view archives in RAR or ZIP file formats and unpack numerous archive file formats. The Z390 Pro beat out the Phantom Gaming SLI/ac by far more than I had expected. On the Z390 Pro, the 8700k had a resulting speed of 21373KB/s. Where on the Z390 Phantom Gaming SLI/ac, it achieved a resulting speed of 18875 KB/s. I had expected them to be closer. 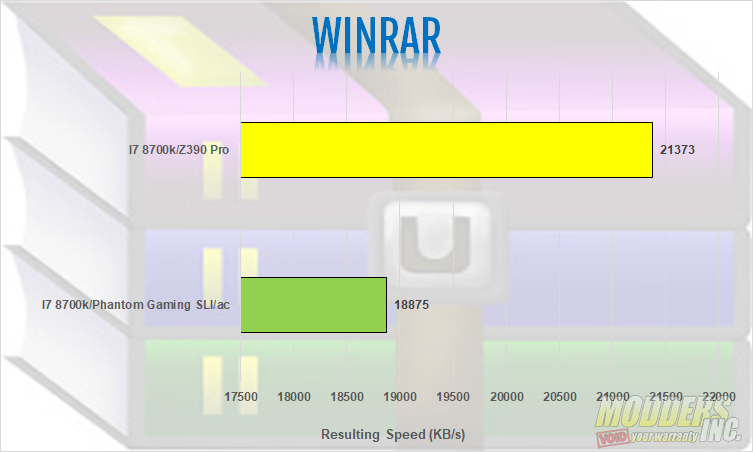 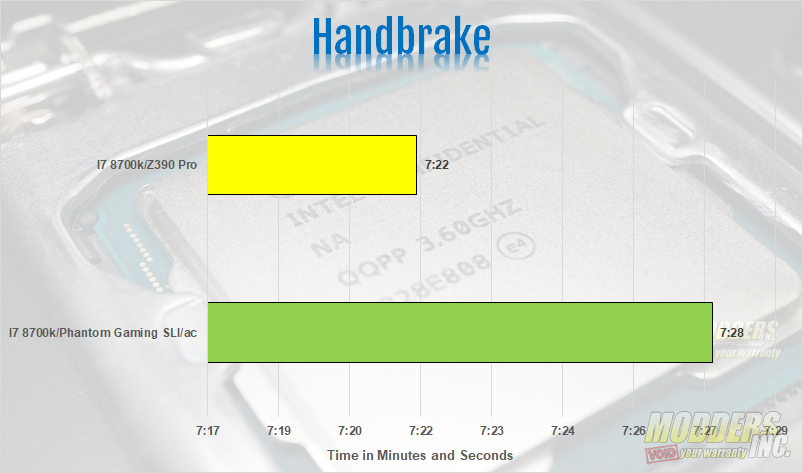