A Closer Look at the ASRock Z390 Phantom Gaming SLI/ac 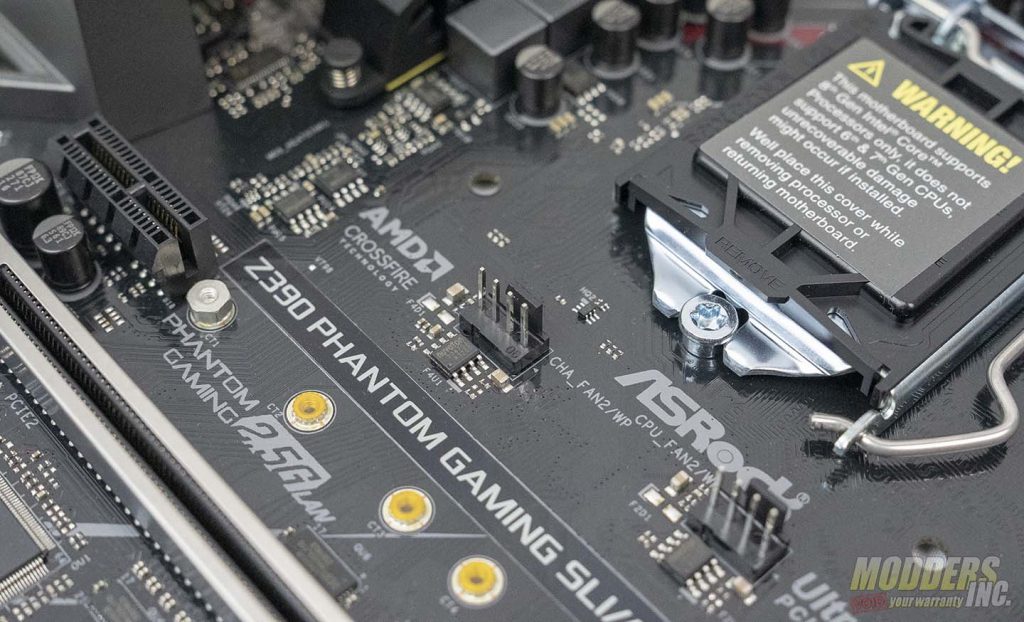 At the top of the motherboard, The Z30 Phantom Gaming SLI/ac has a single 8-pin power connector for power to the VRM and CPU. The Z390 Phantom Gaming SLI/ac features a digital PWM with a 10 phase power DIGI power design and premium 45A power choke. The all-digital PWM design provides the CPU Vcore voltage more efficiently and smoothly. This helps to increase the lifespan and stability of the motherboard.  ASRock’s premium 45A power chokes effectively make the saturation current up to three times better when compared to traditional chokes found on similarly priced motherboards. The  Z390 Phantom Gaming SLI/ac uses Nichicon 12k black capacitors. The 12k black capacitors have an estimated life span of 12,000 hours. That is 20% longer than the average 10k caps on other motherboards. The 12,000-hour rating is estimated at a temperature of 105°c. So with average running temps, they will last much longer than 12,000 hours.

The Phantom Gaming SLI/ac has two M.2 slots that are Optane ready. The dual Ultra M.2 slots support M Key type 2230,2242,2260 and 2280 M.2 SATA3 6.0 Gb/s SSDs and PCIe Gen3 x4 SSD. The bottom slot also supports M Key type 22210 M.2 SSDs. The bottom M.2 slot also has an M.2 heatsink that comes on the motherboard. In the past, we’ve tested other boards with similar solutions. M.2 heatsinks have on average saved about 5°c from the temp of the drives we’ve tested.  This doesn’t really affect performance. However lower temps over the life of the drive can help to extend the lifespan of the drive. The Phantom Gaming SLI/ac is compatible with ASRock’s U.2 Kit for installing U.2 PCIe Gen3 x4 SSDs. There also a vertical, E key M.2 socket on the board. This is where the 802.11 ac WiFi card is located.

There two PCIe 3.0 X16 slots on the Phantom Gaming SLI/ac. When the top slot is occupied, the slot is an X16 slot. However, if both slots are occupied, they will both run in x8. In addition, there are four PCIe X1, or flexible PCIe slots on the Phantom Gaming SLI/ac. The PCIe X16 slots are both “PCIe Steel Slots.” This means the PCIe X16 slots are covered by a steel cover to enforce the slot which helps to prevent even the heaviest of cards from sagging. This also helps to prevent possible signal interference with graphics cards.

In addition to the 8-pin power and 24-pin ATX connectors, there are plenty of connectors on the Phantom Gaming SLI/ac. In total, there are five fan headers. These include one CPU fan header, on CPU fan/Water Pump Header and three Chassis fan/Water Pump headers. There are two RGB headers and one addressable LED headers that are controlled by ASRock’s Polychrome software. There are the front panel connectors on the bottom right-hand corner. There is also a COM Port header, as well as a TMP header along the bottom of the board. The bottom is where the second of the USB 3.1 and one (USB 3.0) header can be found. Each of the USB 3.1 gen 1 ports can support two USB ports for a total of four. The Phantom Gaming SLI/ac has a Performance Mode/ Easy OC Header. Last but most certainly not least is the single Thunderbolt AIC header.

The PCB is using what ASRock calls their Sapphire Black PCB. This is essentially what they are calling the color they use for the PCB. I’ll admit, I do love the color of the motherboard. My X99 system has the ASRock X99 Extreme4 in it currently and as much as I love the board, I wasn’t a fan of the bright blue accents. I’m happy to see more neutral colors on motherboards these days. The PCB on the Phantom Gaming SLI/ac is made from high-density glass fabric.  This helps protect the board against electrical shorts by reducing the gaps between PCB layers. 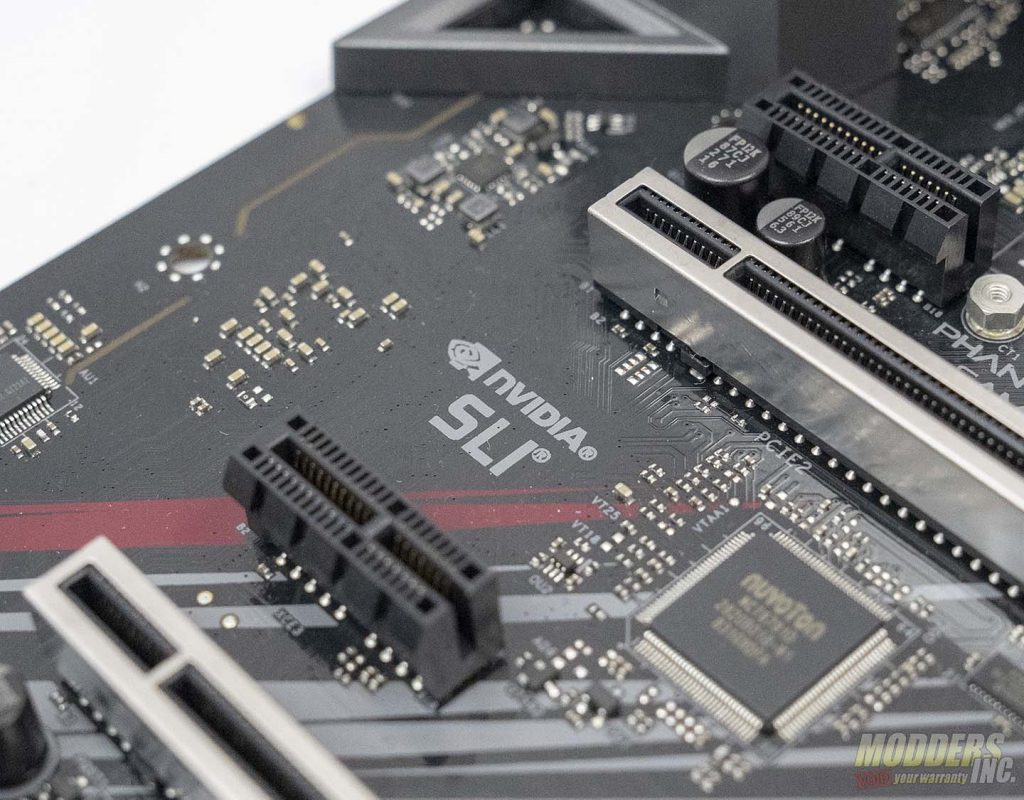